Go around the region, beat the eight Gym Leaders, defeat the Elite Four, then challenge the Champion to be inducted in the hall of fame and watch the credits roll. This is how just about every generation of Pokémon‘s main game have progressed. The latest games change up the formula by replacing gyms with the Island Challenge, but Sun & Moon and Ultra Sun & Ultra Moon still have the games end with the player becoming the Champion. Pokémon Black & White decided to subvert the expected ending, a move not done by the prior two generations nor its direct sequels.

After the player beats the Elite Four, they enter Champion Alder’s chamber to see that N, the apparent leader of Team Plasma, has already beaten him. N knows that Alder’s heart just isn’t into battling ever since his partner Pokémon died, but the younger man is now Champion and declares that everyone in the Unova region should release their Pokémon. When he sees the player, N says that since he recognizes them as a would-be hero, he and his Legendary Dragon-type would battle them and their still dormant one to decide the fate of humans and Pokémon. However, he needs to set the stage for this decisive battle and summons his massive castle to rise out of the ground and surround the Pokémon League. Once the player enters the complex, six of the seven Team Plasma sages try and stop their advance, until (most of) Unova’s Gym Leaders come and fight them off. Black & White‘s Gym Leaders have more in the way of personality to them compared to prior games (even X & Y), and many play small, but important roles in the main story. Seeing them return to help fight Team Plasma really cements that they actual characters rather than obstacles.

As the player progresses through the castle, they learn more about N’s past and discover why he’s such an oddball. N was raised mostly with abandoned and abused Pokémon and had little social interaction with humans. N is made to believe that Pokémon need to be freed from humans. He was groomed to be this way by his adoptive father Ghetsis so that he would possess the pure heart, innocence, and convictions needed to befriend the Legendary Dragon Reshiram/Zekrom and not realize that generally, humans and Pokémon get along well. There is even an apparently often-used playroom full of children’s toys, suggesting that N is more man-child than adult. While these revelations are a bit of an info dump, they do explain N’s idiosyncrasies very well. Once the player find N’s chamber, their Legendary Dragon awakens and challenges the player to capture them. The player then battles N and wins. Upon the young man’s defeat, Ghetsis reveal that his true goal is to take over the Unova region once N used his clout as both Champion and the hero recognized by the Legendary Dragon to convince everyone else to release their Pokémon. Ghetsis would then rule the region behind puppet king N. He sneers at N, calling him an inhuman monster. Ghetsis tries to stop the player from ruining his plans, but he’s beaten in battle and Alder and the player’s friend/rival Cheren take him away. 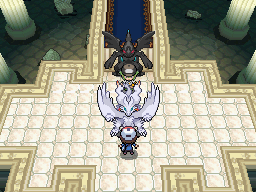 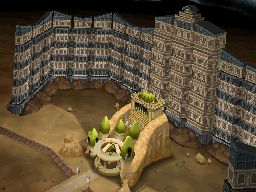 N then explains the full reason why he wanted the player to be a rival hero. When N first met the player and their starter Pokémon, he was flabbergasted to hear that the little monster likes their trainer and likes to battle. As N traveled through Unova, he met many more Pokémon who love their trainers and would never want to be parted from them. N is conflicted, but he felt he had come too far to abandon his goals. He thought that if someone with the opposite ideology rises to oppose him, they can face each other to decide whether humans and Pokémon remain together or are separated. He still feels terrible about what he and Team Plasma did, and needing time to do some soul-searching, N flies off on Reshiram/Zekrom.

To this day, I still believe that Black & White does the best at balancing a trainer’s journey with a major plot line, and that is best exemplified in this ending sequence. B&W‘s trainer journey is outright interrupted by the appearance of N’s Castle and the confrontations therein, but it’s a welcome change from the usual Pokémon League challenge. After all, the end of the main game is actually an ending to the main plot, as opposed to just a player achievement. Heck, the player still has to properly challenge the Elite Four and Alder in the post game. The ending sequence also further develops several characters, especially focusing on the anti-villain N. He’s a fascinating, complex character and while he’s far from realistic, his background, motivations, and personality are certainly memorable. This is all accompanied by several fantastic pieces of music; from the grand N’s Castle medley, to the eerie rendition of N’s theme in his playroom, to the epic-sounding “ENDING ~To Each Future~” that plays over the credits. Black & White still has the best story in the series, at least in my opinion, and the series hasn’t quite reached this high since then. It would be nice to see a new game do a different take on the main story’s ending, at least.