Jade Empire starts by telling the player two things about their characters: he or she is their kung fu master’s pet student, and there is a hole in their defence — not one that any enemy combatant could exploit, but something that is notable to any expert fighter.

This information sits in the background for a good while, not appearing to drive anything but always being there. Later, a very big pile of secrets starts to get unraveled. The player character turns out to be the last of an order of monks devoted to maintaining the proper order of the cycle of death, afterlife, and reincarnation as well as the rainy season — the dragon-goddess was a life-cycle patron. This goddess has been captured and exploited by the Emperor, his Vader-esque right hand man, and his spooky order secret police of martial artists. Your master rescued the player character from being orphaned during the raid that trapped the goddess. 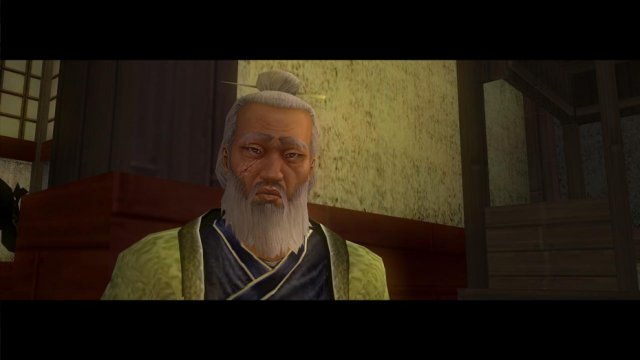 Except not. Your master is in fact the emperor’s brother: the master strategist that engineered his conquests and was ousted after the raid on the spirit monk stronghold. He’s been grooming the player from infancy as an instrument of revenge. And then he slaps his way into the hole in your defence, the one he spent decades very carefully cultivating, leaving you good enough to beat the entire imperial army, but not so good that you can avoid the master’s touch-of-death finisher. Then you die.

You then get to wander the afterlife and finally put together all the pieces of your master’s deception, the grand scale at which you and the setting have been thoroughly hosed by Master Li.

Once everything makes sense, the player gets to crawl their way out of afterlife, reunite with the lovable crew of misfits that form their party and decide whether or not to save the day or wreak bloody vengeance for all this pain your master has put upon you and the world.