The Final Fantasy games aren’t strangers to impactful moments. Almost every fan has an “Aeris dies” story. There is a scene in the series, however, that doesn’t get talked about as much. Imagine if you knew Aeris was going to die. Furthermore, imagine if you were the one that was leading Aeris to her death. Imagine Aeris is ok with this, and is happy to sacrifice herself for the greater good. How would you feel about this? This premise is the central part of the story for Final Fantasy X. It’s one of the most impactful scenes in the game. You realize that Yuna is about to succumb to her final fate as a summoner. A moment that is summed up by the piece of music that accompanies it: “To Zanarkand”.

At the base of Mount Gagazet, the party is facing the ruins of Zanarkand. This is the place you have been trying to get to this entire game. This is also when the gravity of Yuna’s situation sets in. She is about to create the final Aeon, and summon it to defeat Sin. You know at this point that the final summoning costs a summoner’s life. You can’t help but wonder if this is where your journey is finally going to come to an end. There is an air of dread and sadness among the party. Yuna, however, is unfazed. She starts talking about everyone in the party in a soliloquy that sounds less like a goodbye, and more like a letter from summer camp. This ties in with the strength of Yuna’s character. She seems all right with what is about to happen to her. 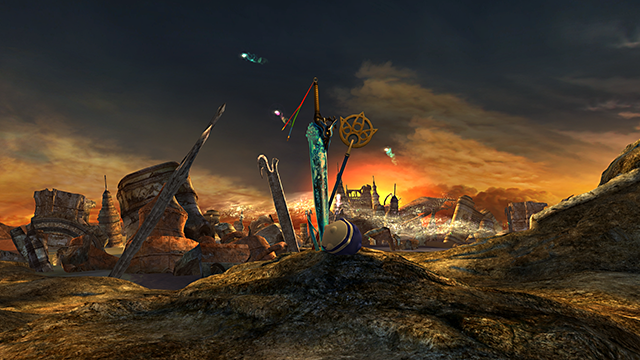 As Tidus approaches her, that’s when the piano kicks in. Everyone is gathered around the campfire, knowing what has to be done, and trying to be there to support Yuna as best they can. If you’re feeling déjà vu at this point, it’s because this is also the moment that kicks off the game. Suddenly, you have context for why the game starts out on such a somber tone. You’ve been essentially leading a sacrificial lamb to her slaughter, and we’re finally at the base of the altar.

Resigned to Yuna’s fate, you go through Zanarkand Ruins. Throughout this dungeon, you see the shades of the other summoners that went through the same journey. These shades say goodbye to their loved ones as they decide to sacrifice themselves for the greater good. You eventually find out that there is no specific Final Aeon to speak of, but there is a way to create one. A series of scenes play out, talking about how this cycle needs to be broken once and for all. These scenes are also accompanied by a vision of Jeckt, Braska, and Auron, who also comment about the cycle being broken.

The party confronts Yunalesca, telling her that the final summoning is just a false tradition that needs to be thrown away, and all it does is just cover up the true problem. Yunalesca then attacks you, saying it would be better for you to die than live in false hope. Congratulations, because you are now in the hardest boss fight in the game up to this point. After countless deaths, trips to the internet for advice, and perhaps a broken controller, you FINALLY beat Yunalesca. The tone of the game is changed now. Instead of a somber pilgrimage, you’re ready to stop Sin once and for all, even if the whole world brands you a heretic for it. 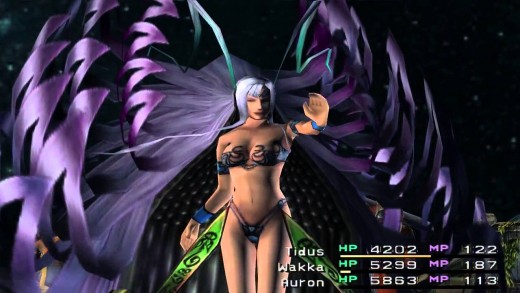 I cannot emphasize enough the feeling of dread you experience for this entire sequence. From the moment I emerged from Mount Gagazet, right up to where I fought Yunalesca, I felt guilty for what I was about to put Yuna through. Of course, Nobuo Uematsu brings his A-game with his touching piano piece “Zanarkand” to make you feel even worse. The piano kicks in, you are given context for the scene at the beginning of the game, and a lump starts to form in your throat knowing what’s about to happen. This is why, when Yuna rages at Yunalesca, you are right with her. This is also why beating Yunalesca is so satisfying. Not just because she is one of the hardest bosses in the game, but because you are NOT going to take this cycle of death anymore, and neither is the rest of the party. This is one of the most powerful feelings I have ever experienced in a game. It’s why Yuna continues to be one of my favorite video game characters of all time, and why I’m glad she stood up for herself, not only to save her life, but to truly save the world.