After a (very) long time of awakening and reawakening the elemental crystals, then exposing Airy for the deceitful little fairy that she is, the Warriors of Light defeat her and confront her true master, the god of destruction Ouroboros. For countless years, he had Airy connect the myriad Luxendarcs of the multiverse by overloading their crystals so that he could escape from the Infernal Realm, devour all of the worlds, then invade the Celestial Realm, the land of the gods. Ouroboros desires to bring chaos, corruption, and brutality — plus what he apparently considers excitement — to the realm and then remake all of existence in his image. Shortly before the first battle commences, he sees that there is a celestial being inside Tiz. Seeming to talk to this entity, he says “You mingle with lesser creatures. Feign sentiment. You revel in others’ bloodshed and weep at the death of idols…” He has harsh stuff to say about this celestial, but he is an evil god. At first glance, Ouroboros’ plans seems unoriginal; basically, the Bravely Default version of Satan wants to invade the Bravely Default version of heaven. The multiverse angle is a little different, but this has become a popular plot device in recent years.

Ouroboros transports the Warriors of Light to his native Infernal Realm to begin the second part of the final battle. Although the vampire Lester DeRosso comes to seal away Ouroboros’ regenerative powers, the dark god is still able to heal himself by consuming other worlds, including a Luxendarc that apparently belongs to one of the player’s 3DS friends. Agnès cries out in despair at this destruction, but soon the party hears a familiar voice through her pendant. She tells them not to give up and to reach out to their counterparts in parallel worlds. This voice, a different version of Agnès herself, also speaks to the celestial being, asking them for their help. Soon, the Warriors of Light in other Luxendarcs are seen fighting off Ouroboros’ power, preventing them from being devoured. Knowing they can leave the rest of the multiverse in the hands of their counterparts, the party fights on. However, the boss is still within reach of his goal and he shows the Warriors the Celestial Realm.

The internal 3DS camera turns on, and assuming there’s nothing blocking it, you should see your face on the screen. Yes, you, the player; the one holding the 3DS. 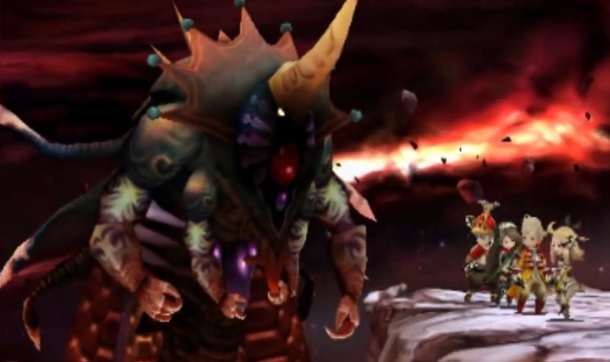 Bravely Default never outright states it, but it strongly implies that you are the celestial being and that the real world is the Celestial Realm, or at least has some connection to it, though the events of Bravely Second muddy this a little. This seems outlandish at first, but at this revelation many previous scenes, lines of dialogue, and other things fall into place and make much more sense. Before the summoner Mefilia dies several chapters ago, she senses that Tiz has two souls. The summons look like bizarre hybrids of creatures and modern technology, such as Promethean Fire being a dragon-train and Hresvelgar being a jet plane merged with a bird. They are implied to be from the Celestial Realm, so either their strange appearances are due to the game characters interpreting jets, trains, and other objects that way, or that inexplicably crossing the boundary between the real and the game worlds has turned them into these summons. The Dark Aurora, the final dungeon in the game, also has modern-day objects like traffic lights and train tracks that stick out of the ground. When the player summons their friends’ characters to perform attacks, it is more than just a fun mechanic, but is actually an integration of the gameplay and story. Your 3DS friends’ games are universes unto themselves, which is why you can see their names adorn these worlds during ending sequence. Your friends are helping you defeat the final boss. And yes, Ouroboros mocks you for getting emotionally invested in the game and his goal is to break the fourth wall.

The Celestial Realm/real world connection even goes as far back as the beginning of the game. A fairy that looks a lot like Airy seems to be speaking to the player, asking them to stay until the very end. In a sense, she is addressing you directly. Shortly after, a prompt follows asking the player to use an AR marker. If you do this, a short scene plays, seeming to show Agnès in the same location as you, begging for your help before she falls through the ground. This is more than just a gimmicky scene using the 3DS’s AR capabilities; this Agnès, the same one that speaks to the party through the pendant, is more or less in the Celestial Realm, in the real world, addressing a being that is like a god to her.

By beseeching the player directly, she is somehow able to appear in multiple worlds simultaneously for a short time before she dies. She gives important information to many Lester DeRossos and the Sage Yulyanas so that they will set into motion the events that will lead to Ouroboros’ downfall. Even after the evil god’s death, there are two more scenes reinforcing this connection: Tiz decides to release the spirit that has been guiding him and keeping him alive. He nearly dies and will remain unconscious in a tank of fluid for another two years. After all the game is over; you won’t be animating Tiz anymore. Then at the very, very end, a familiar fairy returns. She thanks you for stopping her sister’s plans. I had almost forgotten about that very first FMV, and I was stunned when I recalled it and realized that the fairy in the beginning was not Airy. Not only that, but she had asked for my help to save Luxendarc. It’s rather touching. 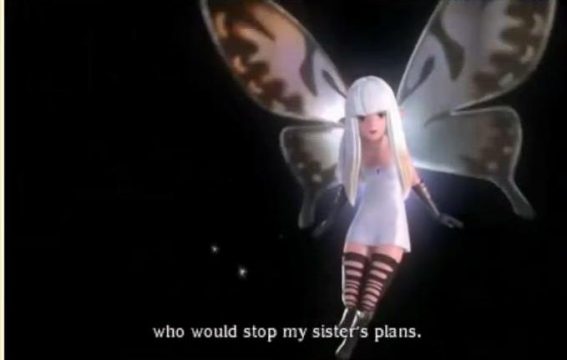 Bravely Default has the most elaborate and brilliant fourth wall breaks I’ve ever seen in a video game. What’s especially astonishing is that the characters never recognize that they only exist in a video game. Instead, they interpret us as deities and the world we inhabit as a divine realm that exists outside of theirs. I also love it when a video game doesn’t have the player take on the role of the main character, but is an outside entity that is able to influence the game world. My mind was thoroughly blown by this ending; just recalling it as I write this is giving me a sense of awe. Bravely Default may have some big flaws, but it has left quite the impression with this one moment that ties together so many things.

One last thing I’d like to add: it’s obvious Ouroboros knows little about the “Celestial Realm” if he thinks this place is free of war and strife.