The first Mass Effect taught us the hard way that, just because a character is a vital member of your squad, their survival is anything but guaranteed as the story unfolds. Although the third installment left many feeling that their choices did not matter anymore, the first two games in the series were a different story altogether.

So when Mass Effect 2‘s big showdown drew near, and the term “one-way trip” started being thrown around casually, red flags immediately started going up. After all, no matter what squad mates a player chose to recruit and managed to keep, it’s likely that, after two games, they’d spent dozens upon dozens of hours getting to know them, uncovering their backstories, and caring for them, as friends, partners, and sometimes even more. 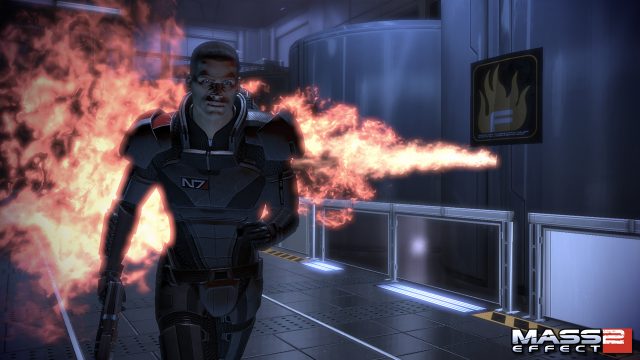 After the Normandy crash-lands on the Collector base in a white-knuckle spaceflight cinematic, during which the team may already suffer a few losses, the remaining group begins casting meaningful glances at each other, silently nodding in solidarity in the face of possible death. With heroic preamble, it’d be great if everything turned out well, but we all know that scenarios like these are rarely followed by Hollywood-style happy endings.

Right from the beginning of this main part of the mission, and all throughout as it runs its course, the player is continuously asked to choose squad members to take on key roles in the assault, and split the remaining roster into various groups to cover more ground simultaneously. Who must go by himself to act as the tech hacker to open a vital door? Who, if anyone, should escort the colonists back to the Normandy while the rest of the group pushes on? Who stays behind as a reliable rear guard? 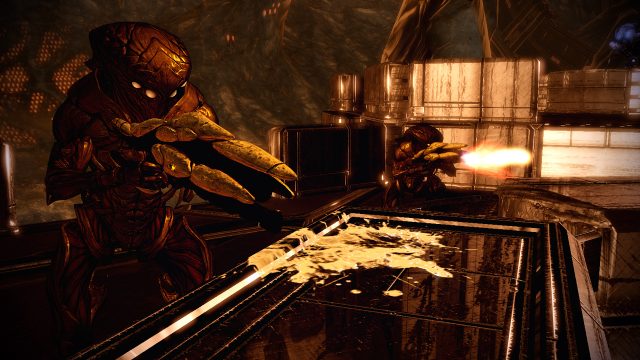 Based on the heat-of-the-moment player decisions to these and other situations, entire groups of your friends may ultimately be terminated. Of course, it seems likely that most players will choose their best and most trusted companions to take on some of these key roles, which makes it even harder. As the action continues all around Shepard, you can’t help but wonder if you just sent your best friend to his certain death. Even sticking with Shepard in the player-controlled party is no guarantee, as everyone, including Shepard himself, can go to ground, even if the mission is carried out successfully. Sometimes it may be clear who is best suited for a particular job. But even then, doubt gnaws relentlessly. What events are scripted, and which ones came about by player choice? It’s never quite clear what dice are really rolling behind the scenes.

In a genre dominated by Revival Tonics and Phoenix Downs, it’s no wonder that a life-or-death gamble like Mass Effect 2‘s suicide run is a memorable event. Going into this and expecting a 100% survival is probably a fool’s bet. That’s what makes it one of my most memorable moments in my personal RPG history when I managed to pull my entire team through the mission unscathed on the first attempt, without any outside assistance. Of course, the game ends immediately after, so this scene doesn’t really have any lasting impact on ME2, but certainly on the franchise as a whole, as nothing in the trilogy ever became as tense, emotional, and personally satisfying, either before or since. Whatever the developers decided to do with the characters from then on out, I’ll always remember that one well-deserved heroic team that saved the galaxy, and walked away from it without a single loss. It’s pretty epic.