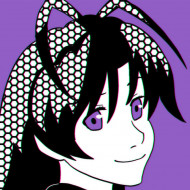 StrawberryEggs
Cassandra joined RPGamer in February 2011, starting out in News & Media. She is currently head forum administrator and still wants to help news posting, but needs to find the time to do so.
This user account status is Approved
About About
Comments Comments

Sailor Moon
Vandread
Haibanei Renmei
I My Me! Strawberry Eggs
Gankutsuou: The Count of Monte Cristo

No full bioI've been visiting RPGamer for fourteen years now, first drawn by news and screenshots, staying for Q&A and the forums. When a hiring call went out in 2011, and I had more time on my hands as I had just finished college, I jumped at the chance to join.

I am Cassandra, known around the forums as Strawberry Eggs. I'm currently the main administrator on the forums and on rare occasion write news. Sadly, my current line of work at a large OB/GYN practice as well as taking care of my parents has left me with little free time these days. I have written a number of reviews and am the occasional guest on the RPG Backtrack and popped in once or twice on some of our other podcasts. I'd like to think I'm a good writer, or at least a competent one.

I've been entranced by video games since I was four, watching my older cousins play Super Mario Bros. on the NES. I didn't get my own system until the Game Boy Pocket when I was nine. I mostly played platformers and the occasional puzzle game until 1998, when I was introduced to Pokemon Red. Strangely, that didn't start my love of RPGs, as I only played Pokemon Gold/Crystal and Paper Mario afterwards. That didn't start until 2003, when I got my hands on Phantasy Star Online: Episodes I & II. From there I've played RPGs almost exclusively. Though I've played console/JRPGs almost exclusively up to this point, I'm willing to give anything a shot and have been meaning to try out western/PC RPGs. Well, more WRPGs than Ultima IV, anyway.

Other random bits info on me: I love anime and read manga as well as fantasy novels, though I'll read just about anything. I just love to learn things in general, as I dabble in history, science, religions, mythology, and so forth. I can be a bit of a know-it-all, heh. If you'd like to ask me something, email me at strawberry-eggs@rpgamer.com. provided.