by Michael A. Cunningham

Mass Effect 3 is often a controversial title to discuss due to the handling of its ending. As the final chapter of the trilogy, it held a heavy responsibility to weave together all of the choices players had made throughout all three games. The third game’s final choice can easily be considered a blunder, but despite that the last game still offered some amazing moments that had roots in all three.

The most powerful storyline in the Mass Effect series for me is that of the Krogan genophage, as the decisions made when dealing with it tie into all three titles. The genophage is a biological weapon used to weaken the aggressive Krogan by making them sterile and causing their population to dwindle. Starting in the first game, the standoff with Wrex and Shepard is a key moment for players as they must decide whether to go against their orders to destroy a possible cure for the genophage by siding with Wrex or to kill their Krogan ally who is adamant about finding a way to help his people. As a huge Wrex fan I chose to support my friend and try to find the cure, but to no avail. 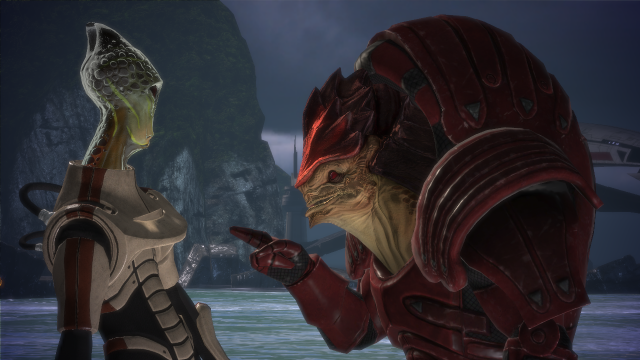 The storyline continued in the next two games with the introduction of party member Mordin Solus, the Salarian scientist who played a key role in the development of the genophage. All things loop back together in Mass Effect 3 with a focus on Mordin’s past as the genophage cure is finally within grasp and decisions made during the events leading up to this all converge in a last stand on the Krogan planet Tuchanka. In my game I had kept Wrex alive, revealed the attempt sabotage of the cure, and led Mordin safely to the facility.

It was here that things got real. All along Mordin had been claiming that his desire to help cure the genophage was simply a logical choice that would benefit all, but when it came down to it he simply felt guilty that he had made a mistake in releasing this weapon and was seeking redemption. As the facility crumbled around them, my Shepard allowed Mordin to make his way to the top of the tower to release the cure even though it would mean his own death. This sacrifice, topped off by Mordin’s reminiscent singing (a throwback to a choice from the second game), was a powerful moment that showed that despite the rocky ending, the Mass Effect series had some truly amazing character moments that could vary wildly based on how the game had been played to that point. Mordin wasn’t even a favorite character to that point, but his moment to shine changed everything about how I felt about him and the burden that he had been hiding from for two games. I couldn’t help but shed a tear for my quirky alien friend. 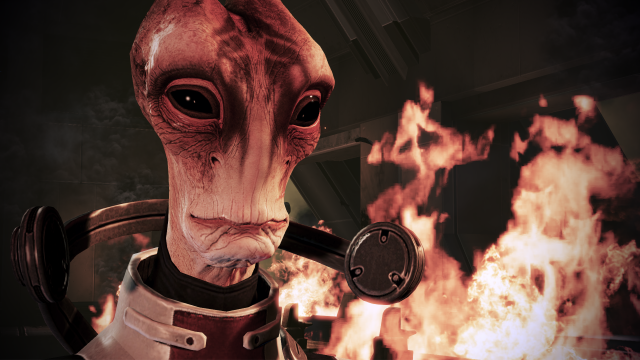