2022 has been off to an interesting start. Although I can’t say I’ve been thrilled by the mandates entirely being lifted in my province, it’s always something I’m trying to accept given it’s out of my control. Most of these months were spent mentally taking care of myself, as the winter blues took over throughout the month of February. There have been some positives, as I got to reconnect with some of my good friends, catch up on their lives, and check in on how they are surviving through the pandemic. I also heavily got into working out, and baking, which I haven’t decided if it’s been a good combination. Here’s a cinnamon loaf that I made! 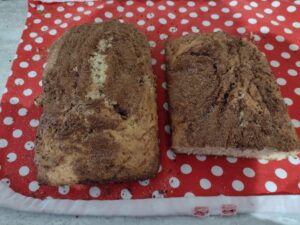 Given winter is a time for coziness, there were a lot of days after work or on days off where I just curled up in my chair with a large cup of tea, my chonky bulldog, and got lost in some great games. During my last backlog update, I mentioned going through a list of ten games I wanted to complete in 2022, and I have definitely made some progress. Of the ten, I’ve completed three so far, and am in the process of playing two others. So far in the span of three months, I’ve also only purchased four games, and given I have completed eleven so far, I feel it is not a huge dent in the backlog. For the purposes of this feature, I’m only going to focus on the games I haven’t written articles or reviews about. If you would like to read more of my in-depth thoughts, check out the following: 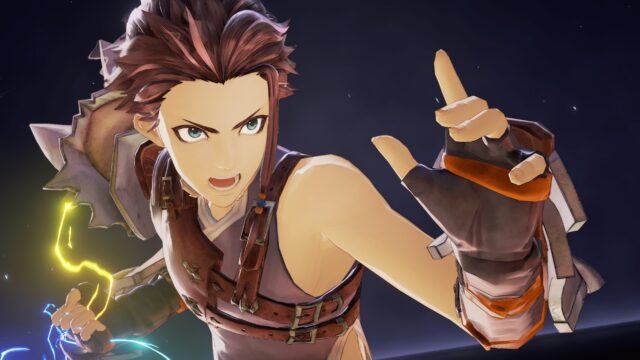 Sands of Destruction: I bought Sands of Destruction years ago for ten dollars and decided I was going to be a helper for an upcoming RPG Backtrack by playing it all the way through. I have since finished the game, and honestly, I don’t know what the heck I played. This game is a colossal mess, with its unbalanced combat system that is so cool in concept but lacks consistency and often provides more frustration for players. It has a dark story that in the end is… pretty stupid. The big twist was something I easily figured out, and I had a great laugh when the reveal was made. Thank you Harry Harrison and “Make Room! Make Room!” for giving sci-fi fans such an iconic moment that Sands of Destruction tries, and fails at.

This is one of those games I should have quit, but it was so ridiculous that I found myself hate-playing it, which is not healthy. I will say, I do like the characters, other than Kyrie and Morte. I feel like everyone else, especially Taupy, was pretty fun, but lord love me those main characters were so dreadful. Morte just murders everything and everyone and that is her motive, while Kyrie spends most of the game going “Well, I guess everything is my fault.” He even says this while he’s being murdered by enemies, and I’m like “Dude, please have some self-respect!” and no, he just doesn’t get any better. I’ve heard the anime does a much better job of everything, but I don’t know if it’s a route I plan to explore in the future. I will say this is not the worst imageepoch game I’ve played, that title still belongs to Time & Eternity.

Tales of Arise: Words cannot describe how happy I am to have played through a new Tales game. I did not enjoy Zesteria, and I loved elements of Berseria, so I had high hopes for Arise as being a new favourite. Shocker, it was! Was the story the most original? No. Was the combat as fast and frantic as previous Tales games? No. Did I absolutely love everything about the game? Yes. I was completely hooked to Arise, to the point where I put nearly sixty hours into it and got almost all of the achievements. It’s been a long time since I’ve loved an entire Tales cast, but every character in Arise is so loveable. The game also graced me with not one, but two himbos, which was a wonderful blessing. Seriously though, I love Law, and he ended up stealing my heart the whole game. He’s such a doofus. I felt a lot of emotions playing Arise, and I feel like it’s a step in the right direction for the series. Also, the game lets you collect owls, and you bet I got all of them! Thanks, Hootle! 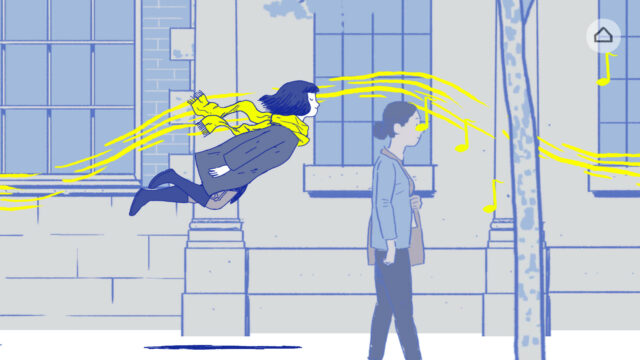 Floating in a dream.

Despite completing a lot of 30+ hour RPGs, I did also play through a bunch of smaller titles. I started the year off by completing the third game in the Dark Pictures Anthology, House of Ashes, which I loved. I even think of the three titles released so far that it is my favourite. It’s very weird and has a great blend of sci-fi horror elements. It’s also a great story that keeps the player guessing and provides you with a group of people who all have various flaws, but they are hard to hate. I am so excited that Supermassive Games is giving me a double dose of horror this year with the release of The Quarry and The Devil in Me.

I also played a lot of adorable animal games, besides Pupperazzi. I played through Summer Paws, which was an adorable hidden object game featuring cats, while my dearest friend and former RPGamer colleague, Becky Cunningham, gifted me Cats Organized Neatly, a kitty puzzle game where you need to fit cats neatly into enclosed spaces, and they yowel a lot. I also completed Detective Pikachu and it was just fine? I remember how excited I was when it was released, so to finally finish it years later and to feel meh on it is really disappointing. The last non-RPG I completed was Florence, which I adored so much. I think Florence is one of those stories that many people can relate to, the gameplay of doing your day-to-day chores with the Switch joy-cons feels surprisingly organic. I feel somewhat sad having completed the game since it recently came out that staff was abused at Mountains. People Make Games did an interesting investigate video surrounding some indie companies, including Mountains, that have abuse allegations. The video is worth the watch. 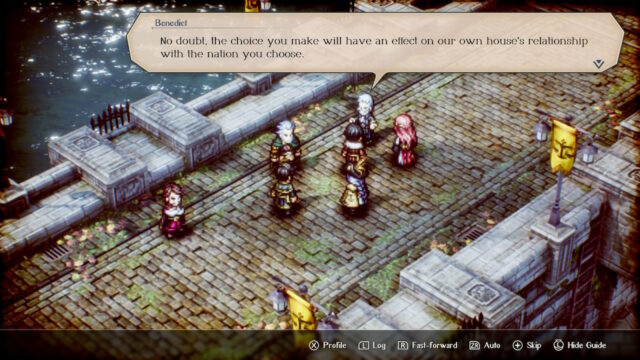 But I am bad at making choices!

Goodness, what am I not playing? After completing Horizon Forbidden West, I started a playthrough of Triangle Strategy with my roommate. We have been playing the game together, taking turns making decisions, and working through the battles. We are fully team Narve, even though he needs to stop dying. We are both enjoying the experience, and we spend a lot of time chatting about the major decisions before we make them, weighing every single pro and con that we can think of. The decisions are so interesting and the cast of characters are wonderful, as you have just enough information to know who they are and their motivations. The battle system is fantastic, and I can honestly say I haven’t been addicted to a TRPG in a long time that wasn’t my beloved Final Fantasy Tactics. We have only just hit chapter nine, as we have a long way to go, and more awful decisions to make.

I’ve also been playing through Dark Deity for review, though I’m not super far into it to have a fully formed opinion at this time. I also have been playing Spiritfarer on my PS4 when I need a bit of downtime, and it’s such a magical little game. I’m really enjoying a lot of the story beats, and the simple sailing mechanics. I also plan to go back to Prey, as I was enjoying my murder fun spacetime game where all the coffee cups are trying to kill me. We shall see if I make any more progress on my “Ten Games to Beat in 2022” list, as I haven’t decided what game to start after completing Sands of Destruction, though I am leaning towards Dragon Quest VIII. My hope in the spring is to be a bit out and about more, though I am not sure how ready I am for big gatherings given everything going on in the world at the moment. We shall see how the next three months fare!