In this edition of the column, we take a look at Nina Aquila Legal Eagle, Season One on PC.

From the moment you boot the game up, it’s evident that Tanuki-sama Studios’ Nina Aquila: Legal Eagle, Season One is a love letter to the Phoenix Wright series. With welcome humour, quirky characters, and crazy cases, this game has a lot to offer to those who want the courtroom drama but may have more limited time on their hands. While it’s nowhere near the caliber of its inspiration, it is an absolutely fun game to play given its four-to-six-hour completion time.

Taking on the role of a young legal eagle, Nina Aquila, players will work through three cases, each with some overarching plot elements. In the first chapter, Nina and her mentor Anya are defending a cosplayer who may or may not have committed arson, and after a costly defeat in court, their lives change forever. With her mentor Anya in prison and her life in shambles, Nina struggles to take on enough cases to stay afloat. Soon after, she meets Dylan, a young man who begs her to take on a murder case involving his best friend whom he is convinced couldn’t have committed the crime. The last story in the season focuses on illegal street racing, with Nina and Dylan having to defend a group of racers who were accused of causing an accident that killed a fellow gang member.

Each of these stories is interesting and engaging, and the game gives all the clues players need before moving into the courtroom. The dialogue is funny, and Nina as the heroine is a star. She is such a loveable character, with a quick wit and the ability to think on her feet. The supporting cast also gets a good amount of attention, especially in the investigation portions of chapters 2 and 3. The characters are likeable and the writing is very engaging throughout. Like Phoenix Wright, the game includes a lot of craziness and leaps in logic, but as always with these courtroom adventure titles that is part of the fun. Unlike the insane characters encountered in Capcom’s famed series, the majority of the ones in Nina Aquila never quite hit the same intensity level, which definitely helps set the game apart. 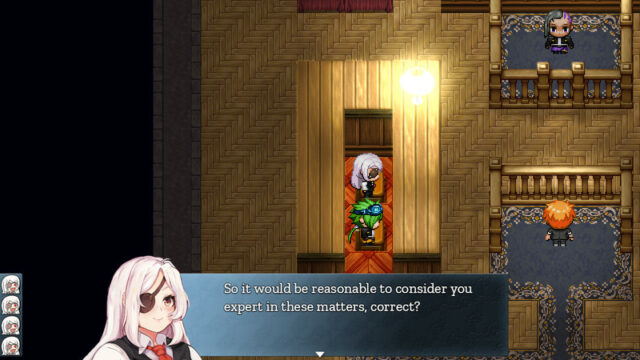 With the exception of the first chapter, each has an investigation period and a courtroom trial. During the investigation period, Nina and her assistant will investigate each crime scene to gather as much information for the trial as possible. The majority of the investigations are very straightforward, with the exception of the mandatory mini-games. When players move into the courtroom sections, Nina will have to use her wits to refute the prosecution’s statements, and players will have to press witness statements to gain more information and present evidence in order to turn the trial around. If Nina fails to get the information correct, she receives a penalty. After five penalties, the game is over. Veterans of the Phoenix Wright series will know the flow of gameplay here quite well, and Nina Aquila doesn’t do much unique to stray from the formula.

One addition that Nina Aquila makes is the inclusion of mini-games. Unfortunately, the mini-games are quite hit-or-miss. In chapter 2 there is a turn-based card-battler mini-game where players will set specific units out based on fire, water, and wood, and Nina must duke it out with other players in order to gain information regarding the crime she is investigating. During this mini-game, Nina can take damage if her combatants get hit, though players can turn damage off and enjoy it for story purposes as well. This mini-game is decent and mostly inoffensive. 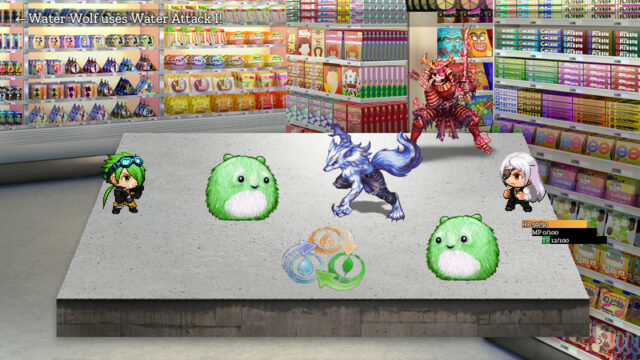 This is not similar to card battles on motorcycles… no, not at all.

Chapter 3’s mini-game, however, is a perfect example of content padding in a video game. This mini-game requires Nina to participate in illegal street racing matches in order to gain information from the members of each gang. In it, players have to guess what move to use in order to get ahead in the race, which is not fun. The races are long, it’s not always easy to predict what to select to get Nina ahead, and honestly, it’s boring. Thankfully, players can have Nina auto-race to win, but they still have to view the races in full for, presumably, dramatic effect. Unfortunately, if that is the case, it fails spectacularly. While it’s nice to have mini-games included as part of the investigation experience, I found myself just wanting to get back into the story and was far less excited at having to race every single member of each gang for what amounted to very little payoff in some cases. This type of padding in a video game is infuriating and it feels like it could have been streamlined much better.

The game’s RPG Maker graphics are nothing groundbreaking but are quite serviceable. Nina’s portrait art, however, is fantastic and very playful. There’s nothing more entertaining than finishing the in-game day and getting an image of a snoring Nina with a bag of chips. The music throughout the game is also quite good, and definitely fits the tone of courtroom drama.

Despite the mishaps with the mini-games, I do think Nina Aquila: Legal Eagle, Season One is absolutely worth the play, especially for the price point. The main story as well as each of the chapters’ individual stories are absolutely compelling and the cast of characters is quite charming. While I absolutely adore the Phoenix Wright series, I love that there are developers wanting to use a similar formula to tell their own stories, and that is where Nina Aquila shines. I absolutely cannot wait to see what Season Two has in store for Nina and her companions.