Despite being in Early Access, UnderMine shows an incredible level of polish and it can only get better as the final leg of development progresses.

Welcome to the UnderMine, peasant, where you are highly replaceable.  Try not to die too fast, OK?  Well, I suppose it’s fine if you do, the canary will let us know.  Then we’ll send another peasant down to scrape whatever loot off your dead body they can.  Ready?  Great, down the hole you go. 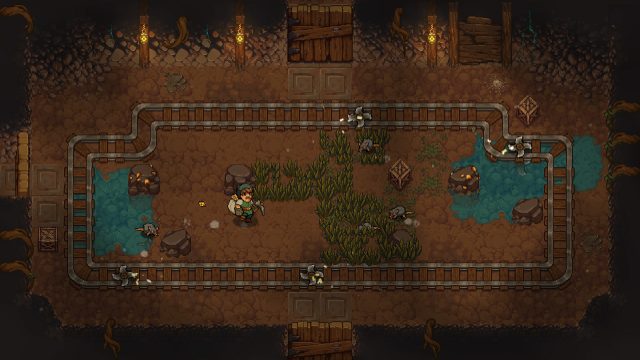 For those interested in the word soup descriptor of action-adventure roguelike with RPG elements, but thought Binding of Isaac was a little too gross, there’s a new game in town.  Get comfortable with failure, because it’s going to happen.  A lot.  Over and over and over again.  Peasants rarely come with much training, after all, though thankfully with permanent upgrades they can be trained to be a little hardier with each subsequent generation.

Jumping into the eponymous UnderMine, players are tasked with exploring a massive underground structure, digging up all the gold possible.  There are also plenty of items to loot that will improve a character, though they go away when a peasant falls.  At the start of the game, a sage wizard will hand the first peasant generation a book, which will be gradually filled out as the player progresses through the game.  Though one generation may fall, the next gains from the knowledge that those before pass on.

That isn’t to say a peasant plumbs the depths without any assistance — armed with keys, bombs, and food, they’ll traipse through a variety of randomly generated rooms.  There are also certain key events that will happen on specific floors; for example, the blacksmith will always be trapped on the second floor, though where on that floor he will be varies from game to game.  Much like Zelda, there are also numerous bombable pathways for the peasant to discover. 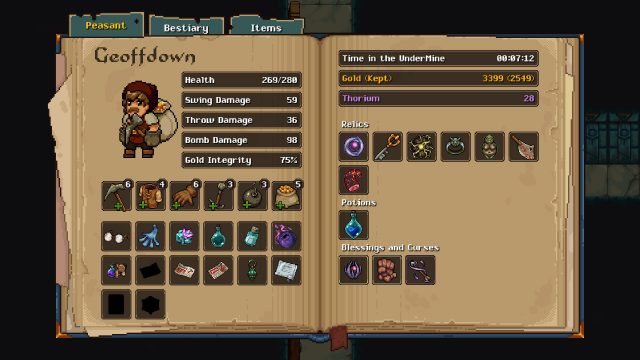 One particularly appealing aspect of the game is how the environmental actions feed into each other.  For example, sometimes the peasants will find barrels that can explode, which not only sets off an explosion but also sends sparks flying.  If those sparks land on something flammable, it also gets lit on fire; if the sparks land on food, it cooks the dish for additional recovery.  Recognizing the challenges around themselves is key to surviving the UnderMine’s challenging depths.

When a peasant dies, their loyal canary companion will take a portion of the gold they have earned and return it to the surface.  As the player completes quests and frees additional NPCs from insider the UnderMine, the peasants will be able to make upgrades that will travel across each generation, increasing the likelihood of survival.  Moreover, the game dynamically adjusts the difficulty based on the player’s actions.  For those breezing through the levels, the game will subtly adjust various factors to create a larger challenge; those who are struggling will find the game giving them a slightly easier time, and these small adjustments are ongoing throughout the length of the game.

Despite being in early access, UnderMine shows an incredible level of polish and it can only get better as the final leg of development progresses.  For those who want to grab the game on the cheap before the price rises on official launch, pick up the game on Steam Early Access right now with console releases on Xbox One, Switch, and PlayStation 4 arriving in 2020. 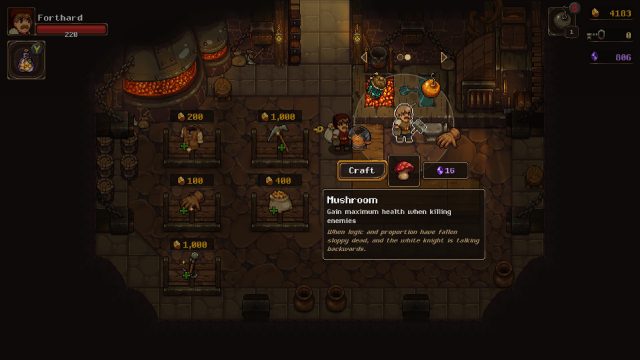