Key developers behind the Wild ARMs and Shadow Hearts series have announced new spiritual successors to both. Armed Fantasia is being developed by Wild Bunch Productions and Wild ARMs series creator Akifumi Kaneko, while Yukikaze and Shadow Hearts series creator Matsuzo Machida are developing Penny Blood. The two teams are joining together for a shared Kickstarter campaign, which will begin on August 29, 2022. In addition to the details below, those looking to read more about Armed Fantasia and Penny Blood can check out RPGamer’s interview with Wild Bunch Productions and Yukikaze.

Armed Fantasia is set on a world heading to destruction and sees players venturing across a “Westernpunk” wilderness. The game is set in the land of Londenium and follows a young man named Ingram, who leaves his hometown after he loses his grandfather. Hoping to reconnect with a childhood friend, Ingram joins the Pathfinders, a group of adventures that target ravaging creatures called Anomalies and wield ARM (Aether Reaction Maximizer) weapons.

Armed Fantasia has a large-scale world map with players able to explore land, sea, and air in vehicles. It will feature numerous dungeons that make use of the party’s gadgets, with each member having a unique gadget. Players will need to swap between gadgets to solve puzzles and overcome obstacles and traps.

The game features quick-paced, turn-based combat dubbed the Cross Order Tactics system. Players use successive character actions to generate its Chain Order and can use Force Breaks to interrupt the enemy’s turn-order.

In addition to Wild ARMs series creator Akifumi Kaneko acting as lead game designer and scenario writer, character design is being handled by Tomomi Sasaki, with its music being created by Michiko Naruke, Noriyasu Uematsu, and Elements Garden. Armed Fantasia is being developed initially for PC, with PlayStation and Xbox console versions being considered based on the upcoming Kickstarter campaign.

Penny Blood features a 1920s gothic horror setting. It follows an investigator called Matthew Farrell whose inquiries take him across the world America, Europe, and Asia in search of allies in a world twisted by cosmic horrors as it reels from the First World War. Matthew starts the game as a lone wolf private detective in New York. Working for the Bureau of Investigation, he uses transformative powers inherited from his father to hunt down monsters. After an incident at a mental asylum, he travels across the world looking for using cosmic powers for malice.

Penny Blood will also include a Sanity Point system, where the heroes sanity is affected by their interactions with demonic entities. If they lose too many Sanity Points, allies will succumb to madness, which is not fully negative as it increases their strength, but it also causes them to lose control.

In addition to Shadow Hearts creator Matsuzo Machida acting as director, the game will feature character designs from Miyako Kato, as well as music composed by Yoshitaka Hirota and Akari Kaida. The game is being developed for PC initially, with PlayStation 5 and Xbox Series X|S versions planned to follow, with a Nintendo console release also being considered.

The Kickstarter campaign will have a shared goal of $750,000, with funding to be splits between the games based on the individual pledges. Both games will get their own stretch goals, with pledges affecting the appropriate title’s goals, though a shared Combo Meter will unlock its own of set of goals on both titles. 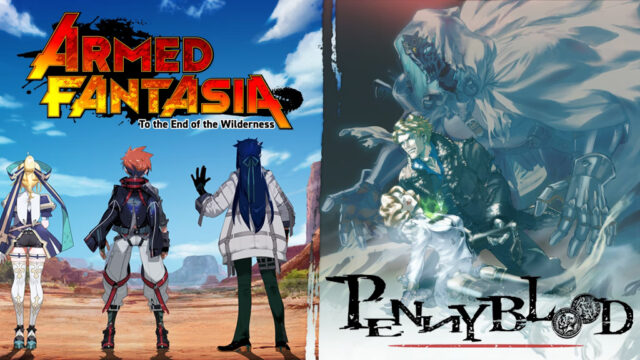