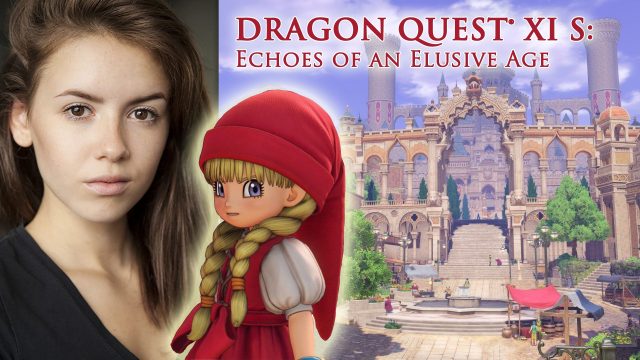 Dragon Quest XI: Echoes of an Elusive Age, which was originally released for the PlayStation 4 in the west in 2018, has won many awards including RPGamer’s Game of the Year. It’s known for its memorable characters, one of them being the sassy and lovable Veronica. Elmon Dean Todd had the opportunity for an exclusive interview with Veronica’s voice actress, Lauren Coe, about her acting role behind the scenes of one of the most popular JRPG series of all time.

Elmon Dean Todd: Please tell us a little about yourself. How did you get started in acting?

Lauren Coe: I’m from Dublin, Ireland originally. I always did drama classes and musicals as a kid and teen, and when I was finishing school a new drama school called The Lir was opening up in Dublin and I was fortunate enough to be accepted in on my first try. I trained there and graduated in 2014. I moved to London a few years ago and although I’ve been back and forth for work quite a bit, I consider London home.

EDT: How did you land the role for Veronica? Could you tell us the details of that audition?

LC: Oh gosh, it was a long time ago now, I don’t really remember! I have a voiceover agent, and they sent me the scenes I needed to prepare. I recorded them on my iPhone and then I think I was called into the studio for a recall, which is second round of audition. As in, if casting like your work they will ask you and other actors to come in and read again and then compare the options before making a decision.

EDT: Compared to your other previous roles in film, how was this project different?

LC: V/O is different to film in that you can’t really prepare much. Sure, you can work on your character’s tone and register, but with Dragon Quest, I wasn’t sent or shown a full plot or script. All I was sent were my lines, and then I would go into the studio and be shown a clip from the game I had to match, with the director giving a basic context of what was going on and what had just happened. So it was very different, but great, because you don’t have too much time to think. 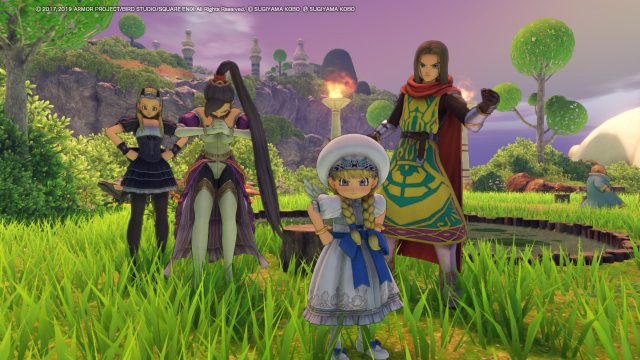 EDT: Dragon Quest XI is a very long game with many cutscenes. How long did it take to complete your voice-overs for Veronica and were there any memorable lines for you?

LC: I worked on Veronica sporadically over about six weeks in two-hour sessions, with later pick ups dotted along the rest of the year. No particular lines spring to mind, but I had great fun crushing on Sylvando and creating her battle noises.

EDT: Veronica is a very sassy character, quick to tell others her opinion. Are you in any way like your character?

LC: Haha! I’m definitely more polite and less confrontational, I guess like her I’m not too fond of authority.

EDT: Do you have a favourite moment from Dragon Quest XI?

LC: I wish I could remember, but it was years ago now.

EDT: Did you watch cutscenes from the game when recording or just get a description of the scene and act from there?

LC: Both! They use a device where you’re counted in to match the character’s action or mouth moving. You have to get your timing right and match the line with the character’s expression or gestures, so it’s pretty important you can see the screen. 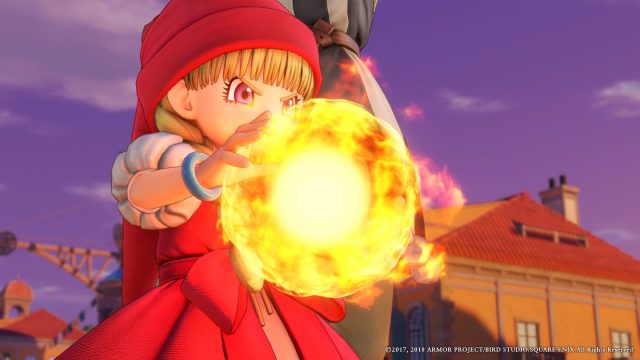 EDT: Were you aware of the Dragon Quest series before getting the role of Veronica? If so, have you played any of the games?

LC: Nope! I’m not a gamer. The only games I’ve played were super old school ones when I was a child round my friend’s house – Super Mario, Spyro, Tekken. I’m super fascinated by the world though.

LC: You record in isolation. Sometimes the other actors will have already completed their parts, so you can listen back and ‘respond’. I only met the actor who played Sylvando in person, nobody else! He’s super sweet. I just bumped into him a few times on my way out of the studio. He seemed like he had a lot of fun playing his character too. I think he’s American but I can’t actually remember, or what his name is. [Editor’s note — Sylvando is played by Shai Matheson]

EDT: Were there any challenges for voicing Veronica? (i.e. accent, pitch of voice, etc.)

LC: For sure. Playing a ten-year-old can really put a strain on your voice, and sometimes I struggled with keeping her pitch sounding young, but mature. Go too high, and you’re 5, too low, and you’re 25. Being Irish as well, I had to be reminded to keep my Ts and Ds defined and articulate.

EDT: Veronica turned out to be quite the popular character thanks to your work. Do you have any future plans to voice act for video games?

LC: I would absolutely love to voice more games, and feel I have a lot more characters in me waiting to be born. I’m quite versatile with accents so I’d love something totally different. 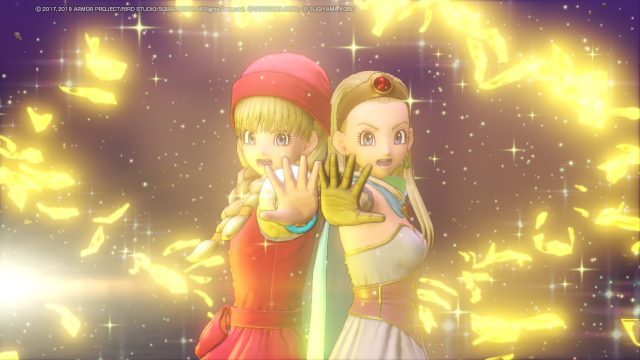 EDT: What other kind of accents can you do?

LC: Hmm, I can do Northern English, Northern Irish (VERY different from Southern), Scottish, a few different American regional dialects… I sort of pick them up as and when I’m required to.

EDT: Since completing your voice-over for Dragon Quest XI, have you ever gone back and played through the game to see the results of your labour?

LC: No! I don’t have a games console… plus, I think my skills would be pretty poor.

EDT: When you’re not acting, what are some things you like to do?

LC: Hobby-wise, I love art, film and theatre and I like to write poetry.

EDT: Could you tell us about which film you’ve worked on recently, and what kind of character role you were playing?

LC: The last film I worked on is called Nocturnal, directed by Nathalie Biancheri, which has been doing the festival circuit and will have a cinema release in the UK soon. I play a 16-year-old school girl who’s recently moved to a new city and develops an uneasy relationship with an older man.

RPGamer and Elmon Dean would like to express our deepest thanks to Lauren Coe for letting us learn about the behind-the-scenes recording process of Dragon Quest XI and for answering our questions. Dragon Quest XI S: Echoes of an Elusive Age, the enhanced version of Dragon Quest XI, is currently available for Nintendo Switch and will launch December 4, 2020, for PlayStation 4, Xbox One, and PC via Steam and Microsoft Store. The Xbox One and Microsoft Store PC versions will be included as part of the Xbox Game Pass subscription service.