It’s amazing to see how much care and polish is clearly evident in the game, from enemies to characters to backgrounds.

I have an interesting history with Final Fantasy VII, having played it to the end dungeon without a memory card, only to accidentally bump into Ruby Weapon before finishing the main story.  I’ve never gone back, though I always intended to.  Now, the perfect reason to do so has arrived, with the Final Fantasy VII Remake arriving next year.  With a short tutorial video on the background plot, I jumped with Cloud and Barret into a well-known Mako Reactor, intending to blow it up. 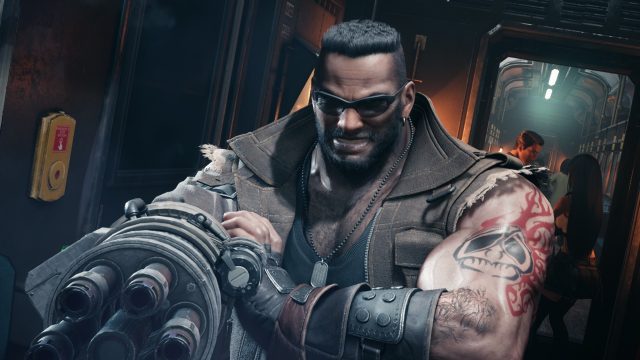 While traversing the reactor, the game teaches players the new, more action oriented battle system; no longer do players have to wait for bars to fill, and general commands are replaced by action buttons.  Pressing square repeatedly for Cloud has him swing his giant sword, while holding square for Barret has him firing off a round of bullets.  They each have their own strengths; Cloud can do more damage, but requires more input and more reactive dodging and blocking, being a melee fighter.  Barret on the other hand can stand far back, picking off weapons with his gun, though no individual bullet does a ton of damage.  As both characters dish out damage, their ATB meters fill.

The ATB meter can hold up to two charges, which can be used for actions other than a basic attack.  Both men have materia equipped into their weapons, which are visible in a nice touch, so both could cast some simple spells — fire, ice, and cure for Cloud, with Barret having ice, cure, and lightning. These ATB charges can also be used to dole out items during combat (while out of combat, items can be used freely without any charges), and special attacks including some signature moves Final Fantasy VII fans are sure to remember. 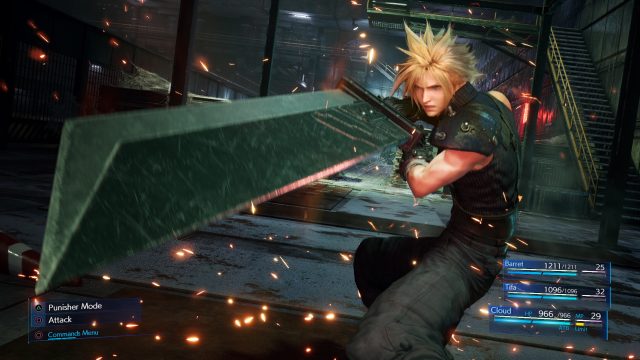 For pesky ranged enemies, which the demo liberally throws at players, both Barret’s gunarm and Cloud’s magic work, though the game nudges you towards using Barret, as changing characters is a quick press of up or down the directional pad.  Getting used to swapping between party members on the fly is an important skill to learn, as some enemies can snatch up party members and it’s up to the others to do enough damage and release them.  Combat is fairly hectic, so if the player needs to briefly pause to choose an attack, spell, item, or just try to figure out a new strategy, they can enter tactical mode with the X button.  Even with everything going on, with enemies swarming, casting their own spells and abilities, and some enemies out of reach of melee attacks, combat still feels really smooth.

Enter the infamous Guard Scorpion for the final fight of the demo.  This fight has been significantly sped up since the first video of this encounter was released, which was a great relief.  With four stages of attacks and abilities to learn and plow through, the player must skillfully use basic attacks and abilities at the right time until the Guard Scorpion is staggered, which drastically increases the amount of damage that the boss takes.  Later on, Cloud and Barret must take down the machine’s force field, which is best struck with magic for the most effective removal.  Seeing the giant machine finally tumble to its death is very satisfying. 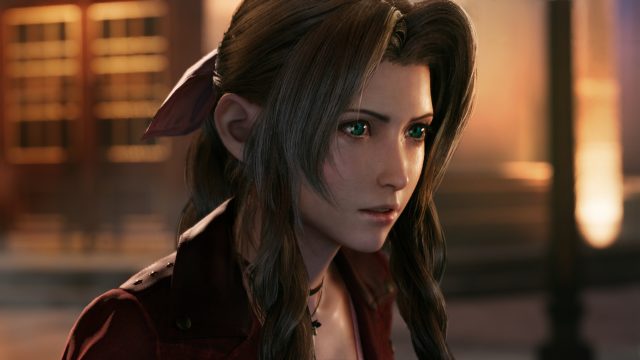 With the first episode of the game arriving on March 3, 2020, it’s amazing to see how much care and polish is clearly evident in the game, from enemies to characters to backgrounds inside the Mako Reactor clearly showing wear and tear.  I’ll be picking this one up when it arrives in just over six months’ time.