Square Enix held its post-E3 Letter from the Producer LII livestream for Final Fantasy XIV, focusing on more additions and changes coming in its new Shadowbringers expansion. The livestream began with a quick dungeon walkthrough trailer, followed by a quick look at the Dancing Plague trial battle against Titania that was playable at this year’s E3.

The presentation then moved on to the new Trust System, with producer Naoki Yoshida also showing off the Dohn Mheg dungeon in the new region of Norvrandt. The Trust System allows players to undertake main scenario dungeons with allied NPCs in place of other players, though this will only be available for Shadowbringers’ main scenario quest dungeons. Players will their own choice in role — tank, healer, or DPS — and fill out the party with a variety of NPCs with their own AI behaviour and unique actions. NPC party members will react differently to different situations; one example given is that Alisaie will readily use Limit Breaks but another DPS character will hesitate, and Square Enix made sure to note that playing with players will still be more efficient. 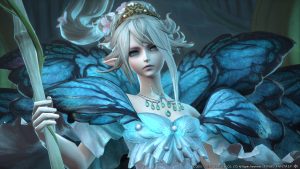 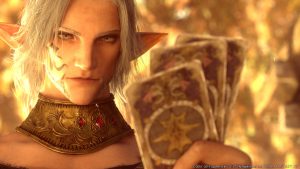 Players can form a Trust at the entrance points to dungeons. Available Trust members are shown with an icon above their head, and the Trust is formed by interacting with one of those potential members. The available roster will vary based on how much progress has been made in the scenario.

To align with the fact that loot is only given to one player instead of four, the loot drop rate has been reduced by a quarter when using the Trust system. When in the dungeons, the party will follow the player, though as soon as they approach a group of enemies, the tank, if one is needed, will automatically grab the attention of enemies. Trust members will automatically dodge AoE attacks as necessary, and tanks will also turn enemies away from the rest of the party.

Following the look at the Trust System, the presentation moved on to gathering and crafting adjustments. As with other classes, new actions and traits will be added. Meanwhile, gathering and fishing logs will get information added via tomes of regional folklore, with the difficulty of obtaining these reduced, and timings for special gathering points (unspoiled, legendary, and ephemeral) will be available and players can set alarms for these. New tackles — Boilies — will also be added to catch various fish in A Realm Reborn regions of the game. 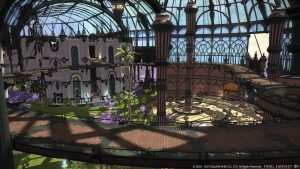 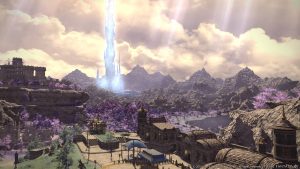 For crafters, Steady Hand II and Byregot’s Blessing will be added to all classes. Recipe aspects will be removed, with all the associated actions consolidated into a single action. The crafting UI will also be reworked to displayed information more clearly and provide players with extra details, such as currently active crafting statuses.

After an intermission, the presentation moved onto some system updates. New Goetia and Phantasmagoria tomestones, which are used to purchase high-level gear will be added, with the latter to be added four weeks after the official release of Shadowbringers. Crafters and gatherers will get the new white scrips. Meanwhile, the glamour dresser capacity will expand from 200 items to 400, while the number of glamour plates will increase from ten to fifteen, and a furnishing preview option will also be added.

Hunts will get some new user messages to let players know when hunt marks are nearby. Retainers get more details in their UI menu, while materia melding requisitions can now be made successively. All mounts will now have flying enabled, including those mounts that could not fly previously, such as coeurls and warlions. Achievements get some adjustments, with new filters and a watchlist function for progress on up to thirty selected achievements. Finally, mentor certification will be changed for the launch of Shadowbringers, though all those who are already certified but do not meet the new requirements will retain their status up until the release of patch 5.2.

There was also a brief look at the new Eden raid series. The raid series sees players trying to help restore life to a barren land, though no further details were given to avoid spoilers. 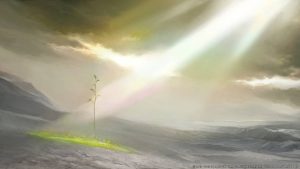 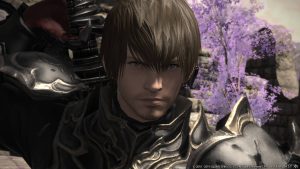 Finally, there was introductions to some of the key characters of Shadowbringers. Thancred, a longtime character in the game, has switched to the new Gunbreaker class and will get plenty of focus in the expansion. Y’shtola, another longtime character, is considered a witch, having moved form mastering white magic to use darker magic to deal with the upcoming challenges. Urianger, who has been largely away from the main action, will play a bigger role in Shadowbringers, acting as an Astrologian. The twins Alphinaud and Alisaie will once again be playing important near-protagonist roles.

Also, as shown in previous presentations as trailers, a character who bears the name of and a resemblance to Minfilia will appear in the game. Meawhile, the Crystal Exarch is a brand new character shrouded in mystery, who is the de facto leader of the Crystarium. His title comes from his role as leader as well as a crystalline transformation slowly taking over his body. Other new characters include Vauthry, Ran’jit, Lyna, and Feo Ul, and the expansion will see the return of the Heroes of the First.

Final Fantasy XIV: Shadowbingers is set to be released on July 2, 2019, for PC and PlayStation 4. Those who pre-order the expansion will be given early access to the content from June 28, 2019. Approximately two weeks after the launch of Shadowbringers, patch 5.01 will be released, which adds the Eden (Normal) raid. Two weeks after this, patch 5.05 will add the Eden (Savage) raid, introduce the Phantasmagoria tomestones, and add the Dungeons of Lyhe Ghiah content. Finally, two new worlds, or servers, will be added to the European Data Centers on June 18, 2019. More details about the expansion can be found in RPGamer’s previous news coverage.