Heading off the beaten expo path allowed me to meet up with NIS America’s Erin Kim at a nearby restaurant, where I was able to sit down and get some hands-on time with the upcoming third chapter in the Trails of Cold Steel saga, The Legend of Heroes: Trails of Cold Steel III. Despite being the third title in its own subseries of a wider series that also includes the Trails in the Sky trilogy, this latest entry marks a good jumping-in point to the series for any newcomers as, while it’s certainly set in the same universe and features many returning characters, it is the start of its own arc that is concluded in the fourth and final installment. For those intimidated by missing two massive games filled with story and characters, a handy in-game encyclopedia is accessible from the main menu, to fill new players in on any number of topics of interest covered in the first half of the saga.

The civil war is over; two years have passed, and the Erebonian Empire is in the process of rebuilding. At the new Thors Military Academy’s Branch Campus, main protagonist Rean is now an instructor, and the game sees him take a whole new Class VII under his wing, guiding them through their daily school life, training them, and accompanying them on field missions. Series veterans will recognize this familiar gameplay loop, and they will feel immediately at home with the world, terminology, and controls. Not much has changed in the grand scheme of things, though some improvements were evident even in my short time with the demo. 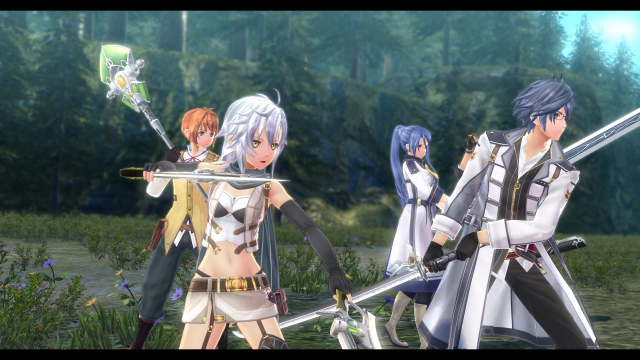 In combat, a welcome change is the fact that the rotating battle menu system has been replaced by a new system that maps commands to the face buttons and D-pad, giving instant access to eight possible commands for each character. All of the familiar commands return, and function in the same way as before, from crafts, arts, and quartz, to Link Attacks and S-Crafts. Characters can now equip two master quartz, meaning even more potential bonuses than before. Brave Orders can be issued to the whole squad to generate particular positive effects, and the new Break system helps bring down larger enemies by increasing the damage it takes.

Although Rean was the only previous party member making a return appearance during this demo, other past characters will join up once again over the course of the game. Of course, new Class VII students also means new personalities and combat styles to become familiar with. For example, Juna Crawford has two battle stances she can switch between, the first geared for up-close fighting and the other for ranged combat and keeping her out of harm’s way. 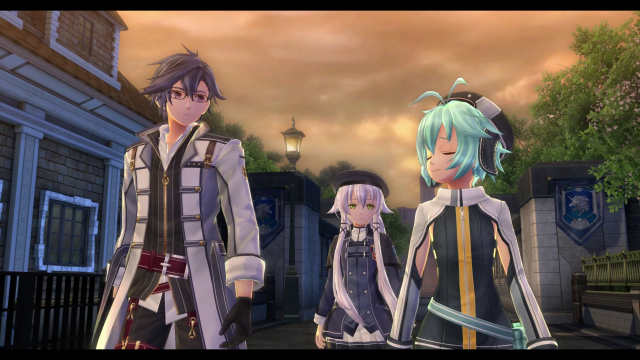 My time with Trails of Cold Steel III was over far too soon, and of course not nearly long enough to glean much about its story, but I’m content for now in the knowledge that it feels like the next natural step forward after the first two games. In any case, it’s not much of a wait, as the full release is expected for September 24, 2019, for PlayStation 4, so those still wishing to replay the earlier chapters have only a few short months left to do so.