The Vale: Shadow of the Crown Review

An Auditive Journey that Strikes Many Chords

With the noble intention of making video games more accessible to the visually impaired community, independent studio Falling Squirrel has crafted a sonic piece of art. Unlike most video games, which give a primary role to the visual aspect and a subsidiary one to the soundscape, audio-based RPG The Vale: Shadow of the Crown features a noteworthy paradigm shift: players will have to rely solely on their ears in order to survive. Besides living a genuinely emotive story, using their imagination, and putting themselves in the shoes of blind and low-vision gamers, sighted players will develop their listening skills greatly and will understand some people’s outstanding way of “seeing” the world.

In The Vale, players explore the world exclusively through the ears of Alex, a blind princess who finds herself hundreds of miles away from home when a terrible war begins. She needs to find a way back to the castle where safety and her brother await, but the journey won’t be easy because the path is full of dangers. Alex meets a shepherd called Theo who promises to accompany her back to her homeland. He instantly becomes an indispensable companion, describing the world that his eyes are able to see. The bond between these two very different characters develops in a heartwarming way, and Alex’s past and her knowledge of the world are explained through flashbacks. It ultimately renders an extremely personal and emotional journey, especially since Alex learns some truths about her past and develops many surprising abilities in her travels.

Alex isn’t as vulnerable as most citizens think, for her uncle showed her how to fight and hunt using her ears. While Alex and the shepherd explore towns searching for a relatively safe route, they discover things that they never imagined, such as dark forces pulling the strings of the war. Their way home includes hostile warriors, wild animals, mystic creatures, seers, relics with magical powers, and denizens dealing with problems that the war has brought. Alex feels inclined to aid as many villagers as she can, yet Theo constantly suggests staying out of trouble. At the end, players choose whether to take on sidequests or be on their way. In addition, they are constantly given the freedom to make choices, such as traveling during the day and using the guidance of the shepherd’s eyes, or traveling at night and using the advantage of darkness to remain undetected. Hunting, buying items from merchants, and completing quests to earn money are some of the activities that players can undertake. Every activity is engaging, the narrative is excellent, and the story strikes many chords. 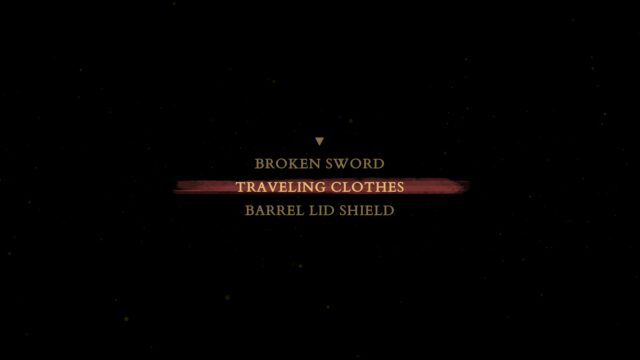 Menus are some of the few visuals that players will encounter, but they are also read out loud.

The Vale: Shadow of the Crown highly encourages players to wear headphones so that they can exploit the use of binaural sound. Using an audio source with the capability to distribute sounds, players are given the chance of “seeing” the world the way the visually impaired community does. Hence, players do not need to look at the screen, and sighted players may find closing their eyes helps them concentrate better. Sounds come from different directions and increase or decrease their volume while players move, so players can determine what is going on in their current surroundings, as well as in what directions and how far away things are. Telltale sound effects include fire, the flow of water, a blacksmith hitting metal, or a merchant shouting, and hunting down these sources is necessary to advance Alex’s goals, be they finding a person of interest, hunting boars, exploring a cave, tracking bees for their honey, or hunting rats in a cellar. The binaural sound makes exploration very engaging, allowing players to experience a new way of understanding the world.

Alex not only uses her listening skills to explore, but also to fight. Her uncle showed her how to defend herself using a weapon and a shield. In practice, she can attack towards and be attacked from the left, the right, or the center. Players need to move the joysticks in the direction of the threat, with one joystick controlling the shield and another the weapon. While the shield is used to parry attacks, weapons can unleash normal attacks, which don’t need to charge but can be parried easily, or heavy slashes that can break an enemy’s guard but need time to charge. Enemies make distinctive sounds while charging, so players need to react quickly to block, attack, or counterattack. Each foe has different attacks and sounds, making battles appropriately diverse. Players not only need to distinguish where sounds are coming from, but also need to learn to differentiate the sound between quick consecutive strikes, a heavy slash, or a distant arrow. In addition, some sounds, such as footsteps or water movements, can give clues about enemy position, yet others such as chatting can distract players. Enemies range from bears and wolves to mysterious water beings, pirates, and shadows, with all being worthy adversaries.

The Vale’s outstanding soundscape lets players produce thousands of different images in their mind. The game ultimately feels most akin to a book, where players’ imaginations do the work of painting the picture of life and giving physical traits to characters and places based on what their ears tell them. The result wouldn’t have been so convincing without the exceptional voice acting of the cast, which includes the talents of many members of the visually impaired community. Karen Knox as Alex and Samer Salem as Theo are the stars of the show and genuinely transmit their emotions. Fitting medieval-style music and emotive tunes accompany important moments of the story. The game screen, which includes fully voiced navigation, shows drops, colors, or shapes that vary depending on what is happening, and is there primarily to encourage players to ignore their eyes and focus on the audio atmosphere. 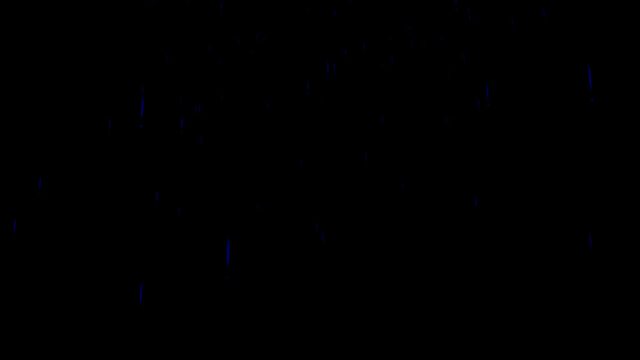 Backgrounds portray emotions or give clues of the climatic conditions, but after a while, the game invites players to simply close their eyes.

The gamepad controls are very simple, with players only needing to use the two joysticks and two triggers. The game can be played using a keyboard, though a gamepad feels like the better option because vibration makes it more immersive, with players almost feeling Alex’s shaking hands. The movement of the joysticks and the use of the back triggers to tense an arrow, for instance, feel natural and match the soundscape.

The Vale offers a unique and touching experience in which sighted players will learn the unique abilities of blind people and how they “see” the world. Just as the princess encourages her companion to help as many people as they can, the game itself encourages mainstream games to make themselves more accessible to people who need assistance. The Vale: Shadow of the Crown appreciably widens the definition of video games and is not only a very welcome boon for blind and low-vision gamers, but a worthwhile title for those who seek a fresh and unique gaming experience. So close your eyes and use your ears to understand your surroundings because this game is absolutely worth the time.