More Does Not Mean Better

Characters from Darkstalkers, Disgaea, Ar Tonelico, Spectral Souls, Atelier Marie, and Mana Khemia 2 join forces in Cross Edge, an RPG with a focus on combat. The story starts off with some original characters who have been plopped down in a new, mysterious world. As they set out to discover where they are, they begin to run into characters from other worlds. Everyone has amnesia, so they have to work together to solve their mutual challenge of how to return home.

As expected with a crossover of this magnitude, the main story is forgettable. However, a degree of humor and charm comes out during the dialogue between the various characters. Those familiar with the characters from their original games will derive a greater enjoyment from these interactions. Since twelve or more characters can contribute to a single conversation, a good attention span is vital

Cross Edge eschews many of the modern RPG conventions to focus on the battle and customization systems. While there are dialogue scenes between the characters at certain points in the game, there are no populated cities where one can just wonder around and talk to people. In fact, moving around is limited to the hand-drawn, flat overland area and the occasional side-scrolling dungeon. Outside of fighting battles, players will spend a fair amount of time roaming these vast lands, the monotony of which is broken up by frequent random encounters. Furthermore, in order to locate important items, events and rest points, searching the area by pressing a button every few steps is mandatory. 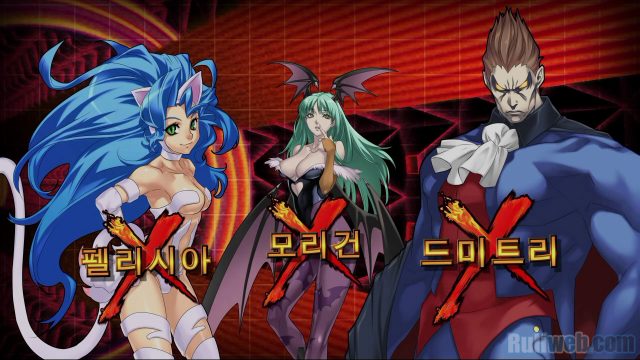 Since the battle system is clearly where the developers spent most of their time, it is clearly the focus of Cross Edge and where players will spend most of their time as well. Employing a three by four grid for each side, players have the ability to chain attacks by pressing the face buttons within a set period of time. Fully explaining the battle mechanics is beyond the scope of this review. However, labeling it as deep and complex would be an understatement. To compound the complexity, the light tutorial at the beginning of the game does a poor job explaining a number of the more important mechanics. Some RPGamers will enjoy figuring out its many intricacies while others will be turned off. Even those gamers who enjoy overly complex mechanics, the battle system still has a number of issues which take away from the thrill of the fight; most noticeably the fact that battles move way too slowly. While animations can be turned off to speed things up, other elements such as the unintuitive controls still drag things out.

It is the controls that cause much of the frustration in Cross Edge. This game is one of the few RPGs to use almost every button and directional input on the PS3 controller. The controls are simply unintuitive and frustrating. Using the L1 and R1 buttons to cycle through characters for example, is difficult to get used to when it would have been so much easier to just use the directional pad. For most menu selections, the default button works just fine, however party points are different. In order to access the party points submenu to upgrade character skills, a totally different button has to be pressed. And common commands, such as moving during combat, are buried in a menu, or tied into a completely unintuitive button or movement of the controller. Even after many hours into the game, some players will still be trying to get used to them.

The customization aspect is another potential draw of Cross Edge, but it is also weighed down by overly complex, poorly explained mechanics. Essentially, monsters drop parts which are used to create weapons, armor and items. Of course, a book with the appropriate recipe is also needed. After an item is created once, it can be bought again for a price, without having to recreate it. A certain type of earned points can be poured into any item or weapon to increase their stats within reason. Also, certain monster drops may be merged with weapons and armor to increase the stats of the character who wields it. Weapons may also be broken down to a base element used to create other weapons. With a short money supply (especially early in the game) and a lack of explanation of some of these mechanics, it is left to the player to determine the benefit of various customization choices through trial and error. Even then, it is not completely clear which was the best choice. Should a leveled up weapon which is slightly outdated be sold for needed gold, or broken down to its base element? Even though one cannot use the base element right away, perhaps it will be needed in the future. Unfortunately, the game does little to explain this. 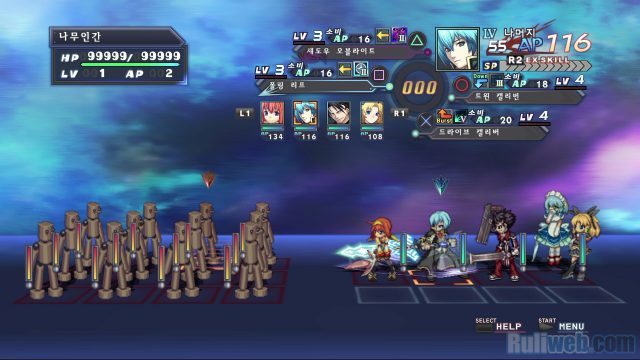 The graphics in the game are a disappointment. Many of the backgrounds are hand painted, and would not look out of place in an early PS1 RPG. Combat character graphics are not much better. The characters and enemies are a mixture of 2-D and 3-D graphics. Both are low res, and just look out of place when a mixture of both is on the battlefield. They simply look very outdated. Finally, during story and dialogue, beautiful, detailed, high resolution hand-drawn graphics are used. However, they lack any animation. During the few scenes without voice acting, it is hard to shake off the feeling that one is playing an RPG from a decade ago.

The music during the game fits its mood well. Sound effects during battle, however, can be a little grating after some time, specifically some of the yells that the characters utter as they attack and are hit. The voice acting during dialogue exchanges is pretty well done. Unfortunately, as mentioned earlier, a few scenes have no voice acting at all.

In the end, Cross Edge is a disappointment. While playing through it, one cannot help but feel that there is a significant measure of potential in both the gameplay and story. Even discounting the frustrating controls and lack of instructions, Cross Edge is the type of deep, difficult challenge most RPGamers crave. Unfortunately, its potential is wasted due to the overly complex, poorly explained game mechanics, atrocious control scheme and botched menu system. While there will be a handful of dedicated RPGamers who can look over these severe shortcomings and enjoy Cross Edge, most will feel that this game is like Dr. Frankenstein’s idea to create life; a bunch of good parts that, when stitched together, come out ugly.