Square Enix released the fourth part of the Mission Report video series for tri-Ace’s Star Ocean: The Divine Force. The eight-minute video is accompanied by a set of screenshots and reveals party member Marielle L. Kenny and a selection of other ally characters, as well as the game’s item creation, side events, and a new mini-game.

Marielle L. Kenny is a member of the series’ well-known Kenny family. She is the first officer of the Pangalactic Federation starship Astoria that begins the game attacking protagonist Raymond Lawrence’s ship Ydas, forcing him to escape to the remote planet Aster IV. However, she also ventures onto the planet, where she encounters Raymond. Marielle fights adeptly using hand-to-hand combat and firearms, while her special Vatting ability fires a powerful beam at enemies. 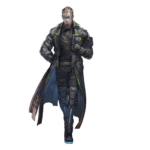 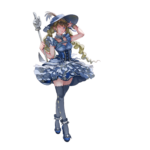 Other newly-revealed characters who will act as allies are Chole Kanaris, the pilot of the Ydas; Antonio Lawrence, Raymond’s older brother who captains his own merchant ship; and this game’s version of Welch Vineyard, the returning series character in charge of the item creation and crafting systems. These characters, and others, are involved in special events separate from the main story that vary greatly between the different characters involved.

Welch is a merchant looking to reestablish the Vineyard family, who tasks the party with running errands. In recompense, she unlocks the game’s item creation, which lets players create various items from materials collected during the party’s travels. Each party member has their own particular talent that can be used to create different items, such as Laeticia’s Compounding or Raymond’s Smithwork. Improving these talents will let players create more powerful items. As players complete Welch’s requests, they will be able to see their progress in restoring the Vineyard family’s success by improvements to her base.

Star Ocean: The Divine Force will include the series’ traditional Private Actions. These are conversational events that take place in towns. They are separate from the main storyline and can help improve the bonds with party members depending on the responses players choose. Private Actions can play an impact on the game’s ending. It will also include a new mini-game called Es’owa. It is a turn-based board game where players place pieces called pawns to attack their opponent and try and reduce their health to zero. It can be played against many characters throughout the game, with players able to improve their rank and obtain new pawns in a wide variety of ways.

Star Ocean: The Divine Force lets players choose which of the two main characters to be the primary protagonist, and the game unfolds from their perspective. Each character will be joined by different companions through the game.  Like previous entries, the game features an action combat system. It also includes features seamless transition from exploration — which includes the ability to take to the air — into combat. Star Ocean: The Divine Force will release physically and digitally for PC, PlayStation 4, PlayStation 5, Xbox One, and Xbox Series X|S on October 27, 2022