It’s obvious that this is, in fact, a Mana game in all but name.

In the middle of May, publisher FuRyu presented the gaming public with a teaser for its next big project, providing just the starting syllables: Tri-Tri. Then it challenged everyone to guess what the actual title was. My guess on Twitter was Tribute of Trinity, and as it turns out I got it half right. On May 26, Trinity Trigger was announced for real, and a Japanese demo was made available for download on various storefronts. I played the Switch demo.

With an alliterative title from FuRyu, it’s easy to assume that this game is being developed by the same people who made The Legend of Legacy and The Alliance Alive, and the visual aesthetics are similar. The actual gameplay is completely different. While its predecessors were made in the mold of the SaGa games, Trinity Trigger is another style entirely. From the moment the demo opens up to a short tutorial and longer introductory adventure, it’s obvious that this is, in fact, a Mana game in all but name.

All the basic elements are there. It’s an action RPG with a three-hero party, multiple weapon types that can be swapped in battle, a ring-based combat menu system, and three-person local co-op play. While the base combat system is taken from Secret of Mana, there have been some definite quality of life improvements.  The heroes can make dodging rolls, weapons slowly charge up for special attacks, and the support AI is good enough that allies will avoid the obvious threat zones of major enemy attacks. 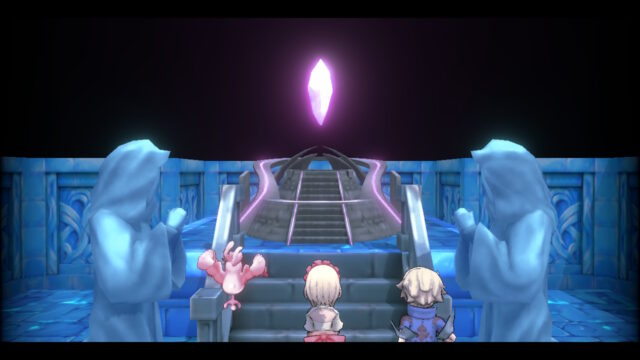 While the main plot is not really touched upon in the demo, the point of the quest is to travel to and explore a magic tower at the edge of civilization. On the top floor, the heroes find a stepped platform with a shiny McGuffin at the top. Said McGuffin interacts with their weapons in a specific manner, giving one of them a new weapon type to access.

There are plenty of enemies to whack, but also a stamina gauge to watch for. Too many hits in a row will tank the hero’s damage-dealing, so it’s better to go for the three-hit combo, dodge back, and wait for the gauge to reach 100% again.

The boss of the demo is powerful and imposing, as well as giving the player a lesson in how some weapons can be used to penetrate defenses and destroy obstacles. This is an important point to grasp, as the game’s main world is full of little secrets that require the player to understand how the different weapons are able to interact with the local scenery. 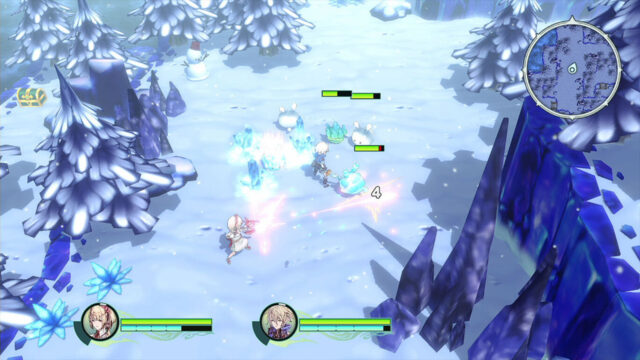 The demo goes beyond its own scenario, offering a third playable character, more exploration, and a side quest boss battle for some post-demo play.  The main scenario can be finished in about half an hour, but it takes more to see everything it has to offer.

And finally, in what feels like a very Mana turn of design, there’s the plucky, fuzzy, long-eared merchant who always seems to be going the same direction as the heroes and is ever willing to provide trinkets and upgrades for a reasonable price. 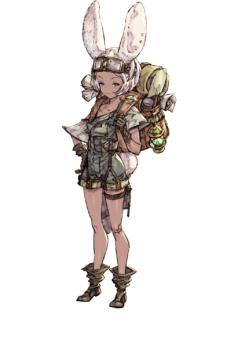 The game demo is available through the end of June on various console storefronts.  The Japanese release is scheduled for September 15 of this year, and hopefully an international release will come soon after.  Trinity Trigger will be available on Nintendo Switch, PlayStation 4, and PlayStation 5.