Lost Eidolons is a strategy RPG game from new Korea and U.S.-based game studio Ocean Drive Studio. We interviewed Jin Sang Kim, the Creative Director for Lost Eidolons, about the story and mechanics of the game. The Lost Eidolons Kickstarter finishes on May 21, 2021 with the game expected to get a Steam Early Access release in October 2021.

Johnathan Stringer (RPGamer): Can you give a brief description of Lost Eidolons, and which gamers should be interested in it?

Jin Sang Kim: Lost Eidolons is a love letter to the tactical turn-based RPG genre. It blends the strategic, grid-based gameplay of familiar titles like Fire Emblem with the western aesthetic of games like Baldur’s Gate or The Witcher. It’s a grittier, more grounded take on a genre which largely features more stylized graphics. Plus, it’s on PC, much to the joy of many of our community members who’ve always wanted a Fire Emblem-inspired game on PC!

JS: What is the backdrop for the setting and story?

JSK: The game takes place on a continent called Artemesia. It’s a grimy, low-fantasy setting featuring seven feudal kingdoms that have been conquered by an evil empire. Now the Emperor is getting on in years, and there are whispers of rebellion in a little seaside province called Benerio.

Against this backdrop, a small-town mercenary and his friends accidentally wind up on the wrong side of the law, and soon find themselves embroiled in a full-on civil war that will decide the fate of their homeland. 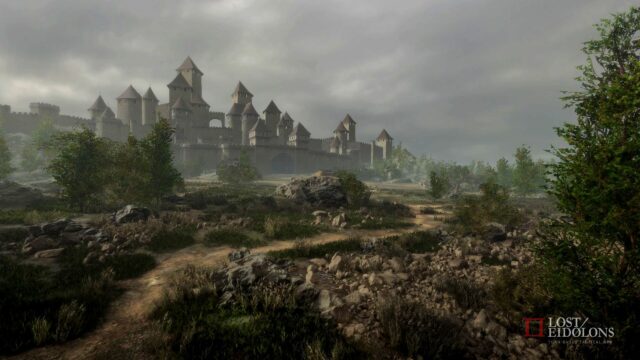 JS: Are you writing the game’s story and dialogue in Korean and then translating to English for English speaking markets, or writing it in English?

JSK: We have a team of writers in Korea as well as a team here in the U.S. The main story is written by our team in Korea, and they are working with a movie director and screenwriter to ensure we have an immersive storyline for players. The U.S. team is working with the team in Korea to create even more depth into the backstory and lore. The team in the States is building an extensive number of detailed stories, including the world itself and lore of Artemesia. We are not just taking a “translating the text” approach. We are building the world of Lost Eidolons together as a cross-cultural team.

JS: Can you explain the game mechanics between battles? Are there just story dialogues and cutscenes, or is there any exploration and places to visit in a camp or town?

JSK: Between battles, the player has control over Eden and can roam the camp, gaining opportunities to improve relations with NPCs and party members by spending time with them, training at the sparring grounds, discovering new quests, recruiting new characters to the team, and preparing his roster of fighters for the trials ahead. As the campaign progresses, so will the camp, opening new facilities to explore over time.

JS: Are the characters in your army all story characters, or are there generic ones as well? If there are any generic, can you customize their creation, or are they just randomly generated?

JSK: All the characters are part of the story. Our team’s focus now is to create an immersive gameplay experience, and we believe featuring story-relevant characters is the optimal choice for our game design. Player-created characters could happen as part of post-launch content, but there’s no plans to include them in the game at this time.

JS: How many units can be deployed in battle, and does the enemy army have the same cap? How many characters can be on the roster?

JSK: 10 units can be deployed in a battle. The enemy army isn’t limited to the same cap. For characters on the roster, we are creating 34 playable characters. Of those 34 characters, approximately 22 characters can be recruited. There are 12 characters given along the story while 22 other characters will visit you, and you can build relationships to recruit them. 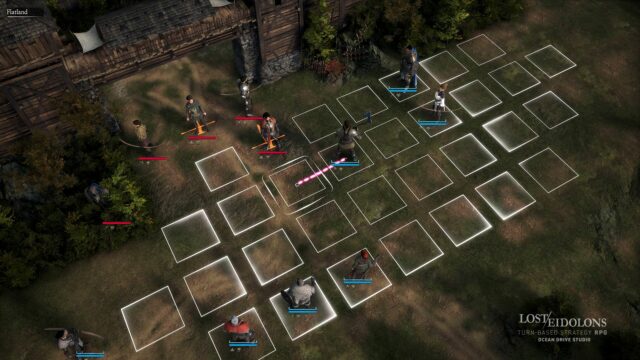 JS: Are their magical healing classes? If so, how do you handle experience balancing on classes who are more support than attack?

JSK: Yes, there are magical healing classes and they’re not limited to healing alone. In Lost Eidolons, we call it “light magic,” and it can be used for attacks as well. So, our spell and magic systems are designed in a way where you have a limited number of spells to use during a battle. We designed this system to force players to have more creativity in their approach to the game. Players can’t just spam the one or two spells that are most effective. We want to challenge players to make wise, strategic decisions around how they use magic.

JS: Is there character permadeath or is that a gameplay option the player can select?

JSK: Good question. Permadeath is critical for the genre! We are going to provide both permadeath and casual modes when the game reaches its official launch. We are currently running a Kickstarter campaign and if funded, it would allow us to assure the implementation of permadeath when we launch the Early Access version of the game.

JS: Will characters be unique or different from one another besides their aesthetic and whatever class they have selected?

JSK: Characters are designed differently so they will have different stats. In addition to this, users can customize each character with different skill sets to stand apart from others. 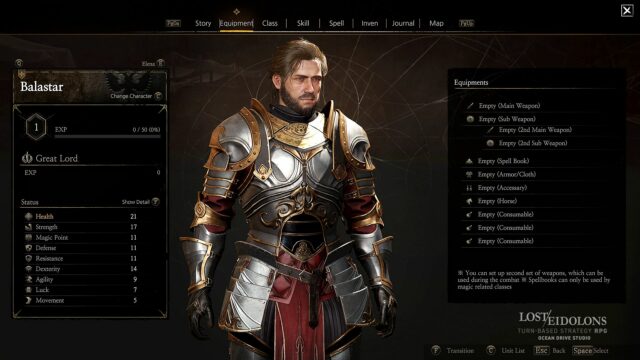 JS: Will a character’s class affect permanent stat growths when they level up, or are these stat growths tied to the character and not class?

JSK: Character stats are tied to the characters, not class. Our class system is similar to the equipment system. Each character can obtain different types of classes and you pick which class to activate based on your strategic needs for each battle.

JS: Do enemies scale with the levels of your characters or are story battles fixed at a certain level?

JS: How tough is it, and how do you manage, creating intelligent enemy AI? Is there a way to make the game more difficult without just increasing enemy stats, health, and damage?

JSK: It is always difficult to make the AI smart enough to satisfy all kinds of users. We hope to make the game more interesting, and difficult for players who want a bigger challenge, by offering interesting skills – passive and active – that apply to different difficulty levels. So, we’re optimistic that skills create new and interesting challenges for players rather than strictly increasing the enemy’s stats, health, and damage. 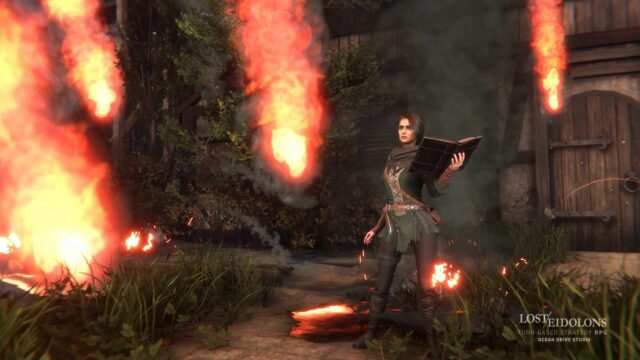 JS: There are a lot of strategy RPGs on the market. What sets Lost Eidolons apart from the crowd? Why should a gamer pick Lost Eidolons to play over another?

JSK: Our team is really inspired deeply by games such as the Fire Emblem series, Langrisser series and Legend of CaoCao. Personally, I consider them to be classic strategic RPGs. These types of games are hard to find on a platform other than Switch. Lost Eidolons sets itself apart from other strategic RPGs by reflecting a truly classic mechanics approach with turn-based grid battles.

We would like to thank Jin Sang Kim for taking the time to answer our questions, as well as Bob Holtzman and Co-Op Mode Communications for setting up the interview. Fans of strategy RPGs should check out the Kickstarter before May 21, and be on the look out for the Lost Eidolons Early Access release in the fall of 2021.