D3 Publisher released new details and screenshots for its upcoming action RPG Maglam Lord. The update focuses on the game’s relationship system and introduces a number of characters.

Players control Killrizark, a demon lord who has lost their power. Players can choose to play as the male or female version of Killrizark and embark on an adventure to forge magic swords, accompanied by their servant Satius. When Killrizark arrives in town after waking up following their loss of power, they come across the Marriage Hunting Guru. Noticing Killrizark has an empty feeling, the guru determines this is a “Soul Craving” and that Killrizark needs to find their soul mate to fix it.

A menu option, the Marriage Hunting Dojo, shows Killrizark’s affinity with potential partners. Affinity can be increased by sleecting them as Killrizark’s battle partner, giving them gifts, and selecting ideal responses during conversations. After affinity is raised high enough, players can invite characters out on dates to numerous locations including a bowling alley and hot springs. 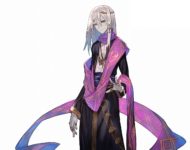 Three marriage candidates are Morv, Julette, and Acrao. Morv is a mechanical doll created long ago by the Ars Magina magic engineering school. He recognises Killrizark as his master but has lost his other memories due to being in sleep mode for a long time. Julette is an adventuring idol who stars in a program called the Julette Exploration Party. She is a beast girl who gets excited easily. Acrao is a saint known only to a small number of people. He speaks eloquently and is able to create miracles. Finally, Lyrica is a supporting character who meets Killrizark and gives them snacks, becoming their first ever human friend.

Maglam Lord is being developed by Felistella for PlayStation 4 and Nintendo Switch, and is expected to launch in Japan this winter. The game’s scenario is written by Summon Night series writer Kei Miyakozuki.