Japanese publisher D3 Publisher and developer Felistella have announced Maglam Lord. The action RPG is being developed for PlayStation 4 and Nintendo Switch, and is expected to launch in Japan this winter.

Maglam Lord’s scenario is written by Summon Night series writer Kei Miyakozuki and follows Killrizark, a demon lord who has lost their power. Players can choose to play as the male or female version of Killrizark and embark on an adventure to forge magic swords, accompanied by their servant Satius. During the adventure, players will join up with partners and potentially look to get married. 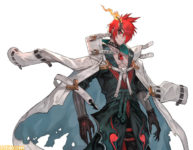 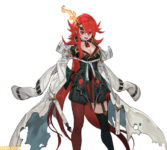