The WLOF oversees and organises competitions between the Combat Revues around the world and has its own impressive and powerful flagship. It is led by President G, who follows his predecessors by having his real name, birthplace, age, and other details deliberately shrouded in mystery. His right-hand man is known as Mister I and he oversees the WLOF’s intelligence division. 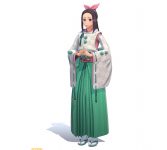 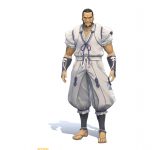 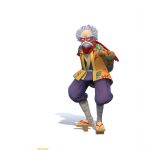 The other three characters revealed are relatives of Tokyo Combat Revue members Sakura Amamiya and Azami Mochizuki. Hinata Amamiya is Sakura’s mother, though she passed away aged 27. Hinata’s positive attitude has seemingly passed onto her daughter, whose favourite sword is a memento of Hinata. Tekkan Amamiya is Sakura’s father and is a blacksmith who specialises in ritual objects. Finally, Yattansai Mochizuki is the head of a village that holds onto the Mochizuki martial style and is Azami’s foster father. He makes Azami keep a journal of her time with the Toyko Combat Revue and visits every week to check it.

Great Combat Revue World War is a competition held by the WLOF every two years. The contest features matches between the Combat Revues, which take the form of three-on-three contests. Players can choose the active team for the Tokyo Combat Revue’s matches based on their preferences.

Matches are made up of three rounds, with the Revue that wins two rounds declared the winner. Rounds see the two teams fighting against lots of enemies; defeating these enemies earns points shown in a gauge on the top. Victory is given to the team that completely fills the gauge or has the most points when time runs out. Special gold enemies provide three times as many points as regular enemies. Events will occur during these battles to heighten the drama.