Gust has provided further details and media for the newest title in its long-running crafting series, Atelier Ryza: Ever Darkness and the Secret Hideout. The new details include reveals of three more characters, as well as information about changes to the synthesis systems.

The first of the new characters is Lila Decyrus, a warrior who accompanies the wandering alchemist Empel Vollmer to Ryza’s village. She appears to have come to survey the ruins on Kurken Island, on which the village lies, but agrees to teach Ryza and her friends about combat. Meanwhile, Kilo Shiness is a frail-looking “spirit user”. She is fighting on her own to try and protect something, and Ryza and her allies keep running across her unexpectedly. Finally, Agatha Harmon is the top swordsman in Ryza’s village and leader of its guard force. She is known for being in favour of order but is also fair and just and popular in the village. 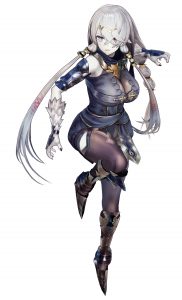 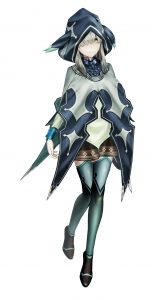 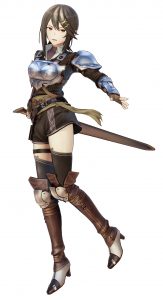 Atelier Ryza features a revamped synthesis system, known as Linkage Synthesis. The system involves a fixed number of slots that can be linked and unlocked by placing ingredients and reagents in strategic ways. Unlocking cells will provide new effects for the resulting items, depending on how the relevant slots are linked. This sytem lets the same recipe potentially provide different effects. For beginners, there is an automatic feature that chooses the items to use in synthesis, while more advanced features include special slots that can create brand new recipes and the ability to unlock multiple slots at once.

The game also includes a new Item Rebuild system that lets players use synthesised items again in another synthesis. This rebuild can make the item stronger, but it will also increase the requirements necessary to use that item. The system means that even items picked up at the start of the game can be made powerful enough to be viable for the end.

Atelier Ryza is the 21st mainline title in the franchise and marks the start of a new subseries. The game follows Reisalin “Ryza” Stout, who dreams of leaving her dull life. She and her friends explore a forbidden island and meet an old mage who begins teaching Ryza alchemy. The game will also feature a new gathering system where players can use different tools to gather different items from the same locations. Atelier Ryza is set to be released in North America on PlayStation 4 and Nintendo Switch and worldwide on PC on October 29, 2019, with the European PlayStation 4 and Nintendo Switch releases to follow on November 1, 2019.