Up through the turn of the century, popular games often received full-blown expansion packs. For about one-half the price of the original title, these beefy additions would expand the base game substantially and often offer entirely new experiences. For the most part, downloadable content has since replaced these expansions, offering relatively smaller additions in return for a reduced asking price. Monster Hunter World: Iceborne harkens back to the older model, offering a robust augmentation to the original game with twenty fresh monsters, two untouched lands, an exciting new combat mechanic, and numerous quality-of-life improvements.

As an expansion, Iceborne requires the original Monster Hunter: World to play, and its story picks up where the original left off. For RPGamers unfamiliar with the game, reading that original review will provide a better overview of what the overall experience feels like. After saving humanity from Zora Magdaros and having studied the most dangerous monsters of the land, the explorers head to a new region and research whatever they discover there. This snowy tundra, Hoarfrost Reach, holds many discoveries and deadly monsters waiting to be hunted. In this carefully crafted and well-designed area, Hunters trek through snow, leaving a trail, as small animals scurry away looking for a warm place to hide. When monsters attack, they take advantage of the terrain, diving into the snow to plague hunters from underneath. In one area, a larger beast causes the ice to shake, throwing hunters off-balance and open to further attack. The quality of the story never comes close to the game’s production values, though this is a small issue in a series focused squarely on the actual experience of hunting monsters. 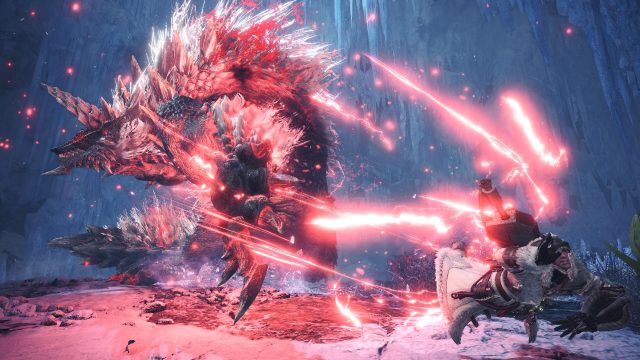 As an expansion, Monster Hunter World: Iceborne requires that players have completed the main story in the base game. To help with this endeavor, players can now create a set of defender gear, designed to handle all monsters from that game, at little cost. Once players begin the content of the expansion, they receive a promotion to Master Rank and obtain a new invaluable tool called the Clutch Claw. An upgrade of the Stone Slinger, this device allows the Hunter to grab onto a monster from a short distance and pull themselves on top. From there, hunters can attack the beast, or redirect it in order to reel the quarry into a nearby wall. Once mastered, this technique can be used regardless of what weapon the Hunter equips and it always makes the player feel like a professional slayer. Furthermore, nearly every weapon receives a new move, combo, or technique, further fleshing out an already robust experience. Players can also earn new Master Rank gear and four-slot decorations to boost their offensive and defensive capabilities. These new moves and mechanics supplement the original moves wonderfully, giving the Hunter more strategic choices in combat.

Players will need all of these new tools to overcome the challenges presented by this expansion. Creatures in Monster Hunter World: Iceborne pull out all the stops to knock out Hunters with deadly attacks, fast movements, and hard-to-predict behavior. These behemoths move extremely fast for their size, yet do so with the grace and fluidity expected by series veterans. The twenty new monsters feature a good selection of old favorites as well as some new surprises. They also go a long way in filling out the roster of the original game, which felt anemic for the series and focused too much on fire monsters. New Hunters struggling to find their footing in Iceborne would do well to practice on the base Monster Hunter: World first. Intimate knowledge of the weapons, game mechanics and monster patterns is key to overcoming these new challenges, though finding some good friends can also help.

Once the main story quests of the expansion are complete, another area called the Guiding Lands opens up to provide an endgame. This area features zones inspired by each of the terrains from the original game. The Guiding Lands addresses complaints about the endgame of the original World, offering a deeper upgrade system and more robust challenges. As Hunters level up an area, rare and powerful tempered monsters and variants show up, providing greater challenges and higher-end materials. While not required, coordinating with friends is a much more efficient means of leveling up these lands. This system is an improvement on both the original game and others in the series, providing a compelling and satisfying experience. 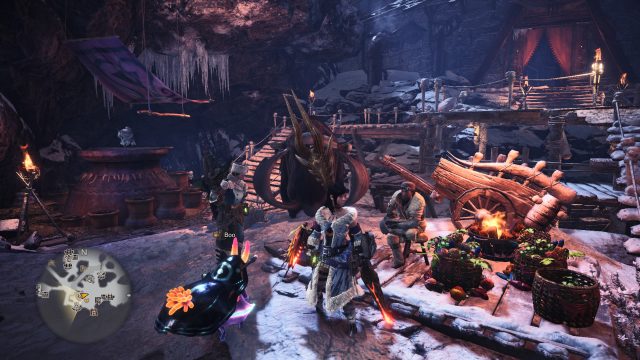 Attention to detail permeates every corner of the game.

Capcom continues to add new monsters, missions, and content to the game post-launch in order to keep it fresh and exciting. A new endgame system allows players to farm specific materials in the Guiding Lands to create layered gear mimicking earlier, unlocked sets. This allows Hunters to wear the gear that has the best skills and stats, while wearing their favorite armor outside of that. With all of these additions and improvements, one missed opportunity remains. For story missions, players must still get through the required cut-scenes before inviting their friends to join.

Much like the original game, it must be said just how good Iceborne looks. It raises the already-high standard set by the original World another notch. Furthermore, the attention to detail in the new hub city, Hunters’ personal room, the numerous armor sets, and monsters themselves continue to amaze even after hundreds of hours of play. Only the weapons disappoint in this area, as the developers did little to aesthetically differentiate roughly half of them. The sound and music accompanying these gorgeous sights are also delightful, showcasing compositions that change noticeably with the flow of combat. Great sound effects not only draw gamers deeper into the experience, but do a tremendous job of informing the player of their surroundings.

All of these elements, plus numerous other improvements, make Monster Hunter World: Iceborne a step up over the original in every way that matters to those who enjoy pursuing and subduing vicious creatures. While this expansion will certainly frustrate new Hunters learning the ropes, it gives veterans nearly everything they craved after finishing the original experience. Capcom continues to do what it does best in this series, improving upon prior efforts to refine these games for an even finer sheen. When it comes to games about hunting monsters, Monster Hunter World: Iceborne proves that this series is the apex predator.