Heroes Trials is a game about which I knew nothing until very recently. It’s an interesting action experience, one that unfortunately didn’t leave particularly positive sentiments in my memory. Never before have I encountered a Vita title that freezes so utterly as to force a restart of the entire system, but that’s not really a positive aspect.

The setup finds Zoel and Elia, a sibling pair seeking status elevation, embarking upon the successive Trials required to become Heroes. Their journey is guided by a professor handing down the next task to be completed, but otherwise this is not a game concerned with narrative. The entirety of its script is only a few pages in length, although it at least reads well.

Heroes Trials is intended to be played multiple times in search of better completion times, something that becomes apparent when any text other than a task briefing from the professor is on the screen. A timer constantly goes down during every mission, including when speaking to the few NPCs. This isn’t a problem for someone familiar with what’s occurring, but making sense of a few antagonists in the later portions is challenging if reading the text takes up too much time. Game Over results if the clock runs out, providing an incentive to hurry along at all junctures. This makes the already-perfunctory attempt to set up a few other characters into something actively detrimental to the experience. 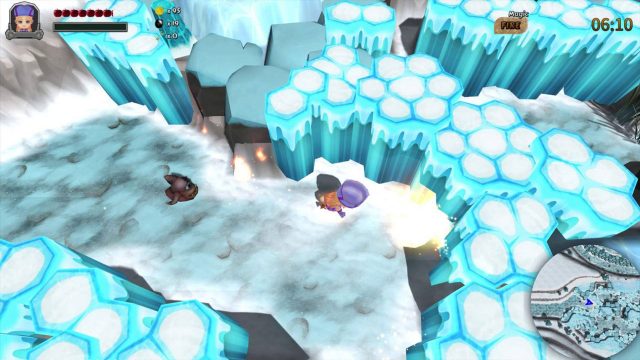 It’s a maze, and those ice ridges have to melt to move through. Just chill!

Zoel fights physically with a sword and shield, and he plays rather similarly to Link in overhead The Legend of Zelda titles. Elia fires a stream of projectiles using her magical abilities, and the player can switch between the siblings at any time. They oddly share the same health bar though, which makes death for one equal Game Over. Elia’s magical abilities allow one to play Heroes Trials in the vein of a shoot-em-up, although the visible amount of the screen isn’t large enough to easily spot incoming dangers, which makes hammering on the fire button to send a constant stream of shots a wise move.

Combat isn’t difficult, but in several areas simply avoiding the enemies in order to succeed without running out of time is the best tactic. Automatic saves prevent the player from losing much progress, but loading times when retrying something are noticeably protracted. The promotional material makes clear that this is a title intended to be replayed in search of better completion records, and even finishing it for the first time can be done in ninety minutes or less.

Very little in Heroes Trials is optional, and in fact all upgrades are mandatory missions. Elia learns several new varieties of magical projectile, and Zoel needs to improve his shield along with gaining bombs as a weapon. There are no other improvements to locate and, aside from a couple of trophies to earn, no reason to deviate from the mission guidelines. 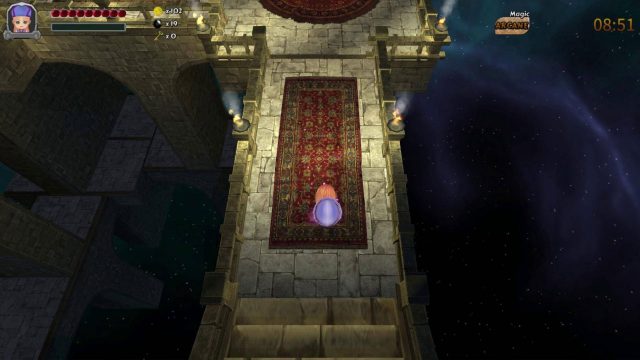 Why yes, this is indeed an aged structure with a maze-like design. How refreshing!

The audiovisual aspects are pleasant without becoming particularly prominent. Music is enjoyable and a good variety of tracks will be heard, especially considering the brevity of the overall game, but none of the compositions are likely to become lodged in the player’s memory. Visuals are a workmanlike overhead polygon blend that can easily be replicated across multiple platforms without running into technical problems. They aren’t particularly distinctive, but efficiently convey the necessary information.

I had some flashes of irritation when running into a couple of spots where the time limit compelled a beeline toward the goal, but otherwise Heroes Trials has left little mark upon my memory. As a title that can be played in competition with others for the quickest completion, it’s adequate but unremarkable. Even at such a relatively short length, it’s tough to recommend to an RPG audience. 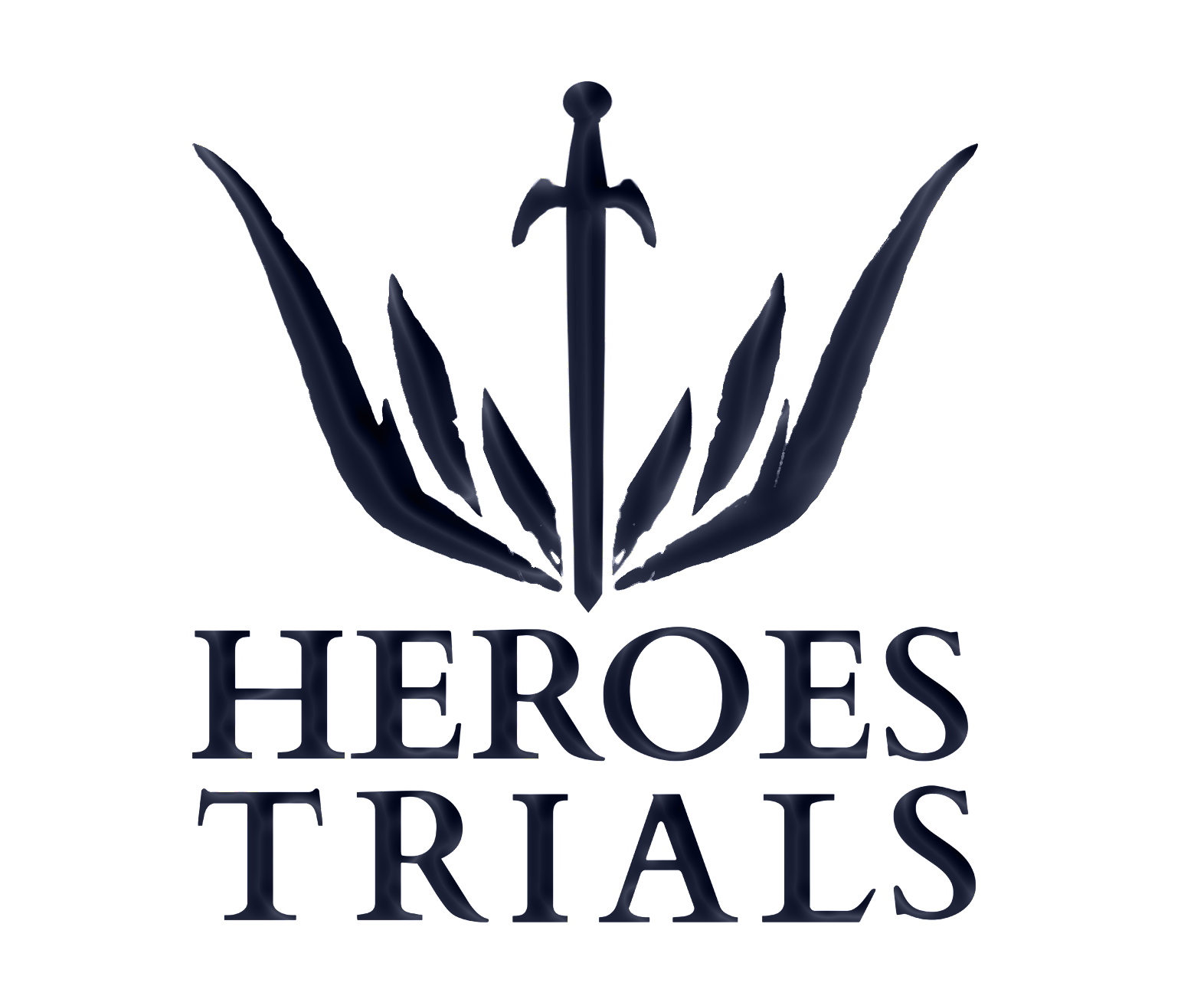