More than a New Garnish

The return of God Eater to North America and Europe hasn’t lacked for content, with Bandai Namco swiftly following up its release of God Eater Resurrection with God Eater 2: Rage Burst — in Europe’s case even packaging the two games together. It’s a strategy that has debatable effectiveness. Both games are great and the second introduces enough new aspects to distinguish itself, but playing both in short succession can lead to a burn out. The many similarities between both games means much of the recent review for the other title still applies, but God Eater 2: Rage Burst is an effective evolution for the series.

God Eater 2 takes place three years after the events of the first game. Conflicting choices for the user-created hero of the previous game are conveniently avoided by having them mentioned to be on a mission elsewhere in the world, although the wisdom of him staying on that mission doesn’t stack up once the major plot points start kicking off. Players instead create a new character, once again with an impressive array of customisation options including hairstyles, gender, and voice, with numerous clothing options available through the crafting system.

Instead of starting again at the Far-East Branch of anti-Aragami force Fenrir, players are a new member of Blood, a special force created by Dr. Rachel Claudius and based on the movable fortress Friar. This interesting new location doesn’t last too long, however, as players soon travel back to the Far East to investigate a pandemic caused by red rain. The protagonist is selected for Blood thanks to his special Blood Power, which allows other God Eaters to unlock theirs. While knowledge of the previous game’s events is not necessary for enjoyment or to follow proceedings here, players will benefit from knowing the many returning characters and there are some significant references past to the earlier tale. 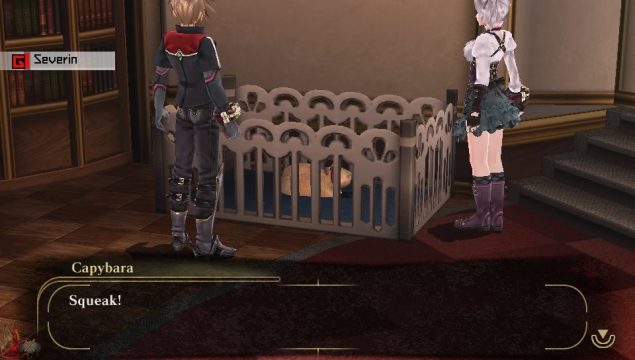 Apparently “Capybara” is not a sufficient plus point, so it’ll have to go here instead.

God Eater 2 places slightly more emphasis on story than its predecessor, granting a few more cutscenes and generally taking more time to develop the overall plot. As in the first game, little touches help punctuate things as all the characters back at base say new things after each story mission and through in-game mails. Some extra character development not present in the previous title comes from optional side stories, a series of events where the player character gets to know various other cast members combined with side-quests of providing items or completing missions with them. It’s still filled with a lot of technobabble needed to explain unexpected things, which prevents the narrative from hitting too high, and the sheer number of missions than were really necessary to progress through the story can become tiresome — particularly for players coming into the game straight after Resurrection. However, God Eater remains the best in the sub-genre in terms of providing an engaging narrative.

Missions in God Eater 2 follow much the same structure as the previous game, though Rage Burst makes a bit more use of the linked missions that appear towards the end of Resurrection and the game is thankfully quicker at introducing the larger Aragami in combat. The game retains everything that made the previous entry so enjoyable, keeping the missions action-packed with a steady enough drip of new skills, features, and enemies to prevent them becoming too monotonous. Combat goes to further levels of depths here, adding to the back and forth of melee and ranged combat, breaking body parts, and devouring from the first game while keeping the controls effective and not overly complex. The AI seems to have improved slightly as well, being a bit more effective at distracting the Aragami and helping out the player with healing or link bursts.

The aforementioned Blood Powers make up one of the new sets of features introduced in God Eater 2, with each party member’s skill providing unique effects in battle when activated. For example, Nana Kozuki’s power causes all Aragami to be attracted to her location. Another new feature comes from Link Support Devices, where the party can gain bonuses at certain times in the mission, such as a free revive or a boosted chance of breaking Aragami parts. New bullet options and a much wider focus on weapon skills ensure that the already robust crafting and upgrade systems give players even more ways to improve their character builds and unleash very satisfying punishment on the Aragami. 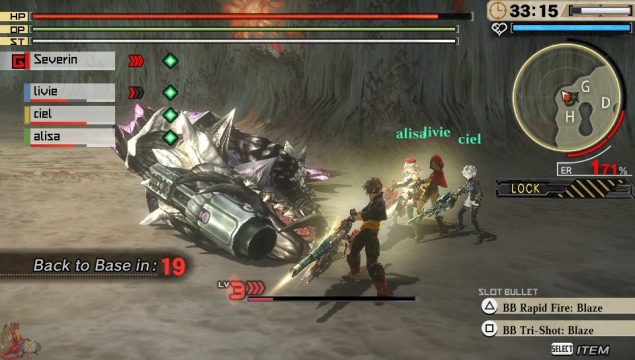 Head cannons are just the next evolutional step.

Preparing equipment for missions is again key, as players must consider both the attack elements and defensive weakness of the opponent prior to going out to give them the best chance of survival, with the mission series ensuring players are thinking ahead and have at least a couple of equipment sets ready to go. Significant differences between the weapon types already encouraged experimentation, but another new addition — skills calls Blood Arts — gives players further cause to adapt their combat behaviour to make the most of them. The vast array of options in God Eater 2 means that creating an effective build is not too hard, and should players run into a difficulty bump it doesn’t take too long to find the necessary items to upgrade or craft some new equipment that will help take players over it. Those looking for tough challenges will still find plenty in the many optional missions available, especially once the main story is complete.

Rage Burst waits until a bit over halfway through the game to introduce arguably its most impactful gameplay change. Once the titular mode is unlocked a percentage gauge is added to the UI, which is filled as the player character battles the Aragami. After it hits 100%, players can select one of the large Aragami to pledge against. This then gives players a short amount of time to do the required about of damage, plus any other actions they choose to try and get a bigger bonus, such as performing a devour. Should they succeed in all of the pledges, the protagonist enters Rage Burst mode, becoming invulnerable and receiving other boosts for a short period of time. This helps add a level of strategy and bring some freshness back to combat as players look to balance the risk of tougher pledges with the reward of even more damage should they succeed. All of the new aspects combine over time to ensure that God Eater 2 avoids being just a case of more of the same, instead evolving from its predecessor.

God Eater 2 looks very nice on the PlayStation Vita, again making good use of the apocalyptic theme. A good selection of new areas and Aragami to face means there aren’t any problems where missions are simple repeats of the past titles. The new Aragami also do a slightly better job of avoiding pure palette-swapping, with enough distinct changes to readily identify them as different, if closely related, creatures. If any complaints are to be made, it is that the camera can still work against the player in certain close-proximity and aiming situations, and there are couple of curious outfit designs. The music, once again scored by Go Shiina, manages to be an improvement on the first game’s, working with an assortment of familiar and new themes to create a stirring audio experience and leave RPGamers wondering why his services are not called upon more often. Voice-acting is once again of high quality, both in the cutscenes and in the chatter and commentary during missions.

God Eater 2: Rage Burst cements the series as the best alternative to Monster Hunter, and potentially surpasses it for those looking for a narrative within the gameplay experience both series offer. All of its parts work together to make enough improvements and updates on the previous entry, while keeping its flavour intact. Though I experienced some burn out as a result of playing the titles in quick succession, those times when I was playing the game were all highly enjoyable. Hopefully Bandai Namco gives the series another full-blooded look in future, though maybe once everybody has had a bit of a break. 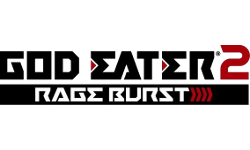