Clash of the Odysseys

When the first Etrian Odyssey was released in 2007, games that deliberately eschewed most of the RPG genre’s progressions and tried hard to emulate ’80s dungeon crawlers were thin on the ground. Recent years have seen more of them released, and clearly they fill a specific niche that no other subgenre caters to. Etrian Odyssey IV: Legends of the Titan is about the thrill of discovery and exploration, which is felt constantly while navigating its large locales. It is also about assembling a team to trounce all the aggressively unfriendly flora and fauna found in those locales, a task the game handles superbly.

After a small dungeon to introduce the first-person exploration mechanics, the player-named quintet of adventurers starts exploring its surroundings via hot air balloon. Dungeons that can be traipsed on foot are found by looking around the landscape, along with animal and vegetable food sources that the group can consume to provide temporary statistic increases or take back to town for sale. At first the balloon is limited in its ascension ability, but as the game progresses it will receive upgrades to let the previously inaccessible heights become fair game for cataloging. The thrill of discovery is omnipresent while moving around the world, and reaching new spots an occasion for celebration.

Plenty of significant things to denote are present while flying around the landscape, but the dungeons are even more rife with important spots. EOIV‘s handy mapping feature on the lower screen is ready to make cartography quick and pleasant, with a wide range of symbols that the player is free to assign to every spot of note. The only thing the game automatically logs is the ground over which the party treads, leaving all the shortcuts and unusual artifacts to be set on the grid using the stylus. This procedure is remarkably addictive, and the pleasure provided by filling out a map in detail is pervasive. Plenty of icons are supplied, giving enough variety to make cartography painless.

The characters undertaking these feats of exploration are defined entirely by their classes, which are chosen before the player even assigns them names. Each job comes with specific skills to steer its development, and one point is gained with each level to hone a character’s potency. The game is very clear about what skills do and how to unlock the ones initially inaccessible, extremely useful when gaining levels is slow going. Later in the game characters gain the ability to add a subclass for further versatility, which allows development of another job’s abilities at a maximum of half the usual strength. This caveat makes subclasses less useful than a dual class option would have been, but the abilities they allow characters to access can still make a great difference. Character customization is involved and gripping, with the inability to max out everything absent an enormous amount of work ensuring that the player will have to plan carefully. Three additional classes only become available at set points in the game, granting even more options for party customization. 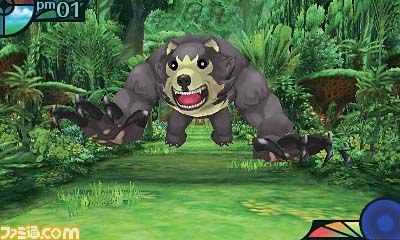 Does killing bears count as an environmentally unfriendly act if they’re bloodthirsty maneaters?

Disciplining the random hordes of unfriendly monsters found while exploring dungeons is done with a straightforward turn-based combat engine that works very well. Many abilities can pierce through the first line to hit something in the second, others have a central zone of effect and hit neighbors of the target with less fury, and certain techniques make clear they will take effect at the beginning of battle without relying on the somewhat random turn order. Plenty of skills alter the balance as well, with characters sometimes getting to use actions without expending mana or significantly increasing critical hit rates. EOIV also introduces a Burst gauge fairly early in the proceedings, which gradually charges while taking action in combat and allows use of powerful techniques guaranteed to activate at the beginning of a round. Simply hitting the attack option is not a viable means of overcoming adversaries, and the combat system is the better for it.

While in the balloon and traipsing through dungeons, the explorers will be confronted with numerous monsters plainly visible from a distance. Etrian Odyssey is known for its FOEs, and these creatures follow paths through their territory until the player wanders into range. Some will actively pursue a party with the temerity to enter visibility, and some will placidly plod through a set route unless confronted. Fighting a FOE in EOIV is akin to taking on a mini-boss, and many areas pack quite a few into a small area. They’re hardly invincible though, and the reward for fighting these monstrosities is often very tempting.

Where EOIV‘s sense of exploration falters a bit is in its inventory. The store doesn’t sell new things at any defined moment, only when the proper materials are supplied from the party’s adventures. Enemies bequeath pieces of their anatomy upon death that are useless to the player except as generators of currency at the store, and are then turned into new pieces of equipment for which the shopkeeper naturally charges a hefty amount. The irritating aspect stems from the hard limit of sixty items that can be held, and players will experience it many times due to the generosity of freshly slain enemies in leaving pieces of their corpses to haul away. This makes going back to town for a selling session a frequent occurrence, interrupting the flow of dungeon exploration.

At any time while playing EOIV the player has the option of changing the difficulty from Normal to Casual. The differences mostly amount to enemies dealing less and taking more damage, while booting the party back to town fully healed upon defeat instead of getting a Game Over. Even Casual difficulty is enough to repel those without patience, but the game is not terribly difficult for those with dungeon crawler expertise. It’s definitely a meaty package though, with a main story that could easily last sixty hours if the multitude of optional quests is explored, and a significant hidden area along with several tough bosses can be investigated after the credits roll. 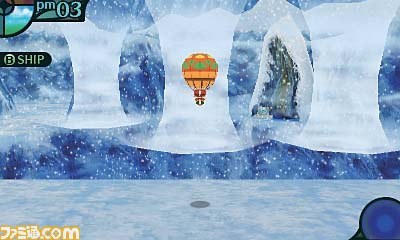 However tempting it may look, do not enter one of these and expect to reach Oz.

Story is not the focus of EOIV, but neither is it a botch. Essentially the player-created guild is out to regain contact with Yggdrasil, a fabled tree reputedly responsible for the genesis of humanity and all the natural bounties of the planet. Exploring the world reveals many long-buried facts about its history, and Yggdrasil’s critical importance generates some tension at the climax. Atlus handled the localization with its usual aplomb, but the events which transpire are not gripping so much as moderately interesting. EOIV abstains from unnecessarily long plot developments, and its narrative is a pleasant garnish instead of the main ingredient.

A first-person battle perspective generally does not lend itself to gorgeous character graphics in combat, and EOIV upholds this standard with efficient but unimpressive animations. The enemies look quite nice and move fluidly, but the old curse of palette swapping rears its ugly head often. The landscapes are fortunately varied and picturesque. Yuzo Koshiro’s soundtrack is a flat-out triumph with fifteen credited musicians playing beautiful compositions that remain enchanting throughout the experience. Each part of the overworld, dungeons, and an impressive variety of battle themes provide ample evidence that the man whose career started with Falcom in the late ’80s and gained wider acclaim for Streets of Rage hasn’t lost any of his touch for addictive music.

Etrian Odyssey IV taps into the inner explorer and makes uncovering a world’s mysteries captivating. Much of what it has to offer is forgiving enough to entice those without dungeon crawling experience, though that also makes the game unthreatening to people with a background in its brethren. I found the process of exploration and filling out a map from a blank screen incredibly addictive, and have no regrets for the many hours it took to do so. Chalk this one up as a reason to be very happy for owning a 3DS.