One of my favourite things in the churn of video games industry news is to watch a Nintendo Direct.  The Switch is one of my favourite consoles, and I play few games on other systems.  I was shocked and pleased when a reimagining of my most frequently completed Super Nintendo game arrived — and available on multiple systems, to boot.  I’ve played a lot of Actraiser over the years, and fell in love with the combination of god-sim and action sequences, so any sort of resurrection was going to have high standards to live up to.  Thankfully, Actraiser Renaissance delivers in spades, with a full-fledged story, additional combat sequences, and even more of what Actraiser fans love wrapped into a new seventh act.

The core tenets of the Actraiser gameplay SNES players remember fondly are in full display on modern systems.  Each geographical region is divided into three loose sections: an opening act where players must wield the powers of the God of Light in an action RPG combat stage, followed by a city-building simulation where mighty magics can be wielded to solve problems for their worshippers, followed by a second combat act with a big boss battle, after which the player moves on to a new region.  This simple cycle has birthed similar games, but nothing else quite hits the same balance or has the same fun quality to it, including the original game’s official sequel. 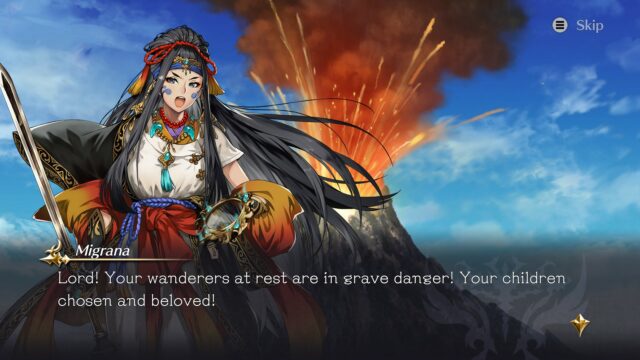 New heroes form the center of an updated story.

It’s worth diving into what’s changed the most in Actraiser Renaissance: the game now has a fully fleshed-out story.  The original game’s story was tissue paper thin: go to an area, build a thriving civilization, move on.  Renaissance builds on that by adding multiple new angles to the game’s narrative, including regional champions, each with their own story, adding more depth to the usual god-sim gameplay.  The player’s angel also now has a personality and interacts with the people in each region, acting as a narrator of sorts and bridging the gap between the silent god’s role and the people praying to them.  The new story is a much needed improvement, and while some of the plot twists are a little predictable, it remains a fun romp that has a lot of witty writing, from tender and loving moments, sad goodbyes and bittersweet partings, to multiple laugh out loud moments, especially around the banter between the God of Light’s angel and the various heroes.  The worldbuilding in particular is excellent, carrying the story from one region to the next, and the new post-story continent serves as the perfect endcap, pulling together the disparate heroes into a single narrative, and their interactions are a particular highlight to the story that carries along the gameplay in a new and engaging way.

Also expanded upon is how frequently the player must descend from on high into battle; much like the original game, each act opens and closes with a combat sequence.  Renaissance continues to build upon this by requiring players to adventure into monster dens.  While previously closed with no interactive element, now the God of Light must dive into these portals and engage in a brief, high-octane battle to defeat the monster-spawning nodes inside.  These short skirmishes help break up the building portion of each region and seeing how each of the game’s new heroes reacts to each settlement’s expansions and overcoming new challenges mostly smooths the original game’s pacing.  To help out newcomers, an easy mode has been introduced, which has weaker and less complex enemies and grants the God of Light an infinite number of lives in combat acts.  Meanwhile, grizzled veterans of the original game can tackle the hard difficulty, which has stronger and smarter enemies and a slim three lives to conquer the pivotal action RPG sections. 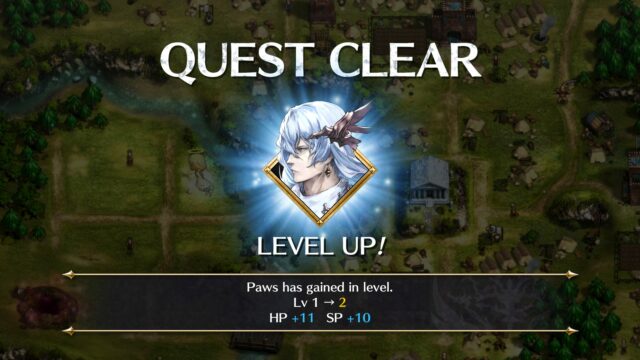 Both the God of Light and the new heroes can level up, increasing their stats.

Combat has also seen extensive rehabilitation.  Gone is the stage score system, replaced by a trio of RPG progression mechanics.  The first is an experience system where the player’s god character increases their stats by completing both the main story and optional quests during each city building level.  Second is a series of hidden scrolls in each level that also bolster the player’s stats, rewarding exploration.  Third is a temporary buff in each stage that is powered by crystals dropped by enemies, which can provide up to a 100% boost to the player’s attack and magic power.  While in the original Actraiser players were encouraged to simply smash through stages as quickly as possible, now thorough exploration and conquering enemies is amply rewarded.

However, that isn’t to say all the problems with gameplay flow have been corrected within the remake.  Newly introduced is a tower-defence section in each region, where the regional heroes truly shine.  Players must now build defences in each region: forts to combat ground units, arrow towers to conquer flying enemies, and magic towers to lay low spiritual foes.  Regional heroes also follow a similar pattern, with two melee champions, two ranged choices, and a pair of magic wielders.  What constitutes a win won’t vary much: nearly all skirmishes will require eliminating all enemies, but how players can lose varies wildly, which adds a nice variety to this new gameplay mechanic but also ample frustration as building up materials to promote each defensive structure to level 3 requires a lot of sitting around waiting for factories to produce them.  With extended city building sections flowing into the tower-defence game, the God of Light’s right hand has an increased role in city building; however, the angel is now frustratingly floaty, and maneuvering to combat floods of foes coming out of monster dens takes some practice. 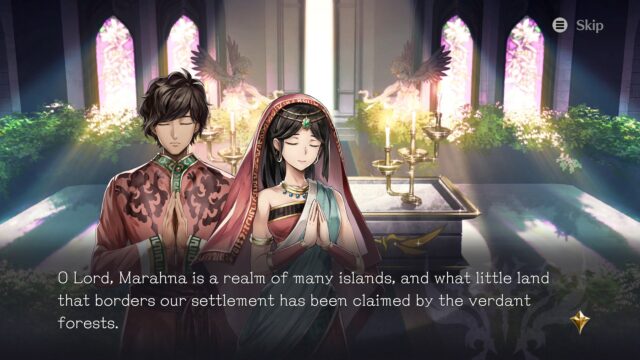 Each region has its own needs and concerns, with fun plot twists.

Renaissance does a fantastic job capturing the original look and feel of the SNES title, even aping the game’s famous Mode7 dives into each region, and translating the pixelated maps of the game’s grand continent, as well as a brand new seventh act, into a gorgeous experience.  Unfortunately, the game does suffer some visual hiccups when scrolling, especially in the larger, busier maps; thankfully, these don’t hugely detract from an overall lush and colourful style.  Similarly, the game’s music has seen an aurally pleasing upgrade, while players who prefer the original tunes can switch back to the classic music.  The new music is fantastic, with a mix of emotional melodies that will stick with the player even after the final credits.  However, one crucial part of the game’s original presentation, the original sound effects, are perplexingly missing.  It would have been nice to revisit the old cheesy “hyah!” as the God of Light smites their unworthy enemies.

For veteran Actraiser players, Renaissance brings to the table more of everything great about the original, and the new content creates an engaging gameplay cycle that, while not perfect, still recaptures the ephemeral fun of the original release in a way no other god-sim hybrid has done since.  There’s a little something for everyone, including adjustable difficulty, improved RPG elements, a deeper storyline, and competent combat. It’s great to see a beloved classic recaptured with much-needed modern updates while ensuring the charm of the original never loses its place.