The Legend of Heroes: Trails to Azure Gets Trailer, Limited Edition

NIS America released a new trailer for Nihon Falcom’s The Legend of Heroes: Trails to Azure. The video introduces the game’s main characters, the members of the Crossbell Police Department’s Special Support Section, who return from previous game The Legend of Heroes: Trails from Zero. In addition, NIS America announced a physical Limited Edition for the game, which is available to pre-order now from NIS America’s online store for $89.99 and contains: 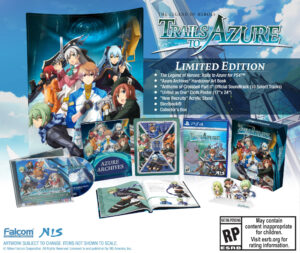