NIS America has revealed that it will be releasing Nihon Falcom’s The Legend of Heroes: Trails of Cold Steel IV in North America and Europe. The game will be released for PlayStation 4 in the fall of 2020, with PC and Nintendo Switch versions to follow in 2021. Trails of Cold Steel IV will be available physically and digitally on consoles, including a day one Frontline Edition that includes a soundtrack selection CD and  mini art book. There will also be a $99.99 Limited Edition, which is available to pre-order now through NIS America’s North American online store for PlayStation 4 and Nintendo Switch, that includes: 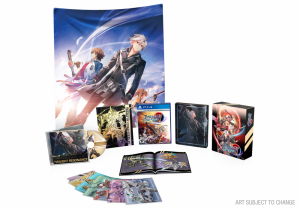