11 bit studios and Dead Mage have announced their 2020 update plans for roguelite hack-and-slash RPG Children of Morta. The planned updates are split into the following eight parts:

The first seven of those updates will be free, while The Uncharted Lands will be a paid expansion. No dates have been announced for the updates. Finally, the original soundtrack, composed by Hamidreza Ansari, is now available on YouTube, Spotify, and iTunes.

Children of Morta stars the guardians of Mount Morta, the Bergson family. Players lead the Bergsons in their mission to defeat the corruption that has overtaken the mountain and infested it with monsters. The game is currently available for PC, PlayStation 4, Xbox One, and Nintendo Switch. Those looking to read more about Children of Morta can check out RPGamer’s Deep Look. 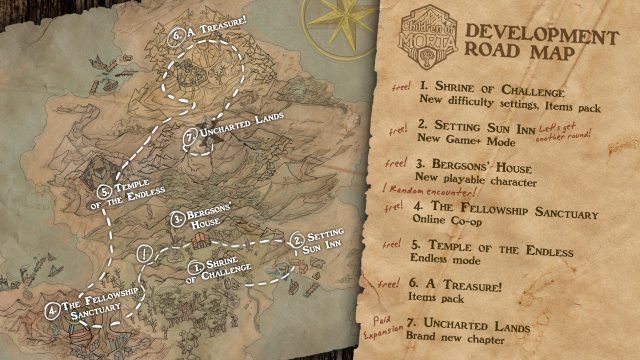