Every action has consequences, intended or not.

Developers are always looking at new ways to bend the RPG genre, and mixing a tactical game with a narrative title isn’t a unique idea — both Banner Saga and the Utawarerumono series create their own mixes of the two.  Now a third game is tackling the narrative-tactical mix, in Six Ages: Ride Like the Wind. Unlike the former titles, there are really no wrong answers, though there may not be a right one either. 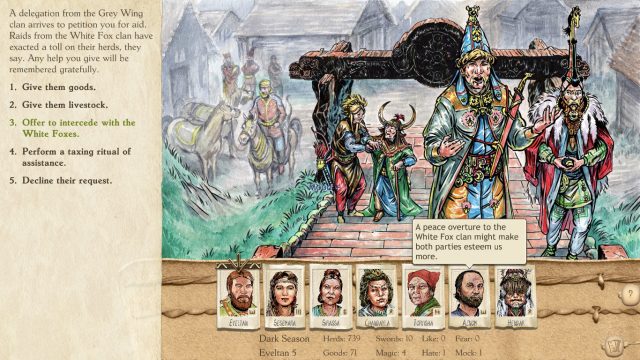 Starting the game, players get to choose their background through a series of questions.  For example, when presented with two events my tribe lived through, I selected the flood; this gave my tribe a boon, ensuring they would never be afraid of water or water spirits in the future.  After completing a tribal history, the game quickly moves into present day, where the tribe has recently resettled, fleeing some disaster; in my case, this was also water-based, a glaciation.

The tribe the player helps guide is made up of seven families, and thus the council of seven advisers that the tribe uses to make decisions has one from each branch.  The player doesn’t have to balance the council (and doing otherwise has its own pros and cons), but for the purposes of the demo they were balanced.  First on the docket was deciding what would be the primary task of the tribe for the upcoming seasons. Making new fields seemed to make almost everyone happy, since feeding the 650 members and growing population was going to be a serious concern. 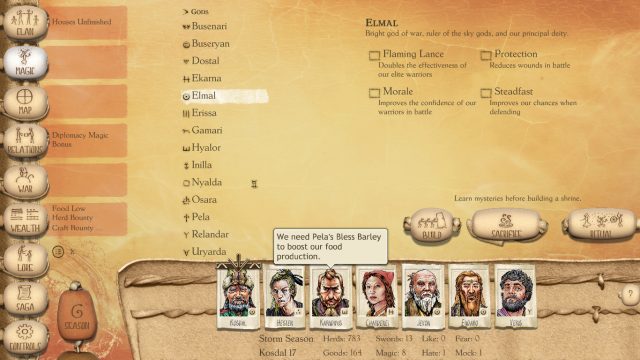 From there, each month passed with small events, which players will need to decide how to handle.  These include both non-combat encounters, such as deciding how to handle an overpopulation of deer, to combat-specific tasks, like deciding how many warriors to send against a tribe who’s decided your goat herds look like their goat herds and have come to make their point with pointy things.  How many troops your tribe is willing to commit will dictate the outcome, but it won’t necessarily mean a clean win.  Every action has consequences, intended or not.

There’s a lot that can potentially go on during each turn, like organizing the clan, casting magics, human sacrifices, shamanistic rituals, building, diplomacy, and more.  These were only hinted at during the demo, but will provide a more rounded experience during a full game playthrough.

Though Six Ages: Ride Like the Wind is clearly still in development, the structure for an interesting title peeks through.  A release date announcement should be following shortly, as the game is expected to launch in 2019.  It will be available on PC via Steam and can be wishlisted now. 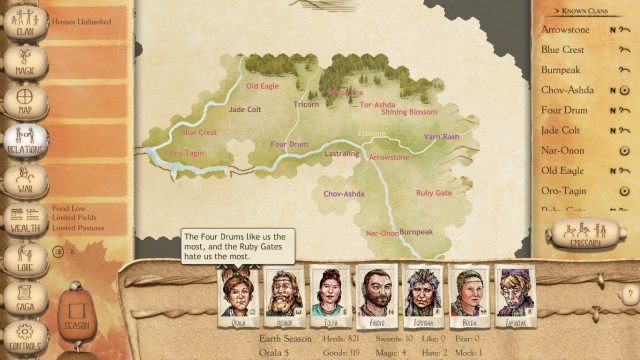