Famitsu has posted a new preview for Fire Emblem: Three Houses, providing new details about the game and a massive amount of new screenshots. The new details primarily cover the recently-revealed second arc of the game, with the preview also introducing numerous new characters and advanced unit classes.

The second arc of Fire Emblem: Three Houses is currently known as the war arc and takes place five years after the first academy arc. The structure of the arc is largely the same as the first, however. Players will spend a few weeks training up and otherwise preparing their army, before a large battle happens at the end of each month. Elements from the academy arc will remain, such as the tutoring system, which is relabelled to drills.

Though players will be aligned with the house they selected for the academy arc, they will be able to recruit other characters to join their class. This can be done by approaching them on free time on Sundays, and selecting the scouting option. Players will need to meet certain requirements before they can be recruited, however, such as needing the player character to have a sufficient strength stat and Lance professor level.

In the war arc, players will be able to invite characters to join them for tea, either on Sundays or the character’s birthday. Players select which leaves to use for the tea and then select a topic of conversation. Selecting the correct option for the character will help raise their support level, though selecting another option will not have any negative effects. Choosing the correct subject enough times will cause the event to extend into a free time phase, where additional presents can be given to them.

There are also additional facilities detailed. The Cathedral hosts four statues depicting the four Saints of Fódlan, where players can spend Fame points obtained from missions and combat to provide an assortment of boosts. Once per day, players can also invite two characters to join them practicing in a chorus, which will providing multiple benefits including boost support levels and raising the Faith professor level. Characters will also post anonymous letters to the Cathedral, which players can respond to, selecting one of three options. Selecting the appropriate response for that character will help boost support levels.

Meanwhile, the market will host multiple traders that will sell items not available in the regular shops. This includes returning character Anna, who will be available after a specific quest is completed. Players can also visit the blacksmith to forge weapons, which require both money and ingredients such as ores. The repair feature from Genealogy of the Holy War and Thracia 776 will return in Three Houses, so when a weapon’s durability hits zero, it becomes broken instead of being lost completely. The adjustments to durability combins with the new advanced battle techniques, which are strong attacks can be learned by advancing professor levels. These will spend more durability points than regular attacks and do not permit extra attacks, but are considerably more powerful than other abilities.

The preview introduced multiple new characters who can join the player’s class and army, as well as three of the game’s antagonists. Caspar von Bergliez of the Black Eagles is the second son to an Earl and has a strong sense of justice, but easily gets into fights. Linhardt von Hevring, another Black Eagle, is the freedom-loving son of an Earl, who is deeply interested in studying Emblems and a good friend of Caspar. Petra MacNealy is the third and final Black Eagle introduced. She is the granddaughter of the king of the Brigid Archipelago, which can be found off to the west of the continent of Fódlan. 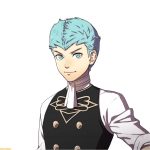 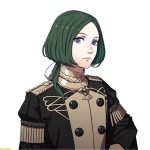 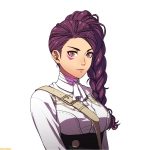 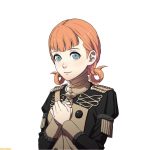 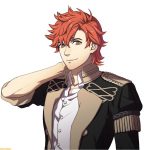 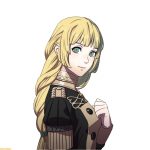 Annette Fantine Dominic is in the Blue Lions and the niece of a Baron. She graduated from the magic academy with strong grades, and works hard but is prone to making mistakes. Sylvain Jose Goetie is the son of an Earl and another member of the Blue Lions, whose elder brother was disinherited because he didn’t have an Emblem. The third Blue Lions member in the preview is Ingrid Brandle Galatea. The daughter of an Earl, she aims to become a noble knight and is naturally honest.

First of the newly-introduced Golden Deer characters is Ignatz Victor, second son of the leader of one of the mercantile houses in the Leicester Alliance. He wants to become a knight but also loves nature and art. Marianne von Edmund, meanwhile, is the adopted daughter of an Earl. She is quiet and often avoids other people, but will happily talk to birds and other animals. Leonie Pinelli is the last Golden Deer introduced and is a hunter’s daughter who is attending the academy to try and become a mercenary, having been inspired by the protagonist’s father Jeralt. The final allied character introduced is Katherine, one of the Knights of Seiros and a graduate of the academy who uses one of the legendary armaments known as the Hero Relics. 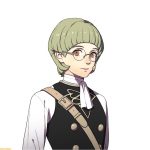 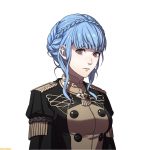 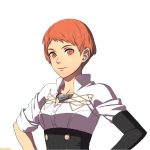 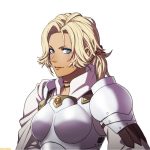 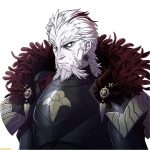 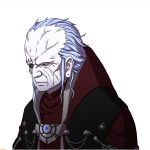 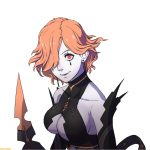 Also briefly introduced are three antagonists: Thares, Solon, and Cronier. All three are members of a group called the Darkness Crawlers, with Thares acting as their leader. The group is acting in the shadows to advance a plan that impacts the entire continent.

The preview also showed some of the game’s advanced classes. These classes require characters to be level 20 and passing a qualification exam using Advanced Exam Passes. The Hero is a class that masters swords with high power and speed. The Fortress acts as a tank, with slow speed but very high defence. The Paladin is a generally well-balanced mounted class with high physical and magical defence. The Grappler is a male-only class that focuses on melee and is able to fight without equipping a weapon. The Warlock is an attack-focused magician that is good against enemies that have strong guarding abilities. Finally, the Bishop specialises more in White Magic, but has access to offensive magic that lets them be a more balanced class.

Fire Emblem: Three Houses is set to be released worldwide for Nintendo Switch on July 26, 2019. The game is being developed by longtime series developer Intelligent Systems with assistance from Koei Tecmo.