Wait, There It Is

As I’ve said elsewhere, I always like to see new ideas and IPs make it out of Japan, even if it’s clear that they haven’t been developed on a particularly large budget and are more than likely to fall into the niche market. Lost Dimension is one such title, combining the paranoia-based themes of Danganronpa and a strong battle system with a Valkyria Chronicles vibe. Though it creates a very strong opening salvo and is a very enjoyable experience overall, the game doesn’t quite achieve greatness, and its finale just peters out instead of concluding with a flourish.

Lost Dimension garners a lot of interest with its overall premise. The game is quick at setting up the situation: a mysterious person called The End has unleashed sudden destruction on Earth from his huge tower, with normal military actions being ineffective at stopping him. The world’s governments quickly decide to send in a special force known as SEALED, which includes a group of young people, each of whom has a unique psychic ability. Eleven SEALED members end up able to enter the tower, including the protagonist, Sho, who The End appears to harbour a special hatred for. At this point The End reveals that not only have they thirteen days — though there is no in-game timer — to scale the tower and stop a salvo of nuclear warheads, there are also traitors amongst their ranks.

It’s a strong opening and the fact that the traitors change between playthroughs due to its randomised mechanic — the exception being the initial traitor in the first playthrough — helps to sell the sense of paranoia and unease that quickly spreads through the team. The End tasks the team with finding the traitor on each floor, with a mysterious room preventing further advancement unless one of the team is voted off by the others. Fortunately, Sho’s special ability allows him to detect when there is a potential traitor in the party for each mission, with his limited-use Deep Vision confirming or disproving the traitorous character of suspects. However, he must also persuade the others of his suspicions through conversation options at the end of each battle. Though the game doesn’t end if an innocent party is eliminated, failing to remove the traitor will come back to haunt players in the final battle. 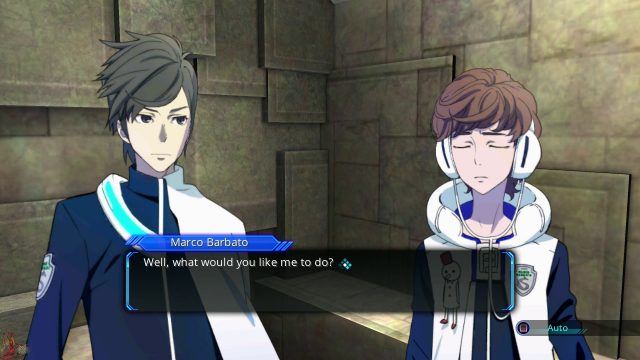 Ideally, not be a traitor.

The writing handles the possibility of different characters being present well enough by way of avoiding references to specific members who were previously voted off. The overall story is handled decently for the most part, with the cast trying to work as a team to deal with the task at hand while worrying about possible betrayal, and the game is adept at hinting about secrets behind the whole ordeal. There are also various side conversations where Sho can get to know and build his relationship with the other team members, learning more about their past and desires, and culminating in a special battle. These add a nice balance to those points where the next part in the story is waiting for players to get through the requisite battles, helped by an interesting, varied, and generally likeable set of characters.

Lost Dimension‘s biggest problem is that many of the underlying questions are not answered satisfactorily within the story, and the game’s finale is a let-down. There is a true ending to the game, though this requires at least one additional playthrough in order to achieve its requirement and still doesn’t offer a particularly fulfilling finale. Many questions will remain for players and though a lot of useful background info is available to collect in the battle arenas, going out and grabbing these is a tedious process. The final stages often spell the difference between good and great RPGs, and sadly Lost Dimension simply falls short.

The End’s tower is divided into five floors, each with three required missions and others that are optional, though the game often requires some of the ostensibly voluntary quests to be completed before the final mandatory one is unlocked. Each battle pits six SEALED members against a number of robotic opponents and requires players to destroy either all or particular enemies. The battle system uses a turn-based strategy system somewhat similar to Valkyria Chronicles and Code Name: S.T.E.A.M., but without any sort of overwatch mechanic, which allows players to try out different movement options without being beholden to them.

The psychic abilities of the squad offer a decent spread of melee, ranged, single-target, and AOE skills, with other passive effects also provided. For example, one character can levitate and so is unburdened by gaps that other members cannot cross. Teamwork is an important part of the battles, reflected by a couple of major features. First is an assist mechanic that allows other characters within range to follow-up an attack with another at no extra cost. Second is the option to defer a character’s action after movement, which allows a nearby teammate who has already acted to gain an extra turn, including movement, and can be invaluable for setting up assists or covering great distances quickly. Using the most powerful skills all the time with one character is ill-advised, however, as characters become berserk if their sanity meter empties, though this can actually be advantageous in the final stages of a battle. 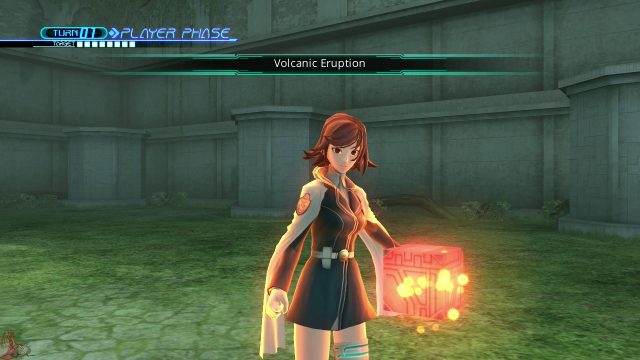 Yes, that skill will hurt nearby allies.

Character growth comes from standard level-up and equipment mechanics, as well as an individualised skill tree based on that character’s psychic ability. If eliminated, characters drop a special item that can be equipped on others and grants the eliminated one’s abilities, meaning that should the main healer end up being a traitor, players needn’t worry about going without healing for the rest of the game. All in all, the battles are very enjoyable

Battles provide a bit, but not too much, of a challenge, with players able to switch to the Easy difficulty setting at any time if they wish. As long as players don’t spread out the squad, assists come easily and are often the best way to achieve victory. It’s also not too hard to discover the identity of the traitors, with the game giving sufficient tools to solve the logic puzzle of determining the three potential options, especially if players undertake optional battles as well. The only issue here will come if players needlessly waste their vision points before determining the three possible options, as these are needed for the final unmasking.

As is often the case, the visuals are the most telling aspect of the game’s lower budget, and Lost Dimension‘s often look just a bit too generic. There is a limited assortment of enemies and each floor receives a single tile set, but there is a good variation between the different sets. Potential repetition is further mitigated by a nice variation in both the layouts and positioning within each battle, making it so each one feels distinct. Menus are easy enough to use, though navigating the UI never feels as responsive as it could be. Lost Dimension doesn’t have the strongest voice acting out there, but does the job well enough and helps add some character to the cast. Music also isn’t one of Lost Dimensions strong points, with a fairly limited selection of tracks, but again does the job without being too grating.

All in all, Lost Dimension is a fun and worthwhile experience. Despite the finale lacking punch, the story and premise are on the whole very interesting and ably supported by an engaging and enjoyable battle system. It’s just a bit of a disappointment after the fascinating setup that the game doesn’t quite seem to have enough behind it to get that one final push towards greatness. 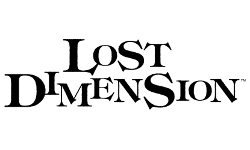