This Party Is Questionable

Dungeon crawlers are a hit-or-miss genre with me, and ultimately something I don’t necessarily gravitate towards. Often I find them too stuffy, bloated, and there comes a point where there’s just not enough going on to give me the motivation to continue forward. Criminal Girls 2: Party Favors is a game that I normally wouldn’t have played given my relationship with dungeon crawlers, and considering its pedigree in terms of content, I was worried I wouldn’t be fair to the game as a reviewer. However, sometimes being a good reviewer also means challenging yourself to try games that seem controversial or even out of your comfort zone. While there are large issues at hand with Criminal Girls 2‘s content and gameplay, I won’t deny how solid some of the other aspects of the game truly are.

Criminal Girls 2 begins as a mystery — seven girls appear before the player controlled Instructor, but only one of them is a true convict. When the Instructor is introduced to his new squad of ladies in need of reformation, he is granted the task of flushing out the true criminal while attempting to help the remaining six find salvation and be readmitted into society from the depths of hell. That’s about all there is to the story in Criminal Girls 2 and a lot of the dialogue that exists is sadly very inane, kind of silly, and doesn’t give the player any real means to connect to these characters. Each girl plays a specific anime trope to the point where that is their identifiable character trait.

There are smaller plotlines for each girl, however, and they come in the form of a “Girl’s Wish.” These tiny threads of story can only be accessed by completing specific tasks offered to the player by the girls. While the player can learn how the girls ended up in prison through these wishes, a lot of these stories lack any emotional punch, making it so hard to care about their reformation journey. While NIS America did an admirable job trying to make the dialogue and story interesting, there’s just not enough there for those looking for a narrative hook. 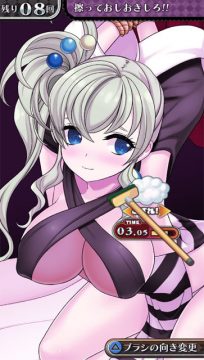 The real draw in this game comes from the dungeon crawl itself and that is where the game will feel satisfying to some. Criminal Girls 2 has some great dungeon design, with the right amount of random encounters hitting the players. It’s not too much, not too little, and it has the right amount of exploration and content to discover. Most of the enemies are the right challenge level as well, making the crawl feel like less of a march. The battle system is also unique in that the player has four heroines in the screen, each making a suggestion as to whether they want to attack, support, heal, or perform a combo rather than allowing the player to select from a menu of skills. Only one character’s suggestion can be accepted at a time, which is why it’s critical to pay attention to the flow of battle.

Here’s the kicker: this decent balance and unique battle system are thwarted when a boss fight occurs. Boss fights aren’t necessarily hard, but these baddies tend to have insane amounts of hit points for no good reason other than to draw these fights into a slog. This makes it all the more important to play the battles strategically, but since the suggestions don’t always tell the player what move is going to be performed by the heroine, it’s hard to know sometimes what is going to be used and how much damage or support it will provide in the end. Boss fights are unoriginal, boring drags, and they are by no means fun.

Speaking of slogs, while the first few areas are fairly well balanced in terms of the dungeon crawl, Criminal Girls 2 is incredibly grindy, which should be expected given it’s developed by Nippon Ichi. In fact, it’s grindy in two specific ways: the first being that levels are important for helping heroines overcome the boss battles, which is standard RPG fare. The other is much more painful, with the player must farm CM (the game’s currency) in order to level the skills that the heroines can learn. What makes this even worse is having to play an atrociously sexist minigame to go with it. These minigames, such as squishing balls, scrubbing filth, or flinging slime are meant to titillate, but they are in fact the most excruciating part of Criminal Girls 2 because playing them is the only way to receive new skills for the heroines. They are not fun to play, and the repeated process of farming CM to have to replay these stupid games just adds to the absurdity of this system. The joke of it is that these games are to motivate the girls and the player to do better, yet they just feel like senseless titillation for the sake of senseless titillation. 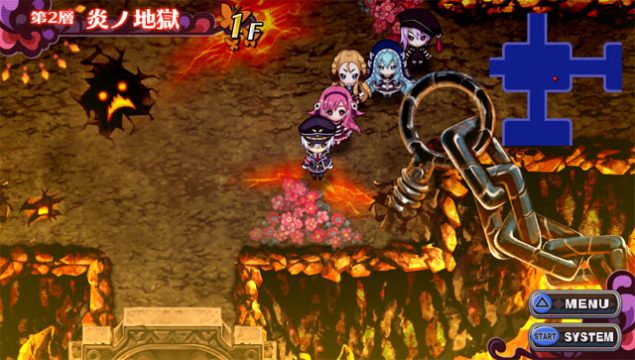 Thankfully, outside of the “motivation” still portraits in the minigames, the rest of the graphics in Criminal Girls 2 are quite adorable, as all the girls are little chibis that wander around fairly standard looking dungeons. While they aren’t the most inspired environments visually, they fit the chibi-fied character models that traverse it. There’s a great use of colour in the game that definitely distinguishes it from other dungeon crawlers out there, using crazy amounts of pink and purple. The same can’t be said on the audio front, as a lot of the tracks feel like filler, with none of them being memorable except for the minigame theme song, which is downright horrid. The voice acting, though Japanese only, is quite solid, and that makes up for the lackluster soundtrack.

I am frustrated with Criminal Girls 2, because on one hand it’s a very solid dungeon crawler that most of the time doesn’t outstay its welcome. It has the right pacing, the battle system has some neat little quirks to it, and yet the downside is that it becomes grindy in more ways than needed. While I didn’t hate my time with Criminal Girls 2, I feel like it needed a much clearer direction to make the gameplay and story components more cohesive, and that’s where it fails. If you liked the first game, this review likely won’t sway you, but for those who are curious, just be prepared for a lot of scrubby brushes and goo flinging awkwardness.