2022 was a pretty great year for RPGs and gaming in general. After two years of seemingly constant pandemic related delays, I felt like last year the floodgates finally began to open up. While some platforms got more love than others — we’re still waiting on some RPGs Microsoft — Nintendo and Sony, along with lots of third party releases meant that RPGamers were constantly getting great games in a multitude of different genres all year. Below are a few of the things that stuck out to me from this past year.

Two years into this console generation and there has been little to allow the new consoles to flex their muscles. While there is still a PlayStation 4 version, Horizon Forbidden West feels like it is beginning to scratch the surface of the potential for this generation. The world is expansive and it is a joy to explore the ruins of the American West. The action combat is exciting and frenetic as players tackle giant mechanical dinosaurs, yet it still rewards strategic thinking as enemy weaknesses and weak points are key to taking down enemies. Forbidden West is a great RPG that despite being a major Sony release was a bit overlooked, arriving in the shadow cast by Elden Ring. 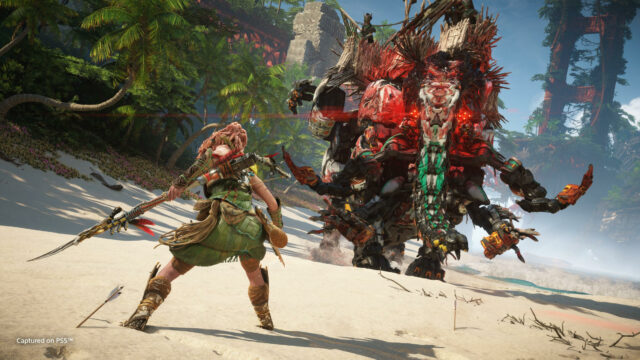 It’s so much fun taking down the enemies in Horizon.

While I enjoyed Lost Judgment, I’m not sure that the story of that game was quite strong enough to support its fifty-or-so-hour run time. However, The Kaito Files provides all of the best parts of the detective storyline that the Judgment series is going for, in a more fitting package. It takes a lovable but underused character from the main game and gives Kaito a mystery to solve that opens up his backstory. I think the Judgment mystery solving works better in this smaller, more compact format where the story can be completed in ten hours or less. The Kaito Files had one of the best, most touching stories I played in 2022 and I can’t recommend it highly enough.

Best game I’ve played before but officially released in 2022:
The Legend of Heroes: Trails from Zero

Being a huge Trails fan, I dove headlong into Trails from Zero when a fan patch for a Chinese PC version released a few years back. I’m so glad that essentially the same excellent translation has made it out for the rest of the RPGaming public to enjoy. The Crossbell games are a complete delight. The main cast — Lloyd, Ellie, Tio, and Randy — are a fun bunch to explore the boulevards and back alleys of Zemuria’s famous city-state. I think that Zero, along with its sequel Trails to Azure, are the pinnacle of the series so far. They manage to tie in continuing threads, foreshadow events to come, while telling an interesting main story about a small state buffeted between its two larger neighbors and their machinations that undermine Crossbell’s ability to be an independent, functioning democracy. It’s a perfectly good place to jump into the series, but anyone with an interest in the series should not miss these games. 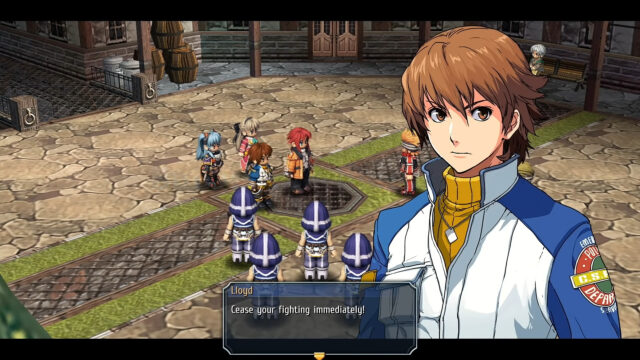 Lloyd is such a great lead character; doing his best to solve all of Crossbell’s ills.

I often spend nine or ten hours a day staring at a computer screen for work, so the last thing I want to do when work is over is go right back to the desk and play a game. So even though I’m not often using it portably per se, the Steam Deck has been perfect for me and has rekindled my interest in PC gaming. Now I can lounge on the couch after a long day and enjoy almost anything that comes out on Steam and if I want to play a game on the big screen, I can bounce to my PC and Valve has made this an impressively seamless experience. The Steam Deck isn’t perfect — I would appreciate a sharper, more vibrant screen and more battery life is always welcome — but I found myself turning to the Deck to play games constantly all year long.

Non-RPG that let me live out life as a cat:
Stray

There were a lot of good indie titles this year, but the one that grabbed me the most was a third-person cat adventure game. Stray follows a cat that falls into a walled city filled with robots and sets out to return to the surface with the help of a drone companion. Stray makes great use of environmental storytelling and sets up an interesting post-apocalyptic world to explore. The animations perfectly capture the subtle movements of a cat and I was amazed that a story about a cat was the most touching thing I played all year. 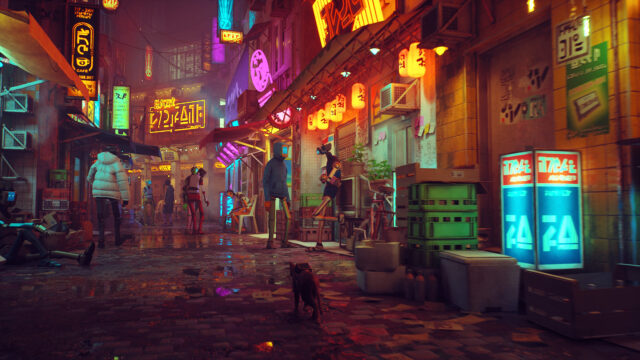 The world of Stray is so vibrant and interesting.

No. Nope. Absolutely not!

Easily topping the new entrants into the strategy RPG genre is Triangle Strategy, a game that manages to capture most of the things I like about strategy games. Triangle Strategy has excellent map design that does a great job of utilizing terrain. Also, the combat system incorporates elemental effects to make gameplay scenarios that are an interesting challenge to figure out. There’s a compelling political story to follow and the Scales of Conviction system, where the player has to convince the party on the course of action to take, was a great way to enliven the choices that most RPGs present. While it doesn’t quite reach the narrative heights of Tactics Ogre: Reborn, I can’t wait to see what Square Enix does with this series next.

With 2022 being such a great year (minus Metal Max), I can’t wait for what’s in store for 2023. We’re slated to get a new Fire Emblem, Legend of Zelda, Like a Dragon, two Trails games, Final Fantasy XVI, and hopefully Bethesda’s first new RPG in five years. 2023 is shaping up to be an epic year for RPGs.