Metal Max Xeno to Be Reborn in Japan in March

Kadokawa Games announced that Metal Max Xeno: Reborn, its remake of Metal Max Xeno, will be released in Japan on March 26, 2020. The game will be released for PlayStation 4 and Nintendo Switch. It will have a special edition that includes a collector’s box, a copy of the game, two codes for in-game items (one of which is included with standard copies as a first-print bonus), a special booklet that includes a Pochi-themed manga from Atsuji Yamamoto, and three special pins. 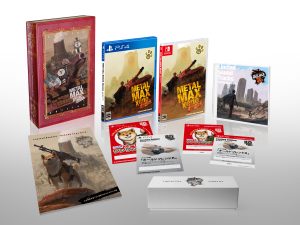