While a western release had seemed doubtful, a double-pack console release of both Robotics;Notes Elite and Robotics;Notes DaSH in Japan gave Spike Chunsoft a prime opportunity to expand on its previous successful western Steins;Gate releases. While Elite offered a highly engaging tale with plenty of interesting threads, DaSH offers a sequel to that tale, connecting it even more with the previous entries in MAGES’s Science Adventure series. DaSH doesn’t try to pretend to be anything more than a game for fans of the series, and though the fan-service elements get a little bit much at times, it provides an enjoyable and satisfying experience for those looking to spend more time with the cast.

DaSH takes place the summer after the events of Elite, and sees Steins;Gate’s Itaru “Daru” Hashida arriving on the island of Tanegashima ahead of its summer festival. Meanwhile, previous protagonist Kaito Yashio returns to the island after leaving to concentrate on his studies and new life goal, a decision that has left his relationship with childhood friend Akiho in an awkward place. Much of the plot ends up driven by the delusion-based elements of Chaos;Head and Chaos;Child, though actual knowledge of the events of those two titles isn’t actively needed here. The connections to Steins;Gate are much more apparent, with Daru and Nae’s appearances being combined with plenty of comments from the rest of the class on the game’s Twipo social media analogue, and full knowledge of that gets very much rewarded in DaSH. 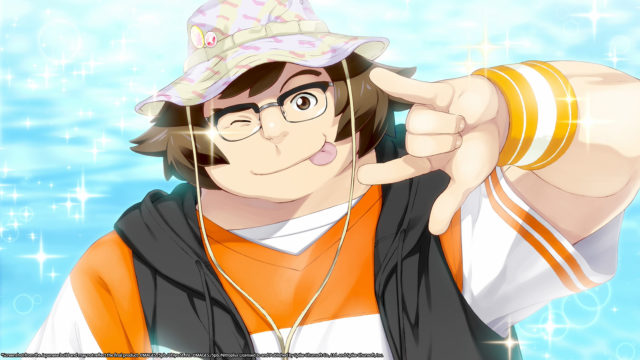 The Super Hacker is a major presence in Robotics;Notes DaSH.

Ultimately, Robotics;Notes DaSH occupies an odd space that falls somewhere between true sequel and fan-disc. It uses the same general route structure as Elite, with all of the character routes needing to be completed before the canon route and final chapter is made available for players. However, while its predecessor’s individual routes were all canon parts of a linear timeline, this time the routes for the individual characters — barring Akiho — are very clearly not canon.

DaSH’s narrative is rather mixed in its effectiveness. The entire first half of the game is unashamedly high on fan-service, making the female characters wear different outfits, while Daru’s perverted nature takes over to such an extent that it becomes tiresome. Meanwhile, Kai is very enjoyable as a character who has found his focus and is more willing to get involved in things, though it seems to come at the cost of Akiho losing much of her engagement in the proceedings. There are story reasons for it that pay off in the very end, but it is unfortunate that she spends much of the game subdued.

Thankfully, things get much better when the game actually gets into its separate routes. Some are better than others, but they at least either build upon the character development or expand upon some of the questions left from Elite. Once players have gotten to the final, canon pair of routes, however, the game properly gets into its stride and shows why the series has become popular. Though there is a certain amount of suspension of disbelief needed, the final section is very exciting and puts a great cap on the story for these characters and their relationships. 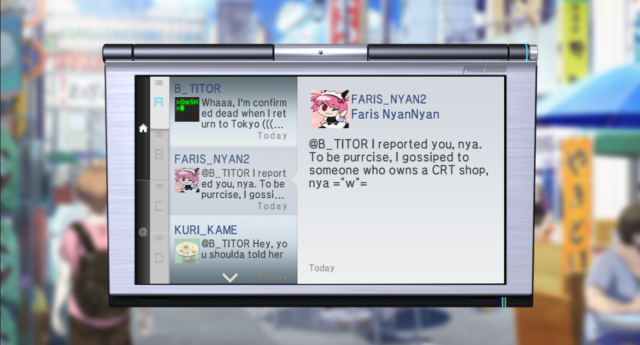 Other familiar characters don’t appear in person but are present in other ways.

The sequel uses a different choice system than Elite. There is no replying to Twipo messages on the player’s part; Daru and Kai simply reply by themselves without any input in the same manner as the rest of the cast. Instead, routes are locked in to based on the order players visit locations during certain investigation scenes. It makes for a much easier system to work with in order to activate those routes, but again there is no logic in how those choices result in specific routes.

Much of what was previously said about Elite applies for the visuals and audio in Robotics;Notes DaSH. The sequel doesn’t make any significant changes or upgrades, other than a UI tweak and the aforementioned costumes for all of the female characters. The 3D character models still look nice and are pleasingly animated, while the Japanese voice acting is good and Takeshi Abo’s soundtrack is very enjoyable to listen to.

Robotics;Notes DaSH is absolutely one for those who are already fans of the Science Adventure series rather than anything that’s going to convert anyone, though the fact that DasH is bundled with Elite makes it easier to provide a combined recommendation. It’s very enjoyable to be able to spend more time with the characters, while the excitement of its true route helps it become a very satisfying visual novel experience.