The game features a new character called Unmei Sasanami. Unlike past protagonists, he acts as a manager rather than a player for Raimon Academy’s football club. He loves the sport but an incident when he was younger has led to a mental block that prevents him even from kicking a ball. The game’s story will include elements from the first game, focusing primarily on the original Football Frontier tournament, but it will see characters from across the series — including Mamoru Endou and Tenma Matsukaze (Mark Evans and Arion Sherwind in English) — all coming from the same time period. 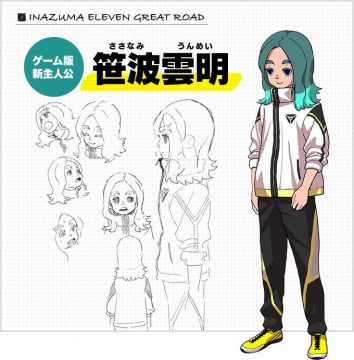 Inazuma Eleven: Great Road is being developed for PlayStation 4, Nintendo Switch, iOS, and Android. Level-5 previously announced that it was planning to release the game outside of Japan, but it has not confirmed a release window or platforms for any potential international release.