Combat is where The Alliance Alive truly shines.

1000 years ago, Daemons divided the earth with great barriers; since then, there has been no blue sky.  But one young lady, aptly named Azura, thinks the sky should be blue, even though everyone else — including main character Galil — thinks she’s crazy.  This is the introduction to The Alliance Alive HD Remastered, a game which originally landed on 3DS and has been upgraded to additional consoles.  Created by the minds behind the SaGa series and carrying similar DNA, Alliance Alive is intended to be a more approachable JRPG than its predecessors, with more accessibility and far less grinding. 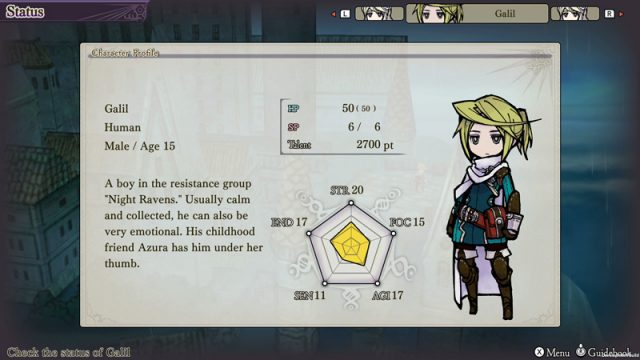 Players will start in the rainy realm, where as the name indicates, it is pretty much always raining.  Other realms that the player will wander into will include both a snowy region and a fiery land filled with lava, where they will meet additional adventurers and continue through an epic story.  An airship, introduced fairly early in the game’s story, will quickly become the way to move from region to region, acquiring new party members and overcoming new obstacles.  Along the way, players will meet not only humans, but also the mysterious race of Beastmen, which is comprised of several different kinds of anthropomorphic animal species, including frogs.

The story quickly encourages players to immediately get out into the story and combat of the world.  Towers the player visits along the way will give them support during combat with sabotage moves.  These can drastically change the flow of combat, so stopping in at as many towers as possible is highly recommended.  After visiting their first tower, Galil and Azura chatted with a friend who mentioned a nearby ruin had been discovered, and that it seemed it contains an airship that could travel between the regions!  The two were anxious to scamper off towards the ruins as soon as possible.

Combat is where The Alliance Alive truly shines.  While it plays out similar to a traditional JRPG, the SaGa roots of the series quickly come into play, as characters power up not by traditional experience, but by what actions they take during combat — for example, casting spells and skills are likely to give a player additional SP stat growth at the end of the battle, while being struck can improve their HP.  Using the same weapon over and over will unlock new skills — Azura quickly learned a new knife skill after stabbing a few enemies.  For those who find their characters aren’t learning fast enough, there are also additional talents which can be purchased outside of combat.  These can be weapon-specific, just like in combat, or can be non-combat skills, such as learning how to barter at shops for a lower price. 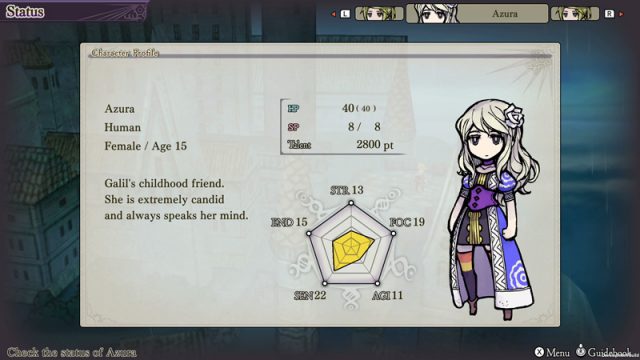 With a talented development team including the story writer from the Suikoden series, and music by the Final Fantasy XIII composer, it’s easy to see why the game made the leap to other platforms.  Whether you finished the game on 3DS or are visiting the world for the first time, there isn’t long to wait — The Alliance Alive HD Remastered launches October 8, 2019, on PlayStation 4 and Nintendo Switch, with a PC version coming in the future.