Ultimately, Cat Quest II: The Lupus Empire is more Cat Quest, and there’s absolutely nothing wrong with that — in fact, it’s seriously pawesome.

You’ve saved the kingdom, possibly the world, and decided to take a much-needed catnap — congratulations on beating the original Cat Quest.  Unfortunately, while you were asleep all manner of mayhem broke loose.  It’s up to our two erstwhile heroes, one cat of legend and one dog of…whatever…to sort out this giant tangle in Cat Quest II: The Lupus Empire.  Rival kings have arisen in both the Feline and Lupus kingdoms, and the heroic duo will need to save both before the world can feel safe again. 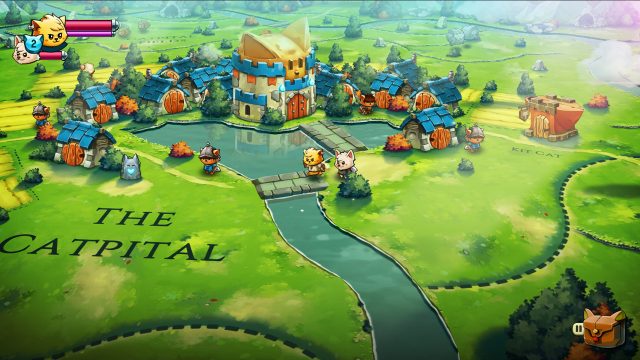 Only hinted at during the first game, Cat Quest II takes players not only through the familiar Feline kingdom, but also to the Lupus Empire, where dogs rule.  Dogs rule!?  No wonder the place is in such a mess.  Lioner the Usurper has taken control of the cat side of things, while Wolfen the Labrathor has conquered the lupus territories, and both will need to be liberated.  Armed with that breadcrumb of story, the two heroes head off into the game’s demo.

Combat is nearly identical to the first Cat Quest, though even players who didn’t purrchase the original can easily find their way through the introductory tutorial, which guides players through basic moves like attacking and rolling, before introducing slightly more complex magic casting and utilizing environments like traps to take on more challenging enemies.  Level ups come quickly and smoothly, and the player is soon able to wander out into the wider world, beating up enemies that each have their own attack patterns.  Delving into short dungeons, players are challenged with small puzzles or rooms with enemy formations that require thought to be defeated.

New to Cat Quest II is the Arcane Headpawters, where magic is both learned and strengthened.  With two characters, the cat and dog now each specialize in their own magical lines — the demo started the cat out with fire (which is cast in a circle near the feline in question), while the dog had ice magic (cast in a vertical line with the pup right in the middle).  What other magics each will learn are left up to the imagination, and the full game’s release.  As in the previous game, some enemies are weak to magic attacks, and by stacking magic equipment, our team’s cat hero was able to fell a rock monster with a single spell. 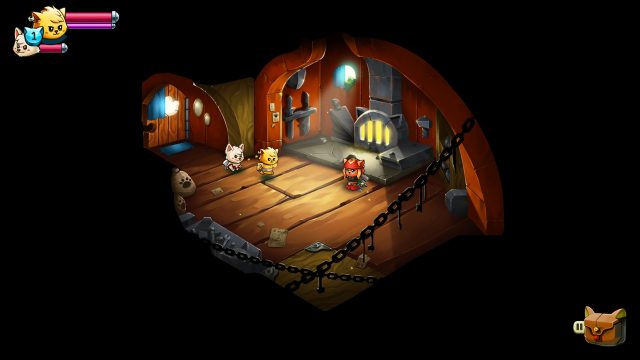 Ultimately, Cat Quest II: The Lupus Empire is more Cat Quest, and there’s absolutely nothing wrong with that — in fact, it’s seriously pawesome.  With the game dropping on September 24 for PC via Steam, and console/mobile releases to follow in 2019, players won’t have long to wait before they can dive into this purrfect title.