Being developed by a small team scattered all over the world, Backbone is ambitious in its scope.

In a world where the apes rule and everyone else gets their scraps, it’s up to one tenacious raccoon to make sure the slums don’t slide into total anarchy.  Or, at the very least, get paid to do small cases as a private eye.  Enter the gritty world of adventure game Backbone, where anthropomorphic animals are both the rising stars and the underbelly of this town. 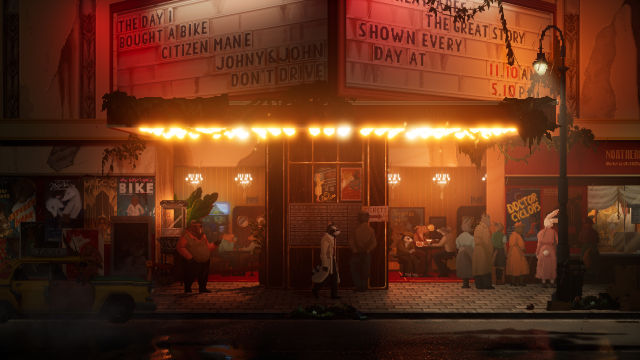 Dropped into the game with an established case, the demo takes the player in search of a cheating husband. Hired by his wife to gain evidence of his infidelity, the trail leads to drugs and high-class clubbing; those two are never a good mix.  Dialogue choices abound, and choices can change the attitude of the people interrogated.  For example, a punk squirrel won’t open up if he perceives he’s being disrespected — and especially not if the player chooses to be rude.  On the other hand, letting the local beaver with sharp eyes and ears blab to his heart’s content about wife and home life will net our striped detective info galore — and also some interesting lore about the world, where it seems the non-ape animals are under strict population control rules.

Armed with some initial information, the grouchy detective trundles off to The Bite — and with multiple ways to acquire this location, the game does give a fair amount of freedom for a linear story.  Turns out the club may be hustling some designer drugs, including hype, shatterfang, and…monkeybutt?  Gross.  Alas, investigative time in the club runs particularly short as the owner, an appealing bear with ties to the local mafia, dropkicks the detective out the door.  The devs are still deciding whether this will be a mandatory story beat; originally a way to stay inside the club was considered, but ultimately dropped for the current narrative course, though things may change again prior to release. 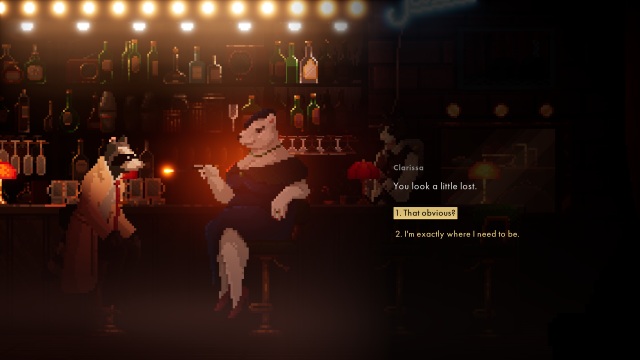 Sneaking back into the club provides a glimpse into the puzzle solving aspects of the game, encouraging players to line up four seemingly random items to acquire a code for the lift to descend deeper into the club’s bowels.  Solving it felt good, and it was short enough that it didn’t feel distracting or like it was padding the game.  Then came quite a shocking plot twist before the demo ended on a heart-pounding and stomach-wrenching cliffhanger.

Being developed by a small team scattered all over the world, Backbone is ambitious in its scope.  Launching in 2020 for PC, Mac, and Linux, as well as PS4, Xbox One, and Nintendo Switch, the game will give this determined raccoon plenty of clues to sniff out and locales to sneak into. 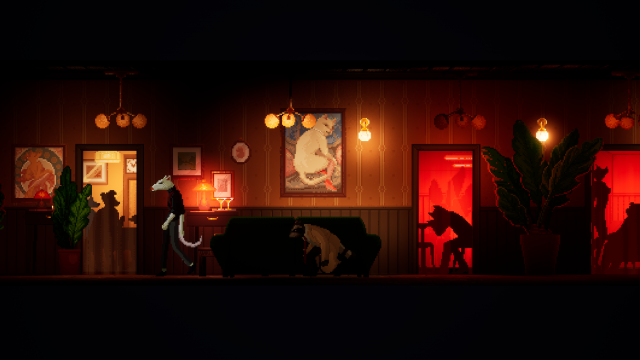