Ultimately, the goal of Witchstone is to provide players the ability to build their own world where consequences drive the narrative.  It’s a lofty goal.

Spearhead Games is an example answer to the question of what would happen if a D&D group from Montreal got together to make a game.  Formerly known as Project Witchstone, the studio’s newest game takes cues from lauded titles such as Baldur’s Gate and Divinity and blends it together with the developers’ past experience in narrative titles.  The “project” has been dropped and the upcoming title is now known simply as Witchstone.

The setting is classic: two factions are locked in a brutal war, ravaging the land and populace in their paths.  Fleeing from the violence, many are forced by geography to board ships and sail to a new island, away from either faction.  These new lands are filled with dinosaurs, power stones, and more mysterious loot.  By combining together this new magic source with existing and emerging technologies, the islanders are able to fight off the two warring factions and live a life of relative peace.  However, humanity being what it is, new factions soon spring up to spar on the island and war may not be so far away… 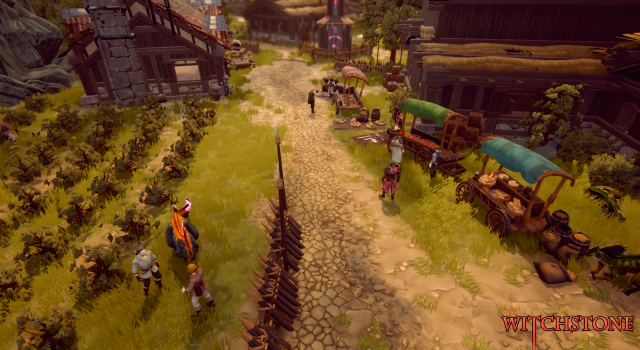 The game begins with character customization, where pen-and-paper RPG players will find plenty of comforting sights.  Stats, races and classes are familiar enough to those who’ve played a session or two of any kind of tabletop roleplaying system.  With both multiple races, multiple classes, and the ability to multi-class, every adventure can be a little bit different.  Once a party is formed, their actions and the consequences stemming from them will dictate the flow of the game.

For those needing a little direction, quests are available, though the world is fairly open to letting players simply wander through.  Meeting a local farmer being abused by three members of a newly formed faction, I had many options.  My party could side with the villager, attacking the faction members; alternatively, the group could ally with the faction members and beat up the farmer.  A third option would be talking down the faction members… hopefully having enough charisma to do the task.  Finally, players can simply ignore the situation and let it resolve however the AI chooses.  No matter which is chosen, there is a consequence — reputation with the associated members will rise or fall, affecting options later in the game. 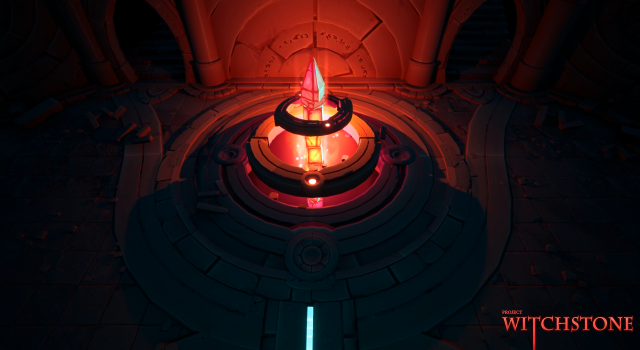 Combat is turn-based, with small QTE-style events to keep the player on their toes.  For example, if a swing from the warrior knocks down an enemy, a QTE window pops up to do additional bonus damage.  However, these additional actions are limited, so should be saved for when they’re the most useful; enemies that are already close to dead will run away, so players may not necessarily need to go all out to ensure an attack finishes them off immediately.  Much like other titles, taking items from inside people’s chests is not necessarily recommended, as they’ll get upset by having their goods stolen.  However, there are many ways to get at such goods.  Resolutions for taking these items can include intimidating the owner, offering to pay or barter, talking it over, or just going the brute force method and attacking them.  Alternatively, by being sneaky a player can loot as much as they can snag without being seen.

Unsurprisingly, charisma plays a heavy role in Witchstone.  As a character increases their charisma level, the number of words or phrases they can use to convince and cajole increases, as well as their success chance.  These silver-tongued party members can even recruit NPCs, though this has inherent risks and rewards.  Including the local blacksmith in a party means taking the things in his shop is no longer stealing, but if the man dies during combat, there will be no one to create new weapons in the area. 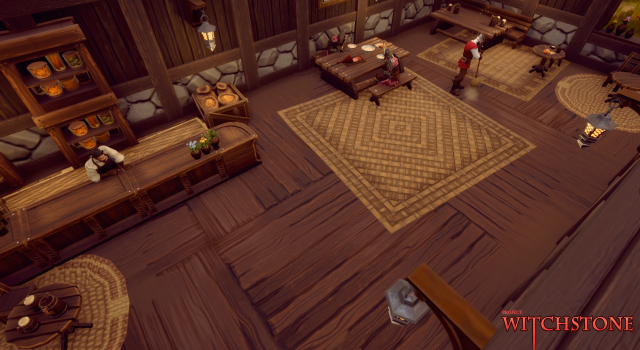 Ultimately, the goal of Witchstone is to provide players the ability to build their own world where consequences drive the narrative.  It’s a lofty goal — one many other games have strived towards with a mixed level of success.  Spearhead Games plans to launch a Kickstarter campaign in October 2019, with Early Access on Steam planned for Q1 2020; the game is expected to launch not only on PC, but also PS4 and Xbox One, with a Nintendo Switch version being considered once those are completed.