With about 150 total weapons, the player will have ample variety to choose from.

Since the first time it was announced, I was excited to get my hands on Crown Trick, a dungeon-crawling RPG with light puzzle elements.  Having thoroughly enjoyed both Moonlighter and Chocobo’s Mystery Dungeon: Every Buddy already in 2019, Crown Trick looks to satisfy the itch for randomly generated dungeons with oodles of enemies, challenging bosses, and interesting puzzles.

The young adventurer, star of the game, enters these mysterious dungeons armed with a companion — a crown perched upon their brow — and a weapon selected upon entry into the dungeon.  There are multiple weapon types in the game, including swords, lances, shotguns, staves, rifles, axes, and fist weapons.  With about 150 total weapons, the player will have ample variety to choose from.  Players can also defeat and capture over 20 familiars, which give them magical spells and other abilities to utilize while delving into the dangerous dungeons.  Defeating monsters earns the expected experience, and leveling up unlocks additional weapon types, relics, and new items. 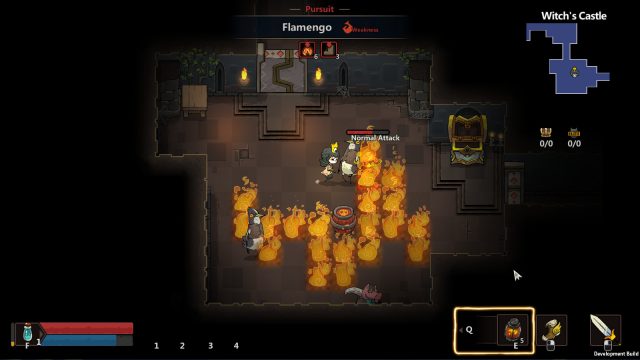 The crown perched atop our hero’s head gives many different kinds of powers.  For example, the player can teleport short distances (up to four spaces away), which not only allows them to dodge enemies and traps, but also to place enemies in specific positions.  Much like a Mystery Dungeon game, one movement of the hero is one movement of the enemies on-screen.  This includes moving, attacking, teleporting, or casting other spells.  Using teleport creatively can force enemies to walk into traps with fire, ice, or wind elemental effects.  This is particularly useful as many enemies have elemental weaknesses and forcing a magical broom to set itself on fire kills it much faster than whacking it with a handy weapon.

For those seeking the most streamlined gameplay, dungeons are labelled for easy identification.  Those titled “Main” are part of the main story, and are required for progression.  There are also “Prologue” dungeons which don’t impact the main story but do open up opportunities to acquire new relics or equipment, along with additional character levels.  There are also NPCs to recruit, and though the devs were a little coy on how these characters are acquired, they did confirm that, as NPCs are recruited, the player’s home base will grow and additional shops and gameplay features will become available. 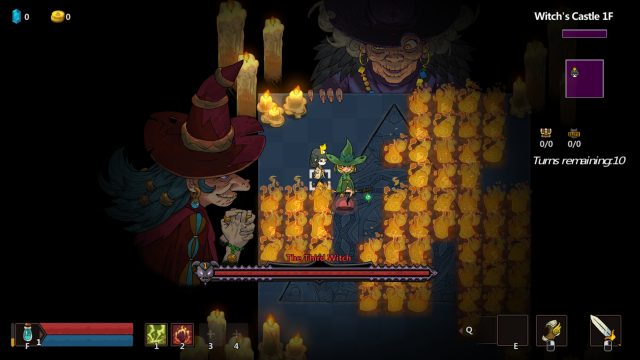 Currently the game is planned to be approximately four chapters long, with each chapter housing multiple main and prologue dungeons.  Main dungeons each have a boss, with their own tricks and traps to overcome, each with an item important to both the story and character growth.  Completing all dungeon achievements within a chapter will also unlock dream fragments, and when enough of these fragments are collected an additional hidden boss dungeon will be unlocked.

With a PC and Switch launch planned for 2020, it shouldn’t be long before even more details arise around Crown Trick, and a release can’t come soon enough.  Those interested in trying out the game’s alpha build can swing by the Crown Trick Discord. 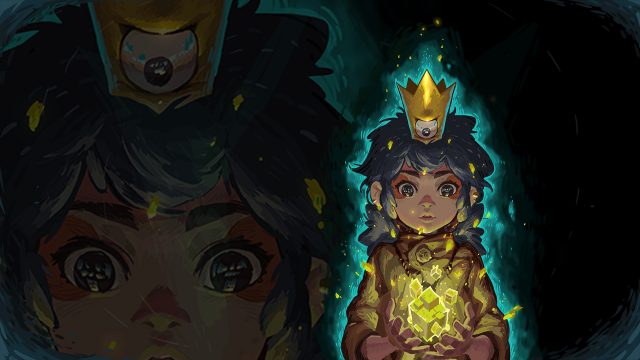