Nintendo posted a new 15-minute Direct presentation dedicated to the upcoming Pokémon Sword and Shield games releasing this year, also releasing plenty of new images for the games. The presentation began with the appearance of a new trailer, viewable below along with the full replay of the presentation, showing off many of the features detailed in the Direct.

The original announcement introduced the games’ three starters, with the Direct adding five more brand new Pokémon appearing in the game. The new Pokémon shown were Wooloo, the sheep Pokémon; Gossifleur, the flowering Pokémon; Eldegoss, the cotton bloom Pokémon and evolution of Gossifleur; Drednaw, the bite Pokémon; and Corviknight, the raven Pokémon. With the game becoming more open-world, the area between towns is now known simply as the large Wild Area that has several different environments and weather patterns that affect the types of Pokémon that appear there. 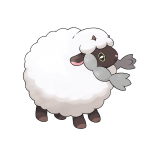 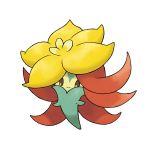 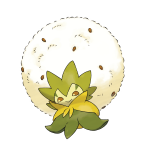 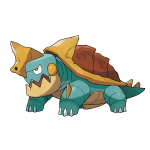 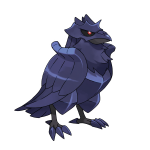 Combat introduces a new feature called Dynamax. Pokémon from the region can Dynamax, which makes them grow massively in size with a corresponding power increase. Dynamaxing can be used once per battle, with the Pokémon returning to normal size after three turns.

Players can connect to other players at special points scattered around the Wild Area, where they can team up for Max Raid Battles. These battles see four trainers face off against a Dynamax Pokémon that stays in that state for the battle and has other special abilities. Only one player can Dynamax in the raid battle, while victory will allow the party to capture the Pokémon.

Some more characters were introduced. Leon is the current region champion, who is undefeated and adored by the region. He has a younger brother called Hop, who acts as the player’s rival and begins his journey on the same day as the player character. The two are supported in their journey by Professor Magnolia and her granddaughter and assistant Sonia. Pokémon battles are hugely popular and often televised in the region of Galar, so gym battles take place in stadiums designed to accommodate Dynamaxing. One of the gym leaders is Milo, who specialises in using grass-type Pokémon.

To round out the presentation, another short video — appended to the below version of the introductory trailer — was shown revealing the flagship legendary Pokémon of the games, the wolf-like Zacian and Zamazenta. Finally, the release date for Pokémon Sword and Shield was revealed to be November 15, 2019. The game will be released simultaneously worldwide. A double-pack containing both games will be available to pre-order from today.