Famitsu has posted a new preview for Fire Emblem: Three Houses, which provides lots of new details and images for the upcoming tactical RPG. The preview includes information on further characters appearing in the game as well as crests, abilities, and battalions.

The preview begins by introducing Rhea, the leader of the Church of Seiros that oversees the peace on the continent of Fódlan between its three main powers: the Adrestian Empire, the Kingdom of Faerghus, and the Leicester Alliance. From its base at the Garreg Mach Monastery, the Church hosts the academy that the protagonist is invited to. The academy helps train future leaders from all three nations and is split into three houses, each representing one of the continent’s powers. Rhea herself is known to be generally motherly and gentle, but will show no mercy towards those who decide to go against the Church.

Crests play important roles in the world of Fire Emblem: Three Houses. Some characters are the bearers of these crests, which signify the lines of succession of important families. For example, for many generations the throne of the Adrestian Empire has been passed down to the bearer of the crest of Seiros. These crests also hold a more practical use, as they can grant the bearer exceptional abilities. The protagonist is known to have a crest, but the identity of the crest is unknown.

Characters in Fire Emblem: Three Houses have access to various skills. There are three main types of skills. Personal skills are unique to each character and offer bonuses, such as the leader skills of Edelgard, Dimitri, and Claude that offer a 1.2x experience boost. Class skills are skills unique to each class that are lost if the unit changes class. Finally, Professor Skills are ones that can be taught to characters and can be set at any time after being learned. Up to five of these Professor skills can be active at any one time.

The Black Eagles from the Adrestian Empire include Hubert and Dorothea. Hubert has worked for leader Edelgard since he was a child and is ruthless when it comes to ensuring her safety, while Dorothea is the sole commoner among the Black Eagles and previously worked as a singer in an opera troupe before becoming an academy student. Dedue and Felix are members of the Blue Lions from the Kingdom of Faerghus. Dedue is a servant for leader Dimitri and looks scary but is gentle, while Felix is a childhood friend of Dimitri who is always trying to improve his swordsmanship. Finally, Lorenz and Hilda are in the Golden Deer of the Leicester Alliance. Lorenz is a noble and considers himself a romantic, though his results are lacking, while Hilda is the only spoiled daughter of a duke. 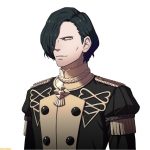 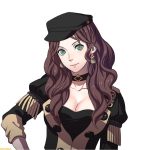 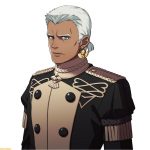 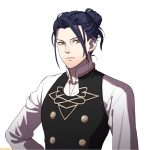 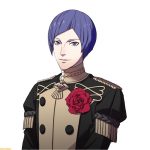 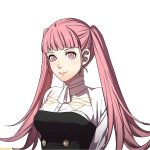 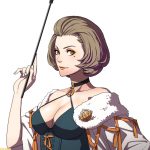 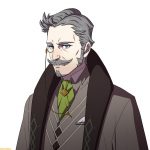 Joining them are Manuela and Hanneman. Manuela takes on the dual role of a teacher and doctor, and prior to joining the academy was the top-billed member of an opera troupe. Meanwhile, Hanneman acts as both a teacher and researcher examining the powers of crests, and gets excited whenever they come up.

Fire Emblem: Three Houses brings a new gameplay element to the series: battalions. Previously, all units in Fire Emblem games fought individually; however, Three Houses sees these units leading squads of soldiers. As the story progresses, players will become able to hire battalions from the Knights’ Guild and assign them to units. As the leader unit takes damage, the battalion’s HP will decrease. If the battalion’s HP reaches zero then the unit will lose any benefits the battalion provides, such as stat boosts. The battalion’s HP can be replenished at the guild, and battalions can also level up and develop new abilities.

Units that are assigned battalions can gain access to special abilities called gambits. Gambits can come in many forms, such as a special attack or offering support to allies. Gambits have a limited number of uses per battle, but are not fully used up like items; can hit multiple enemies at once; and do not trigger counter attacks like regular attacks.

The preview showed multiple gambits being used. A simultaneous spear attack targets both the targeted enemy as well as those one tile to the left and right, while also inflicting a distress ailment that reduces all stats by ten percent and stops movement as well as gambit and ability use. Another gambit grants +5 movement to all allies within a certain range. There is also a gambit that forces a selected adjacent enemy to move to the tile behind its user, which is useful for luring enemies out of terrain that conveys an advantage.

The previous preview provided some basic details on Three Houses‘ class system, where characters no longer return to level 1 and do not lose any weapon proficiency when changing class. Changing class in Three Houses requires passing a qualification exam by using an Exam Pass for that class’ rank. All characters start out as either a Commoner or Noble, able to change into the first rank of classes at level 5. At level 10, they can then access the next rank, with the new preview showing some of these intermediate classes.

The Mercenary class is both powerful and quick, easily able to gain proficiency in sword and axe weapons. The Cavalier is a balanced mounted class that is good at using hit-and-run tactics thanks to its ability to move after acting. The Brigand is a tank-style class with high HP and power ratings, which specialises in using axes and the brand new gauntlet weapon type. The Fist Fighter is a male-only class that is able to fight without a weapon. The Mage is good for dealing with enemies with high defence and specialises in fire magic with an ability that lets them use fire magic twice in one turn. The Dark Mage is another male-only class that specialises in dark magic and can curse enemies to give them a massive penalty to evasion.

Fire Emblem: Three Houses follows a yearly calendar as time passes between battles. The year is divided into twelve months, and each month is the equivalent of a chapter of the game. The month is divided into weeks, including weekdays and weekends. Players have multiple potential things to do outside of battle. These include training a certain number of students per week, interacting with students, or motivating students by answering their concerns with good advice.

Players can also tutor specific students, potentially helping raise their proficiency in certain weapons, and set goals for each student that they will work towards on their own accord. Two students can also be given a group task, which grants potential rewards depending on how successful they are at the task, as well as potentially improving the bond between those students. As players raise their own ability levels, they can increase the number of actions they can do each week.

Fire Emblem: Three Houses is being developed by longtime series developer Intelligent Systems with assistance from Koei Tecmo and is set to be released worldwide for Nintendo Switch on July 26, 2019. The game will be available in standard physical and digital editions as well as in a limited Seasons of Warfare Edition.