Nihon Falcom has launched the official Japanese website for its latest title in the Ys action RPG series, Ys IX: Monstrum Nox. The new details include a pair of new characters, with the developer also providing more details on the game’s setting and a few gameplay elements, along with new artwork, screenshots, and clips of in-game footage.

As previously revealed, Ys IX takes place around the city of Baldeux, a major city in the Romun Empire that is northeast of Esterior, the setting for Ys I & II. Baldeux is known as the “prison city” due to the fact it is home to the largest prison in the empire, which was originally constructed as a fortress to defend its borders. The prison is surrounded by steep walls of rock and moats, with a drawbridge being to only way to enter. The prison itself was previously used to hold those who were critical of the Romun Empire as political prisoners. 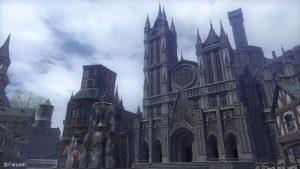 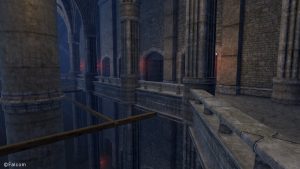 Baldeux is otherwise a regular city and major transportation hub, including facilities such as inns, bars, shops, theatres, and bathhouses. However, in recent times people labelled as Monstrum have been causing issues around Baldeux. These Monstrum are illusive people who appear to have supernatural powers. There is no de facto leader, with the Monstrum, often identified by their clothing, varying between helpers and outlaws.

One of these Monstrum is called White Cat. She is a thief who steals from the rich and uses the money to help those living in Baldeux’s slums. Her Heavens Run ability lets her run up walls and other vertical surfaces, potentially opening new routes or letting her find new discoveries on the city’s rooftops. Another Monstrum is Hawk, who appears to be using his twin swords as a murderous vigilante and has a habit of getting into fights as a result of his drinking habit. Hawk has the ability Hunter Glide, which lets him unfurl large wings and glide long distances. 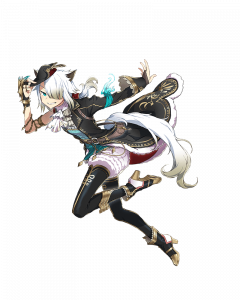 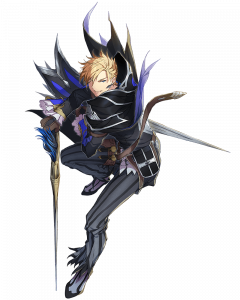 Ys IX: Monstrum Nox is planned for release in Japan in 2019. The game is currently being developed exclusively for PlayStation 4. No announcement has been made regarding a potential western release for the game.

Please note the videos below do not have sound.