XSEED Games has announced that the PlayStation 4 version of The Legend of Heroes: Trails of Cold Steel will be released in North America on March 26, 2019. The game will be available in a physical $49.99 Decisive Edition that includes a 21-track soundtrack selection CD, SteelBook case, 50 mira collector’s coin, and a 52-page manual that includes “Alisa Reinford’s Cold Steel Crash Course!” comics, while the digital edition will cost $39.99. The game is being published in Europe by Marvelous Europe, though a release date in the region has not yet been confirmed.

Update — Marvelous Europe has now confirmed that the game will be released in Europe on March 29, 2019. The Decisive Edition will also be available in the region. 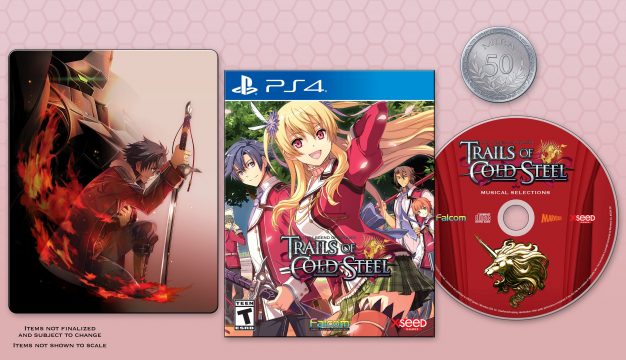