Bandai Namco has revealed the latest trailer for Code Vein and announced that the game will be released in North America on September 28, 2018, for PC, PlayStation 4, and Xbox One. The trailer runs for three minutes and is primarily focused on the game’s story, which takes place in a post-apocalyptic world where a phenomenon called the Thorns of Judgment has laid waste to human civilisation. As a result of this phenomenon, surviving humans have gained supernatural abilities at the cost of severe bloodlust that can turn them into members of the mindless cannibalistic force wandering the world known as the Lost.

There is also an extended Japanese version of the trailer, viewable below, that gives a Japanese PlayStation 4 and Xbox One date of September 27, 2018. The Japanese video also shows pre-order bonuses of four weapons (three taken from the God Eater series) as well as a limited collector’s edition. The bonuses are confirmed for North America and Europe, while the collector’s edition (known as the Bloodthirst Edition in Japan) is currently only confirmed for Europe and includes: 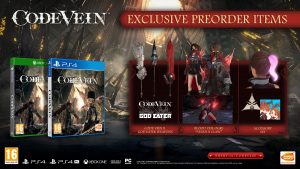 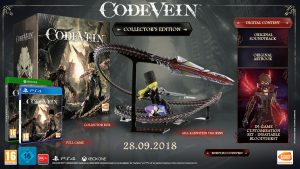